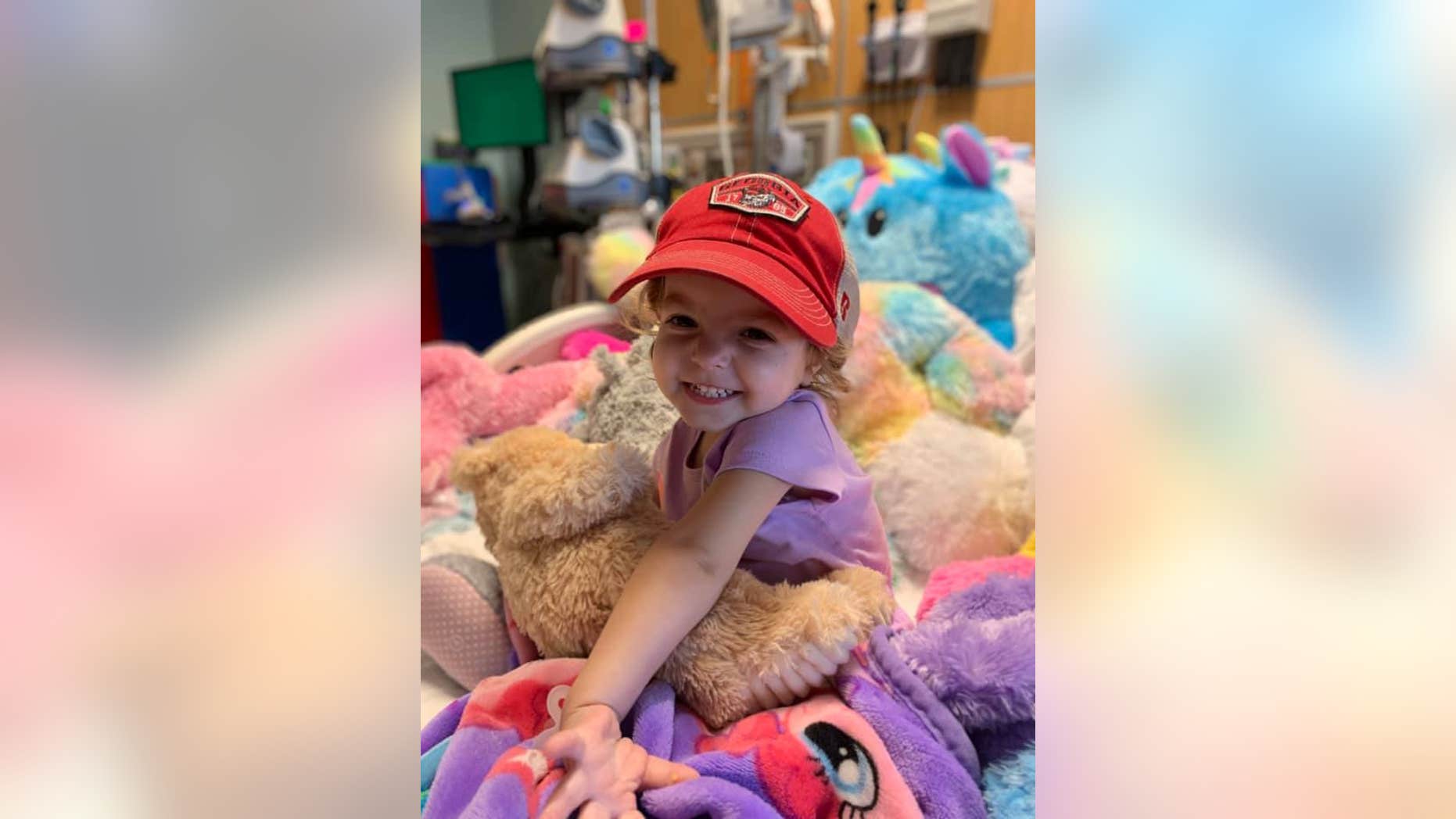 McKenna "Kenni" Xydias had been experiencing fevers on and off for a few months, as well as a bloated stomach but her parents said her doctors suspected it was gas.
(Courtesy of Xydias Family)

On the morning of her daughter’s first chemotherapy treatment, Meagan Xydias was told her 2-year-old would never be able to scuba dive as a result of one of the potentially life-saving drugs she was about to receive.

“That made me cry so hard,” Xydias, a teacher in Georgia, told Fox News. “And I don’t know why. I was like, ‘She won’t be able to be in the Navy.’ We’re not even a scuba-diving family. I’ve never even done it before but thinking about those small things that will affect her for the rest of her life — she’ll have to look back and say ‘Oh I got cancer, so now I can’t do this, or I can’t do that. But it’s part of her story now.”

Two weeks ago, Meagan and Michael Xydias brought their youngest child, McKenna “Kenni” Shea, to the doctor after weeks of on-again-off-again fevers, irritability, picky eating and bloating in her stomach. The family had recently moved and switched pediatricians, while also introducing Kenni to a new daycare, so her symptoms didn’t seem overtly alarming to anyone.

But an X-ray on Feb. 14 revealed that Kenni’s bowels were full. After hearing several times that Kenni was likely suffering from constipation or gas, Meagan Xydias said she pushed for more answers and they were sent to Children’s Healthcare of Atlanta Scottish Rite Hospital for an ultrasound.

The concerned parents would soon learn that their daughter’s symptoms were actually the result of cancerous tumors that had been growing in her body.

Kenni’s tumors were officially diagnosed as stage 3 yolk sac ovarian cancer, the result of germ cell tumors that typically form in the reproductive organs of children, but can also appear in other areas including neck, chest, abdomen, tailbone, pelvis or brain.

Germ cell tumors only account for about 3 percent of all childhood cancers, according to St. Jude Children’s Research Hospital, which also states that there is no known reason for why they develop, but that it is more common in people with certain inherited disorders.

“I don’t think my husband believed that she being 2 years old could have ovarian cancer,” Xydias said. “Me, I was stuck on the cancer part.”

Surgery to remove the tumors, as well as chemotherapy to attack the remaining cancerous cells, is typically the recommended course of treatment. Kenni’s surgeons removed some of the tumors, along with her right ovary and five inches of her small intestine, and now she faces four rounds of chemotherapy.

Once upon a time I used to scroll past prayer requests for this or that or the other, but I am never going to do that again.

A part of her treatment plan, Kenni is participating in a study that involves three chemotherapy drugs, including one that may have less severe side effects than another currently available, which can leave patients with long-term hearing loss. Xydias said they don’t talk percentages with Kenni’s team, but that doctors are confident the tumors will respond to the chemotherapy.

Xydias said once she learned that the cancer was attacking her daughter’s ovaries, she grew concerned about her future fertility, but the low dose of chemotherapy puts her at a lower risk of affecting her remaining ovary. Xydias said that once Kenni hits puberty they will return to assess any damage.

“She doesn’t like people in scrubs anymore after being poked and prodded,” Xydias said of her daughter. “I think in the past two days she’s opened up quite a bit more. She’s giving people the ‘Kenni eye,’ like ‘Are you going to touch me or are you here to talk to Mom and dad?’”

Her smile has also returned, something that her mom said had disappeared for several “heartbreaking” days. Kenni’s room is filled with stuffed animals, which she has been using as a barrier between her and the doctors.

“She takes [the stuffed animals] and covers herself with them and hides in them to hide from the doctors,” Xydias said. “The doctors accessed her port to start chemo and as soon as they were done she hid the port under her teddy bear. She’s a very smart 2-year-old.” 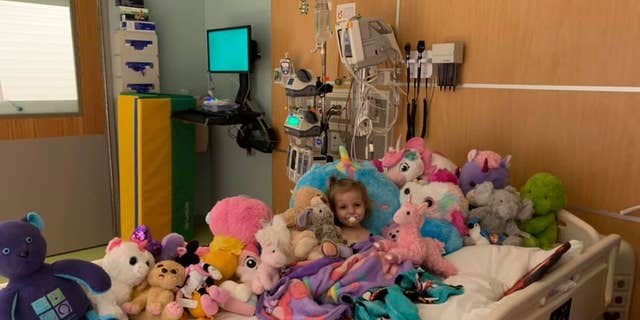 Xydias said her daughter finds comfort in her stuffed animals, especially when she is trying to hide "from anyone in scrubs."
(Courtesy Xydias Family.)

Xydias has been keeping their family and friends updated on Kenni’s progress with the “Fight with Kenni” Facebook page, where she also has received advice and tips for things that, up until two weeks ago, were foreign to her.

She also said she wants Kenni’s story to reach parents who may be hesitating to push for a diagnosis, or ask more questions at the doctor’s office.

“If that just helps even one person, then it’ll all be worth it,” she said.

Connecting with others who have been through similar situations, or hearing from supporters offering thoughts and prayers has helped the family march forward. She also credits their “village” with helping to care for their two boys, who have also had help processing their sister’s illness.

“Once upon a time I used to scroll past prayer requests for this or that or the other, but I am never going to do that again,” Xydias said, adding that she’s formed an unspoken bond with other parents in the hospital.

"I feel a connection to those parents sitting there in the ICU or wherever and wanting to know what to do for their babies… I get it in a way that I never did before," she said. "And hopefully not a lot of people will ever have to."