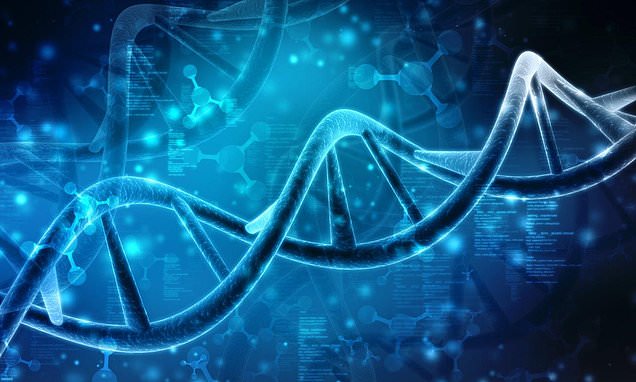 A test can work out which prostate cancer patients may be eligible for a pioneering ‘seek and destroy’ treatment.

But the promising therapy doesn’t work for everyone – and this new test will make it easier to spot the men for whom it may be effective.

The team of scientists developed the test to see whether prostate cancer patients have a problem with their DNA which stops it repairing itself.

This is linked to how much of a protein called prostate-specific membrane antigen (PSMA) someone has, they found.

Higher amounts indicate the treatment may be suitable because it is these PSMA proteins which the treatment targets, so more of them gives it more targets. 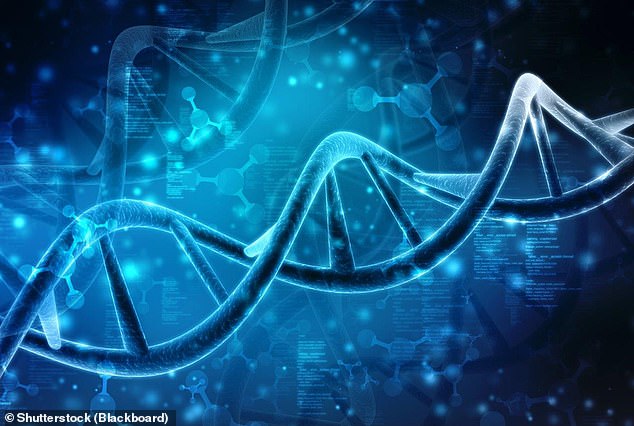 This means men with the error may be prime patients to test it on, according to the team at the Institute of Cancer Research in London.

They said the genetic test could be used as a first screening test to work out which patients should be given the radiotherapy.

‘We found that testing for DNA repair defects was a good indication of which tumours had high levels of PSMA – and so would be expected to respond to these PSMA-targeted therapies,’ said Professor Johann de Bono.

‘We will need to further assess the use of DNA tests to target these treatments effectively in routine care.

‘But we can already now start to take into account DNA repair faults in our design of clinical trials.

‘Our new study helps to explain why some patients respond to search-and-destroy treatments and others don’t.

‘Understanding the biology of response to these new treatments is critical to getting them into use in the clinic as soon as possible.’

The researchers are now planning to trial the treatment, which works by aiming destructive radiation particles at cancerous cells.

These deliver a powerful shot of radiation to tissue 1mm around it, destroying the cancer but avoiding the collateral damage caused by traditional radiotherapy.

Current radiotherapy risks damaging healthy tissue around the prostate, which can cause debilitating side effects such as incontinence or erectile dysfunction.

PSMA radiotherapy is being tested in 10 trials around the world and its developers say it could help at least 5,000 British men each year if the NHS started using it. 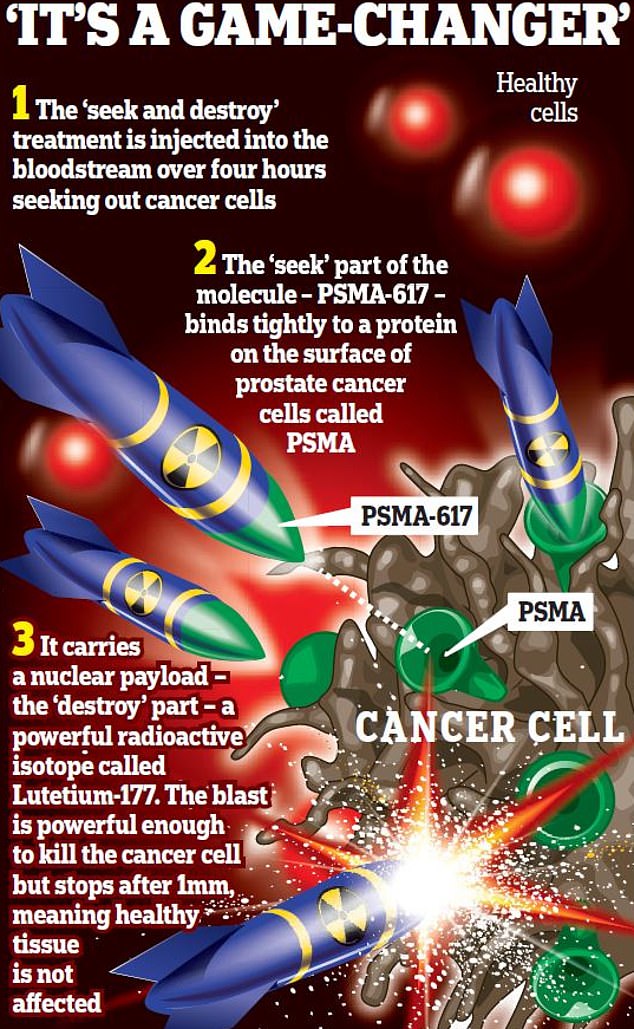 The breakthrough PSMA radiotherapy treatment became available privately in Britain for the first time recently and its developers hope it could benefit more than 5,000 men a year if the NHS starts using it

Professor Paul Workman, chief executive of the ICR said: ‘PSMA-targeting drugs are an exciting new wave of treatments coming through for prostate cancer.

‘They combine a potent nuclear medicine with a “homing signal” that searches out prostate cancer cells.

‘To get these new drugs into the clinic, we need a good understanding of the biology of the treatment response and how to spot those patients who will most benefit.

‘This new study gives us an important handle on how to select men for treatment.’

The research was published in the journal European Urology.

WHAT IS PROSTATE CANCER?

How many people does it kill?

It means prostate cancer is behind only lung and bowel in terms of how many people it kills in Britain. In the US, the disease kills 26,000 each year.

Despite this, it receives less than half the research funding of breast cancer – while treatments for the disease are trailing at least a decade behind.

How quickly does it develop?

Prostate cancer usually develops slowly, so there may be no signs someone has it for many years, according to the NHS.

If the cancer is at an early stage and not causing symptoms, a policy of ‘watchful waiting’ or ‘active surveillance’ may be adopted.

Some patients can be cured if the disease is treated in the early stages.

But if it diagnosed at a later stage, when it has spread, then it becomes terminal and treatment revolves around relieving symptoms.

Thousands of men are put off seeking a diagnosis because of the known side effects from treatment, including erectile dysfunction.

Tests for prostate cancer are haphazard, with accurate tools only just beginning to emerge.

There is no national prostate screening programme as for years the tests have been too inaccurate.

Doctors struggle to distinguish between aggressive and less serious tumours, making it hard to decide on treatment.

Men over 50 are eligible for a ‘PSA’ blood test which gives doctors a rough idea of whether a patient is at risk.

But it is unreliable. Patients who get a positive result are usually given a biopsy which is also not foolproof.

Scientists are unsure as to what causes prostate cancer, but age, obesity and a lack of exercise are known risks.

Anyone with any concerns can speak to Prostate Cancer UK’s specialist nurses on 0800 074 8383 or visit prostatecanceruk.org