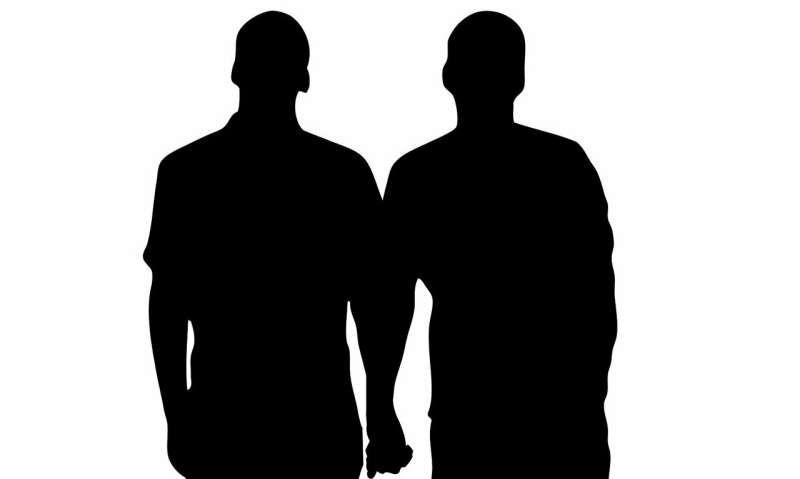 As the United States continues to recognize, include and protect the LGBTQ+ community, one part of that community may not come to mind immediately: older adults. LGBTQ+ individuals who were in their 20s during the Stonewall riots era more than half a century ago are entering a phase of life when long-term care like nursing homes may be needed, raising the question, who is protecting them?

A research team at Rush University Medical Center set out to find out how older LGBTQ+ adults felt in long-term care facilities and what guidelines were in place in these facilities to protect its residents.

The study was recently published in the journal Clinical Gerontologist and found that older LGBTQ adults fear discrimination in the long-term care setting, “leading to the invisibility of their identities,” in the words of the study authors, who include three faculty members in the Rush University College of Nursing and a student in the college’s Advanced Public Health Nursing Doctor of Nursing Practice program. These findings show a need for practices in these facilities to change if they are going to ensure that older LGBTQ adults don’t feel the pressure or trauma of coming out all over again.

A need for progress

The study authors searched four electronic databases for studies conducted between 2000 and 2019 related to caring for LGBTQ+ older adults in long-term care settings. From their search, 20 eligible studies were selected to be reviewed.

“Due to the scarcity of research in the area of LGBTQ older adults, especially related to long-term care settings, we chose to conduct an integrative review that includes qualitative, quantitative, and mixed-methods study designs with the highest quality evidence, given that this work would be used to develop best practices,” Katherine Fasullo, BSN, RN, one of the co-authors of the study explains.

These studies showed an overall lack of knowledge among long-term care staff about their LGBTQ+ residents and that staff are unaware of the challenges faced by older LGBTQ+ adults and the stigma and biases they face in health care settings.

These findings called attention to a lack of uniform policies and best practices in the long-term care setting, leading the authors to make recommendations to promote equitable health care for LGBTQ+ residents.

A call for change

The recommendations center on staff training and facility policies that create and encourage a safe and validating environment for LGBTQ older adults. A major part of these recommendations is encouraging staff to not assume the sexuality or gender identity of residents.

To go even further, staff should not see LGBTQ+ resident as one group, but instead see each as a unique individual. When staff respect each resident’s own expressions that describe how they identify, it creates an equitable environment where residents may feel more comfortable discussing their personal lives.

“LGBTQ is often used as an umbrella term to talk about one community of people, says Fasullo. “What we need to recognize is that the letters in ‘LGBTQ’ each represent unique subgroups of individuals—and involves the intersectionality of sexual orientation and gender identity. When we treat LGBTQ individuals as unique, we are acknowledging their varying identities and lived experiences.”

Erik McIntosh, DNP, RN, ACNP-BC, one of co-authors of the study explains that LGBTQ individuals can have many intersecting identities including race, culture, religion, economics, geography, and more, and that these sometimes can compete with their LGBTQ identity.

“It’s important to recognize and hold space for these individual, intersecting identities in order to provide competent and personalized care,” he says. “Allowing residents to express their authentic self in a safe environment will lead to a healthy and thriving community.”

To increase inclusivity for these residents, nursing homes need to change their culture and practices. This can be done in a variety of ways, including offering socialization opportunities within the facility that allows LGBTQ+ residents the ability to build a community together, within their living arrangements.

Once the community is established, it needs to also be maintained, the study authors say. Offering a variety services and allowing residents to maintain connections outside of the their long-term care—by welcoming partners and friends as visitors—are integral to ensuring older adults feel comfortable and seen. The authors also recommend that in mainstream facilities, LGBTQ+ residents have a separate floor to help foster a sense of safety and community.

“For LGBTQ older adults, community is everything,” Fasullo notes. “Despite today’s older adults being the first “out” generation, they have experienced pervasive societal discrimination in their lifetimes.

When LGBTQ older adults enter long-term care, it is critical for them to be able to keep the safety of their built communities—whether from outside the facility or developing a new, welcoming community within the organization.”

The researchers go on to explain the significance of changing forms and policies to include LGBTQ+ residents. Facilities should not only review forms and policies, they say, but also gather input from LGBTQ+ older adults to ensure that policies and practices are inclusive and reflect the needs of every resident. This effort should include updating policies to allow for same-sex couples to stay together and partners to be included as next kin.

These recommendations stress the importance of changing resident rights and policies to include sexuality-specific protections as well as antidiscrimination polices that apply not only staff but also to other residents as well. LGBTQ+ older adults can face discrimination from not only staff, but also other residents who may harbor homophobia. The best way to for LGBTQ+ residents to feel secure and protected within a nursing home is to make sure both staff residents are held accountable for their actions and words.

Making the change and raising awareness

The study shines a light on the fact that members of the Stonewall era of the LGBTQ+ community are aging and on the importance of not letting them be left behind or forgotten.

Because LGBTQ+ older adults are more likely to live alone, be socially isolated, and have less family support, they have a disproportionate reliance on long-term care facilities, and not having protective policies and practices in place can leave this population at risk. Issues such as access to care and living arrangements that allow older LGBTQ+ adults to live and age in the same way cisgender heterosexual adults do is crucial to truly having an equal and equitable society.

Adopting inclusive care and policies is just the beginning though: Making them known to other residents, visitors and beyond also is necessary for them to be effective. From hiring staff, to updating forms, to creating LGBTQ-themed programming and activities, Long-term care facilities can make it visible to everyone that they are LGBTQ+-inclusive spaces and work to educate others about the aging LGBTQ+ adult population.

Fasullo is already putting these recommendations into practice during her time in the Advanced Public Health Nurse DNP program at Rush University. She is working with a long-term care facility to implement these best practices through the creation of the GLBT+ Older adults Leading Initiatives to Drive Change (GOLD program). The GOLD program works to amplify the voices of LGBTQ older adults in the facility by creating an LGBTQ Older Adult Advisory Council and events where LGBTQ older adults share their personal stories.