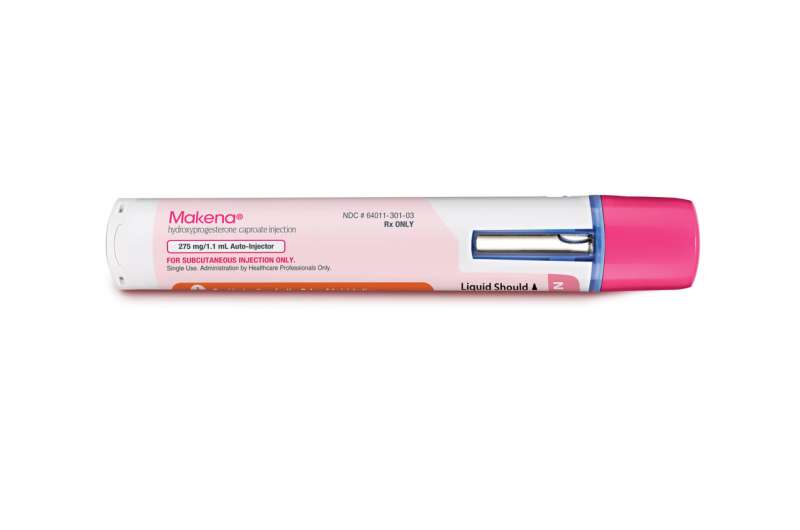 Federal health advisers ruled Wednesday that a drug intended to prevent premature births doesn’t work, clearing the way for U.S. regulators to follow through on a long-delayed effort to get it off the market.

The Food and Drug Administration’s advisory panel voted 14-1 that the injectable drug Makena should be removed from the market, despite appeals from the manufacturer to keep it available pending additional research.

The experts essentially agreed with a 2020 FDA decision that deemed the drug ineffective and called for its removal. The manufacturer, Covis Pharma, had challenged that decision, setting up this week’s rare public hearing.

“There’s no strong evidence that the drug is effective,” said Margaret Katz of the University of Southern California. “I would recommend the drug be withdrawn until we can get the data that really shows effectiveness.”

Most panelists encouraged Covis to continue studying the drug to determine if any women can benefit.

FDA Commissioner Dr. Robert Califf is expected to make a final decision on withdrawing the drug in the next several months. If Califf follows the panel’s advice, it would be the first time the FDA has formally pulled a drug that it initially approved based on promising early data.

The FDA granted Makena accelerated approval in 2011 based on one small study in which it appeared to reduce the rate of premature birth in women with a history of the problem. Preterm birth raises the risk of disability and death in infants and affects about 10% of U.S. deliveries.

FDA’s approval was conditioned on a larger follow-up study to confirm whether Makena resulted in healthier outcomes for babies.

But in 2019, results from that 1,700-patient international study showed the drug neither reduced premature births—as originally thought—nor resulted in healthier outcomes for infants.

The FDA has been moving to revoke the drug’s approval since then. But the long, bureaucratic process underscores the difficulty of removing a drug from the market when a manufacturer won’t do so voluntarily.

Luxembourg-based Covis Pharma argued this week that Makena benefits women at highest risk of early deliveries, including Black Americans, and proposed narrowing its approval to that group while it conducted another study to confirm its effectiveness. The company’s presentations included outside experts who said removing Makena would worsen racial disparities in prenatal care.

“The FDA should do what is best for our patients, which is to keep this medication available for those of us who manage these very high-risk patients every day,” Dr. Yolanda Lawson, an obstetrics specialist at Baylor University, told the FDA panel.

But the experts ultimately sided with FDA scientists, who stressed that they were “unable to identify a group of women for whom Makena had an effect.” The drug also carries risks, FDA noted, including blood clots and depression.

The FDA has faced pressure to crack down on unproven drugs approved under its accelerated approval program, which has allowed dozens of drugs to launch based on early results since the early 1990s. The flipside of the program means removing drugs when their initial promise isn’t confirmed by later studies.

Makena has become something of a poster child for the program’s downsides, since the drug has remained on the market for more than a decade without any confirmed benefit. According to a recent federal report, the U.S. has spent $700 million on Makena since 2018 through various government programs, including Medicaid.