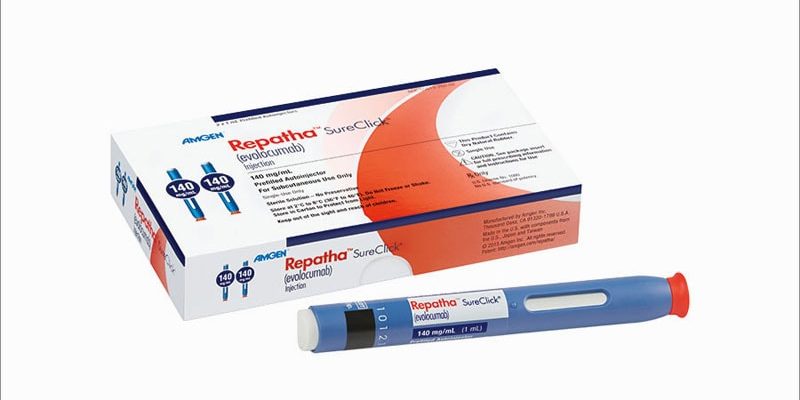 The US Food and Drug Administration (FDA) has approved evolocumab (Repatha, Amgen), a PCSK9 inhibitor, for use as add-on treatment to diet alone or with other therapies for children 10 years of age and older with either heterozygous or homozygous familial hypercholesterolemia (FH).

Approval was based on randomized trials of evolocumab in both types of FH, the agency notes in a statement released September 24.

The HAUSER-RCT trial included patients aged 10 to 17 years with heterozygous FH who were already on statins with or without ezetimibe. They were randomly assigned to receive monthly subcutaneous injections of evolocumab (420 mg) or placebo for 24 weeks. The results, published in the New England Journal of Medicine in August of 2020, showed an average 38% reduction in LDL cholesterol among treated patients.

In a separate study of pediatric patients with homozygous FH aged 11-17 years, those treated with evolocumab 420 mg monthly by subcutaneous injection for 80 weeks had an average 14% reduction in LDL cholesterol compared with baseline, the release said.

Patients with a serious hypersensitivity reaction to evolocumab or its excipients must not take the drug, the FDA said. “If signs or symptoms of hypersensitivity occur, patients must stop treatment,” it notes. Common side effects in pediatric patients include nasopharyngitis, headache, oropharyngeal pain, and upper respiratory tract infection.

Evolocumab was approved in 2015 for use in addition to diet and maximally tolerated statin therapy in adults with heterozygous and homozygous familial hypercholesterolemia or clinical evidence of atherosclerotic cardiovascular disease who require further LDL cholesterol lowering.

In 2017, the FDA approved a supplemental application for evolocumab to prevent myocardial infarction, stroke, and coronary revascularization in adults with established cardiovascular disease. It was also approved as an adjunct to diet, alone or in combination with other lipid-lowering therapies, for the treatment of adults with primary hyperlipidemia to reduce LDL cholesterol.