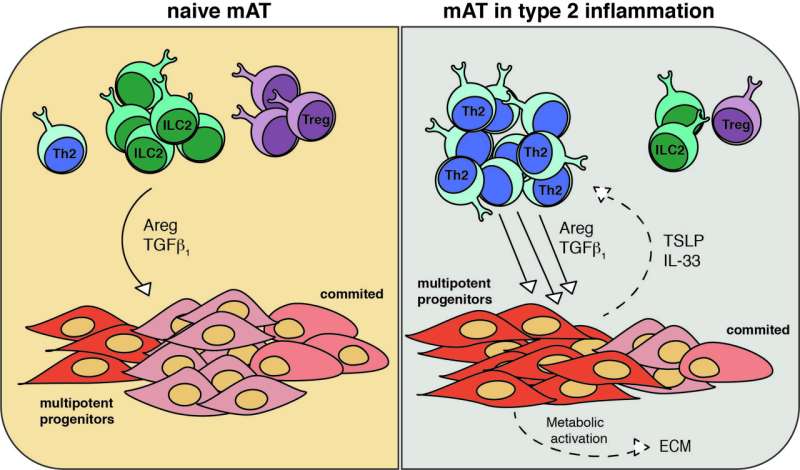 A team of researchers at the Max Planck Institute for Immunobiology and Epigenetics, working with colleagues from the Washington University School of Medicine, the Medical University of Vienna, the Van Andel Research Institute and the USDA has found that fatty tissue surrounding the intestinal tracts of mice help to eject gut-infesting worms. Their paper is published in the journal Science Immunology.

Prior research has shown that mesenteric adipose tissue aids the immune system in responding to pathogens and also certain types of cancer. In this new effort, the researchers found that it also assists with combating parasitic infections.

The work began when the researchers inadvertently noticed that mesenteric adipose tissue (fatty tissue that surrounds the intestinal tract) stiffened when a mouse was infected with helminths, a type of worm. Such stiffening, the team noted, helped to eject the worms.

In taking a closer look at how fatty tissue might recognize and respond to a parasitic infection, the researchers found that a type of T cell found in such tissue, called Th2, communicated with stromal cells, which play a role in differentiating cells that grow into different types of structural support cells. They then conducted flow cytometry, histology, cell culture and single-cell RNA sequencing on the fatty tissue to learn more about how it stiffened in response to an infection. 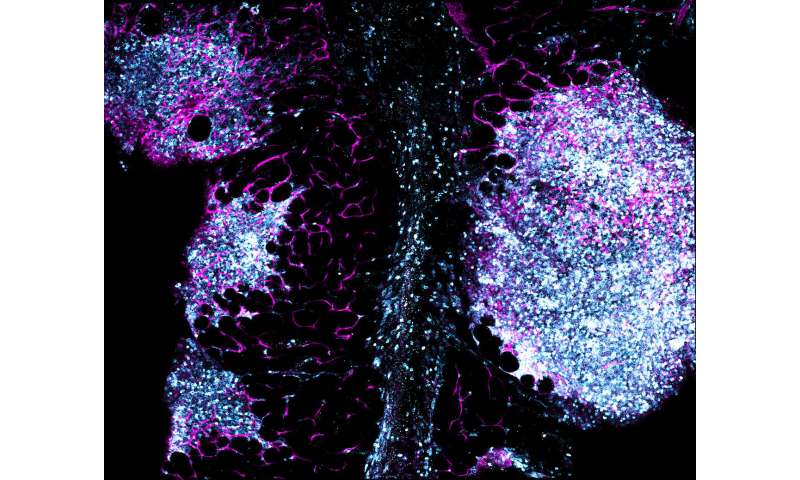 They discovered that Th2 cells infiltrated fat tissue even though the parasite did not infect such tissue. They also found that the Th2 cells released both Amphiregulin and cytokine TGFβ. Additionally, the stromal cells became more active when in the presence of Amphiregulin and cytokine TGFβ and thus produced more cytokines. And finally, they found that the stromal and Th2 cells were combining in interstitial spaces in the fatty tissue, forcing them to become enlarged and to secrete collagen, which resulted in tissue stiffening.