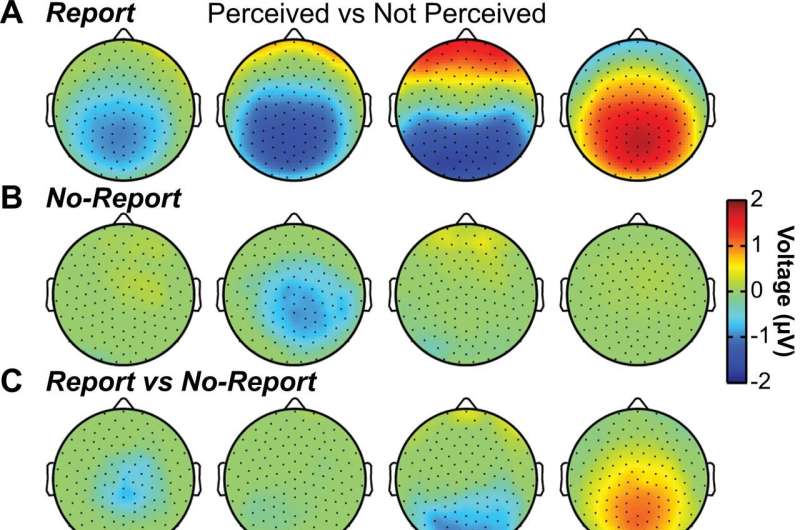 Since he was a kid Hal Blumenfeld has wondered about the nature of human consciousness.

“It’s what makes us human and makes life worthwhile,” said Blumenfeld, now the Mark Loughridge and Michele Williams Professor of Neurology at Yale. “And it’s still a mystery of modern science.”

In a recent study, Blumenfeld and a team of Yale colleagues identified some of the overlapping neural mechanisms that help to illuminate that mystery.

Writing in the journal Nature Communications, they describe how the human brain is capable of sorting through an avalanche of external stimuli—most of which never reach the human consciousness—to create a sense of awareness of the individual’s surroundings.

“Turns out there is a set of very beautiful and rich activities involved in the neural mechanism of conscious thought,” said Blumenfeld, who is also professor of neuroscience and of neurosurgery and director of the Yale Clinical Neuroscience Imaging Center.

One of the challenges facing scientists who study consciousness is the inherent uncertainty that comes with measuring what people are actually aware of. Oftentimes, these researchers will perform brain imaging on people as they are presented with images of objects or events and are then asked questions, like, “Are you aware of a face?” or “Are you aware of an event?” A key unanswered question, however, is what exactly is being measured? Is it the brain’s actual perception of an object or event or simply the response to the question?

To answer this, Blumenfeld—working with Sharif Kronemer, a former Ph.D. student at Yale who is now a postdoctoral fellow at the National Institutes of Health, and a large group of expert collaborators—used a combination of artificial intelligence, mathematics, and a close examination of the eye movements of individuals as they were shown images of people’s faces.

As it turns out, they found that important clues are revealed in the eyes. When people were shown clear images, their eye movements showed a distinct pattern that indicates they were aware of their surroundings. However, as the subjects were presented with progressively dimmer images of faces, the pattern of eye movement changed. Tracking these changes, Blumenfeld said, allowed researchers to discern whether the subjects actually perceived the face or not without asking them.

“The eyes are truly the window to our souls,” he said. “We can tell if people are aware of something by simply looking at their eyes.”

The eye-tracking tool allowed researchers to explore the amorphous dividing line between consciousness and unconsciousness, a state most obvious as we awake from sleep. People become progressively more aware of their surroundings as slumber recedes, a process that is controlled in a region of the brain known as the thalamus.

The Yale researchers found that when people awake the thalamus discharges a brief pulse which jumpstarts the transition to consciousness. However, this activity is only a first step in a series of actions throughout the brain that leads to full awareness, they found. For instance, that initial pulse from the thalamus may fail to activate other neural networks, keeping the individual unconscious of most surrounding stimuli. However, the pulse can also activate neurons involved in processing visual cues in the frontal cortex, which in turn amplifies circuits involved in arousal and attention. At the same time, signals irrelevant to the event are turned off.

Ultimately, the pertinent signals are processed to form a conscious experience that can be stored in our memory, Blumenfeld said.

Understanding these processes, he said, may help provide new insights into the treatment of some mental health disorders that are marked by a lack of awareness of surroundings—including Alzheimer’s disease, schizophrenia, and traumatic brain injury.

In addition, it may help doctors better assess consciousness in patients who are unable to talk or in a coma.

Blumenfeld hopes these discoveries will also bring humankind closer to understanding ancient philosophical questions about the nature of human consciousness, and the mysteries he’s always wondered about.

“Investigating the elegant overlapping signals from deep in the brain to the surface may finally provide a satisfactory explanation for consciousness,” he said.