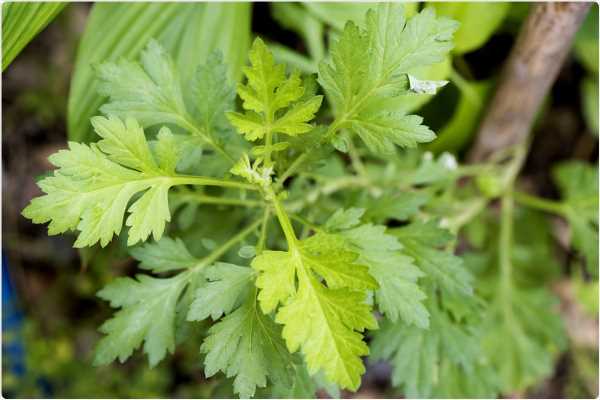 Researchers in the United States have shown that extracts of an aromatic herb called Artemisia annua inhibit the replication of severe acute respiratory coronavirus (SARS-CoV-2) – the agent responsible for the current coronavirus disease 2019 (COVID-19) pandemic.

Also known as “Sweet wormwood,” Artemisia annua (A. annua) is an herb from Asia that produces the antimalarial agent artemisinin. 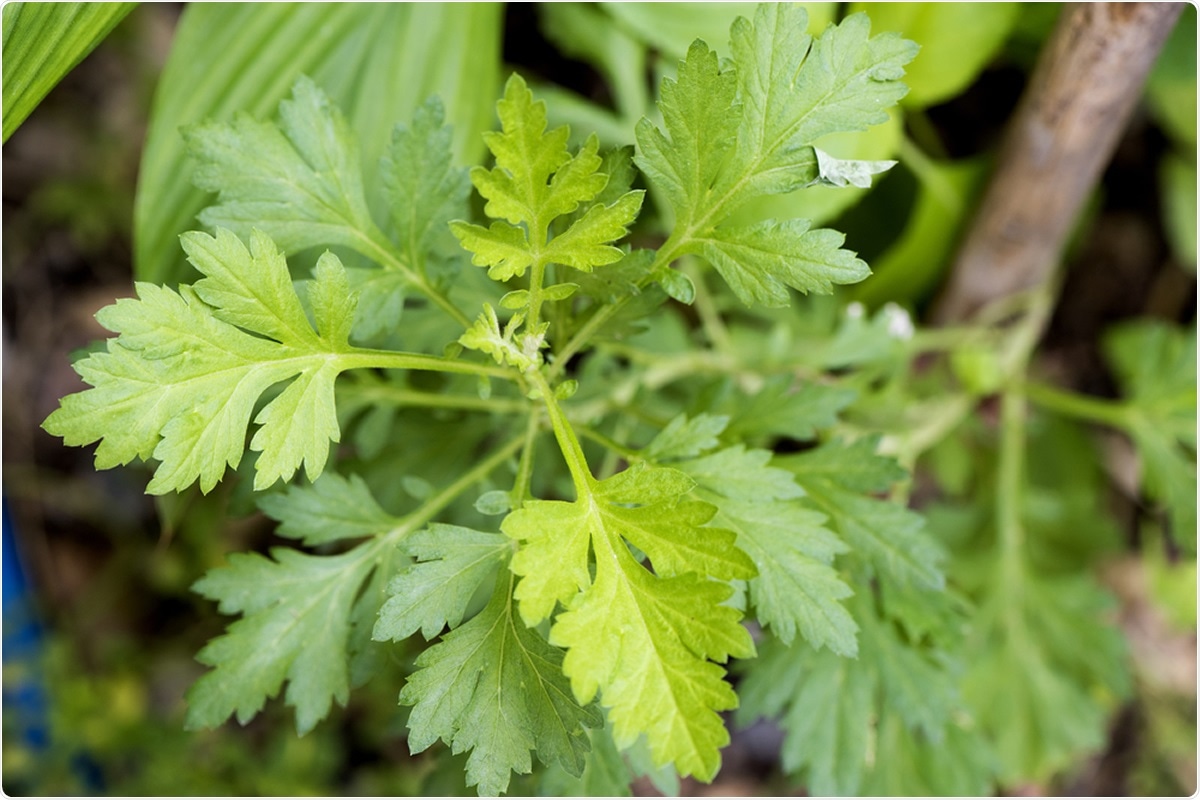 Now, researchers at Columbia University in New York, the University of Washington, and Worcester Polytechnic Institute have demonstrated that hot-water leaf A. annua extracts based on artemisinin, total flavonoids, or dry leaf mass show antiviral activity against SARS-CoV-2.

“This is the first report of anti-SARS-CoV-2 efficacy of hot water extracts of a wide variety of cultivars of A. annua sourced from four continents,” says Pamela Weathers and colleagues. “Further studies will determine in vivo efficacy to assess whether A. annua might provide a cost-effective therapeutic to treat SARS-CoV-2 infections.”

A pre-print version of the paper is available on the bioRxiv* server, while the article undergoes peer review.

Antiviral activity of the herb has been shown before

The medicinal plant A. annua and the artemisinin it produces have been safely used to treat a range of ailments, particularly malaria, for more than 2,000 years.

One study conducted in 2005 also demonstrated that the herb has an antiviral effect against SARS-CoV-1 – the agent responsible for the 2002 to 2003 SARS outbreak.

Furthermore, both the A. annua plant and artemisinin have been shown to reduce levels of the inflammatory cytokines interleukin-6 (IL-6) and tumor necrosis factor-alpha (TNF-α) in vivo.

“These effector molecules can be problematic during the ‘cytokine storm’ suffered by many SARS-CoV-2 patients,” says Weathers and the team.

What did the current study involve?

The team hypothesized that encapsulated powdered dried leaves of A. annua might represent a safe and cost-effective approach to treating SARS-CoV- 2 infections.

The researchers tested the effects of extracts from seven A. annua cultivars sourced from four different continents on SARS-CoV-2 propagated in Vero E6 cells. They also assessed correlations of antiviral efficacy with artemisinin, total flavonoid contents, and dry leaf mass.

All extracts demonstrated anti-SARS-CoV-2 activity. The IC50 values (concentration of drug that inhibits 50% of target) calculated based on artemisinin, total flavonoid content or dry leaf mass ranged from 0.1 to 8.7µM, 0.01 to 0.14µg and 23.4-57.4µg, respectively.

One sample that was obtained in 2008 still exhibited anti-SARS-CoV-2 activity that was comparable to the most recently harvested cultivar samples.

This suggests that the active principle is ubiquitous to different A. annua cultivars and is chemically stable during long-term room temperature dry storage, say the researchers.

Although the hot water extracts were effective, antiviral efficacy was inversely correlated with artemisinin and total flavonoid contents.

Analysis of artemisinin alone had an estimated IC50 of around 70µM, and while the artemisinin derivative artemether showed efficacy at 1.23µM, it was cytotoxic at concentrations any higher than this.

The derivatives artesunate and dihydroartemisinin were also ineffective at levels of less than 100µM.

By contrast, the antimalarial drug amodiaquine had an IC50 of 5.8 µM.

Furthermore, Spearman’s Rho analysis showed that neither IC50 nor IC90 values of the hot-water extracts correlated with artemisinin or total flavonoid content.

The researchers also found that the extracts had minimal antiviral effects against pseudoviruses containing the SARS-CoV-2 spike protein – the main structure the virus uses to bind to and enter host cells. The team says this suggests that A. annua inhibits SARS-CoV 2 infection primarily by targeting a post-entry step.

“The results suggest the active component in the extracts is likely something besides artemisinin or is a combination of components acting synergistically to block post-entry viral infection,” says Weathers and colleagues.

Investigating the effects of dried leaf A. annua consumption

To investigate dried leaf A. annua (DLA) as a potential therapeutic, Weathers consumed 3 grams of encapsulated DLA of the SAM cultivar, and the team tracked artemisinin as a marker molecule by drawing blood samples two and five hours later.

At two and five hours following ingestion, the artemisinin levels were 7.04µg and 0.16 µg per mL serum, respectively. At 2 hours, this corresponded to 2.35µg artemisinin/mL serum of DLA-delivered artemisinin per gram of DLA consumed.

The researchers say that while human trials are clearly needed, the study suggests that consuming reasonable amounts of DLA may serve as a cost-effective treatment for SARS-CoV-2 infection.

“If subsequent clinical trials are successful, A. annua could potentially serve as a safe therapeutic that could be provided globally at a reasonable cost and offer an alternative to vaccines,” concludes the team.

Sally has a Bachelor's Degree in Biomedical Sciences (B.Sc.). She is a specialist in reviewing and summarising the latest findings across all areas of medicine covered in major, high-impact, world-leading international medical journals, international press conferences and bulletins from governmental agencies and regulatory bodies. At News-Medical, Sally generates daily news features, life science articles and interview coverage.