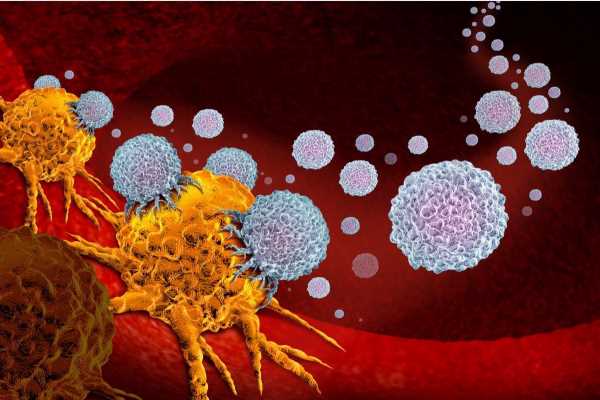 Due to the high priority and growing need for treatment to alleviate the symptoms associated with potentially fatal prognoses, cancer treatments are continually being developed. Cancer therapies are being developed to prevent malignant cells from forming, proliferating, and metastasizing, as well as assisting in the control of symptoms associated with advanced cancer progression.

Despite the cytotoxic dangers, chemotherapy has long been utilized to treat solid metastatic cancers. Other cancer immunotherapy treatments are becoming accessible, giving patients with a safer and more effective therapeutic choice.

Nonetheless, it is said to be hard to anticipate these tumor-specific antigens. To solve this problem, more people are calling for focused sequencing of cancer-related gene alterations and the creation of a database of shared neoantigen peptide libraries from common solid tumors. These neoantigen libraries have shortened the interval between prediction and patient immunization, which has been proven to be critical in the progression of chronic disease.

In a recent review published in Applied Microbiology, a group of authors initially described the developments in cancer-based medicines that included vaccinations, vector-based techniques, and genome injection using DNA and RNA-based nucleic acid therapeutics. Second, the growing data on cancer-based immunotherapies was described. Furthermore, these findings were placed in context by taking into account current clinical evidence for both existing and alternative therapies.

Organic or genetically created viral vectors with specified features are used in oncolytic virus therapy to only attack and destroy cancerous cells as the active therapeutic reagent, without harming the host tissue. It is now known that most cancer cells' antiviral survival mechanisms have been compromised, allowing the virus to multiply and cause harm at elevated concentrations. Because of their excellent selectivity for infecting and lysing tumor cells, oncolytic viruses are becoming a prominent anticancer therapy.

Previous research has revealed that to use viruses for cancer therapy in a regulated manner, the viral genome must be reformed and rebuilt to manage the pathogenic replication cycles that are naturally entrenched in viral genomes.

The linear double-stranded DNA genome of Herpes simplex virus type 1 (HSV-1) is encased in an icosahedral capsid. Virus proliferation, neuropathogenicity, and immune evasion are all affected by these vectors. Live viral vaccinations that carry transgenes to the nervous system are developed using attenuated HSV vectors. The entire genome of HSV has been sequenced through molecular biological methods, which has led to the discovery of numerous possible treatments for human health. Furthermore, due to its intrinsic neurotropic property, HSV is a potential delivery vehicle for expressing human genes targeting cells of the nervous system, implying that patients would only require extremely low quantities of this virus to be implanted into their cells.

Live vaccinia viruses (VACV) are enveloped viruses with a double-stranded DNA genome that is linear. This virus is a member of the poxvirus family, and it is most famous for being employed by Edward Jenner to cure smallpox, which is caused by the Variola virus. Due to its excellent intravenous stability for distribution, significant cytotoxicity, and safety, VACV is a good candidate for oncolytic viral therapy. VACV can precisely target and lyse tumor cells that have disseminated across malignant tissues.

Reovirus is a double-stranded RNA virus that is stable and non-enveloped. Because 50% of the population has antibodies to reovirus, it is regarded as an innocuous human pathogen. These viruses have been found to have significant oncolytic capabilities, which have been connected to a variety of cancer cell abnormalities, such as Ras oncogene signaling and type I interferon pathway impairment. Reovirus treatments have been demonstrated to increase the healthy production of a wide spectrum of proinflammatory cytokines and chemokines capable of eliciting robust antigen-specific T-cell responses.

Polioviruses have a protein capsid shell that contains a single-stranded, positive-sense RNA genome. In animal models infected with attenuated poliovirus, the use of oncolytic poliovirus resulted in effective tumor regression and targeted cytotoxicity. RNA viruses, such as the poliovirus, are implemented for cancer treatment because they are effective at viral proliferation and invasion in vivo. By recognizing the spread of its cellular receptor, CD155, from the immunoglobulin (Ig) class, polioviruses can selectively target malignant cells in motor neurons.

Both oncolytic viral treatments and immunotherapies are new and promising therapeutic options for the treatment of cancer. These treatments can be categorized depending on their vector delivery systems or their mechanisms of action. Viral therapeutics based on DNA and RNA have distinct structural properties that allow for individual proliferation and vaccination. Nonetheless, both of these techniques have limitations due to host variables and immunity.

Negative regulation, immunogenicity, accessibility, expense, and limited research are all factors that limit checkpoint inhibitors and other innovative therapies. As a result, future research should concentrate on both targeted and adjuvant therapeutics to improve the efficacy of present therapies.

Colin graduated from the University of Chester with a B.Sc. in Biomedical Science in 2020. Since completing his undergraduate degree, he worked for NHS England as an Associate Practitioner, responsible for testing inpatients for COVID-19 on admission.