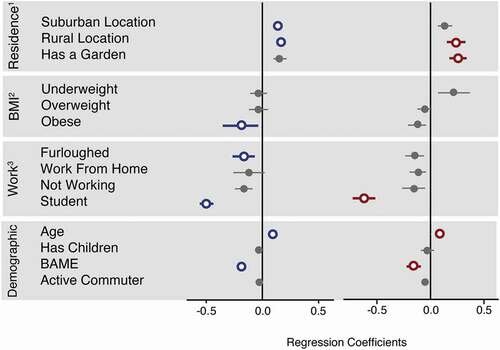 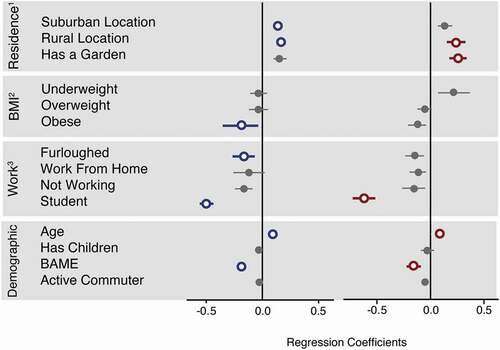 A study of UK resident’s exercise patterns during the COVID-19 lockdown in March-June 2020, has found that groups that were most at risk to the adverse effects of COVID-19 were impacted the most in terms of reducing their levels of exercise. Researchers led by WMG, University of Warwick say targeted interventions are required to ensure physical and mental health impacts of sedentary behavior do not exacerbate the risks to these groups.

When the first UK lockdown was announced in March 2020 to prevent the spread of COVID-19, all UK residents were permitted to leaving the house to exercise once a day. Researchers from WMG, University of Warwick decided to investigate which population groups had reduced or increased physical activity levels during the lockdown.

In the paper, “Stay at Home and Stay Active? The impact of the stay-at-home restrictions on physical activity routines in the UK during the COVID-19 pandemic,” published in the Journal of Sports Sciences, researchers led by WMG, University of Warwick have found that in some of the most at-risk groups their level of physical activity was substantially decreased.

Researchers surveyed UK residents through a rewards-for-exercise app called Sweatcoin, and an online panel. The Sweatcoin app users provided data of their daily step count prior to and during the March-June 2020 lockdown.

Researcher’s key findings show that there was a particular reduction in physical activity in those classed as obese, gym users, and people living in urban areas. All groups had a decreased step count during the restrictions, however this was particularly prominent in BAME (Black, Asian and Minority Ethnic) groups and urban dwellers.

Dr. Mark Elliott from WMG, University of Warwick comments: “Our study wanted to determine which groups had managed to exercise more during the 2020 lockdown and which had struggled to maintain their usual exercise routines. It became clear that people living in rural areas were more likely to have increased levels of physical activity, compared to city dwellers. However, groups that were particularly vulnerable to COVID-19, such as BAME and obese, had significantly reduced their physical activity during the lockdown compared to before the restrictions were put in place.