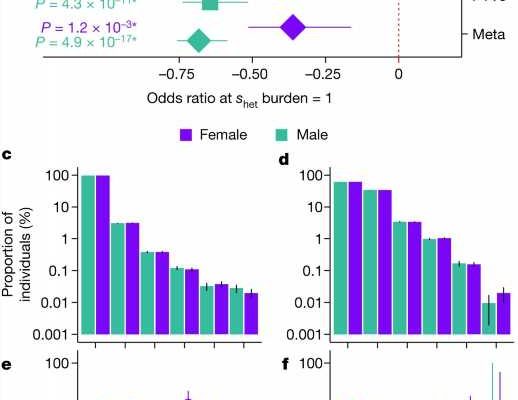 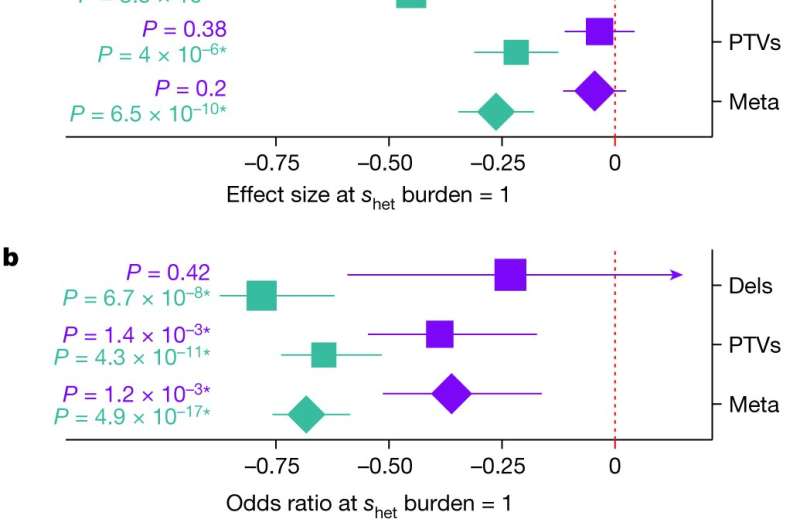 New research suggests that genetic variants that damage the genome are associated with reduced reproductive success and an increased likelihood of not having children.

Researchers from the Wellcome Sanger Institute and their collaborators demonstrate that one mechanism of natural selection that is removing damaging genetic variation from the population is increased childlessness, likely linked to genetic influences on cognitive and behavioral traits, which may mean that men and women with these genetic variants are less likely to form reproductive partnerships.

The study, published today (23 March) in Nature, shows that this genetic link may play a very minor role in the overall likelihood of being childless—less than one percent—when compared to more influential factors such as sociodemographic factors and choice. However, despite this very small effect on individuals, researchers suggest these genetic variants may substantially influence how genes evolve over time.

While 99.9 percent of the DNA in our genome is identical between any two humans, there are small differences known as genetic variants. New genetic variants arise through the process of mutation, and each child will have a small number of changes in their genome that are different from their biological mother and father.

In some cases, genetic variants can cause damage to the genome and can lead to diseases or disabilities. These damaging genetic variants are changes in a person’s DNA that interfere with the function of the protein the affected gene codes for.

In this new study, researchers at the Wellcome Sanger Institute and their collaborators set out to pinpoint the evolutionary processes that might be leading to this depletion of damaging genetic variation in this subset of genes, with the hope of using this information to better inform their search for novel genetic causes of neurodevelopmental disorders. The team did not initially set out to study the genetic and non-genetic factors that influence childlessness or reproductive success, but rather to see if reproductive success might be an alternative mechanism, other than disease, leading to depletion of damaging genetic variation in these genes.

The researchers then investigated why genetic burden might be associated with childlessness by looking at whether it was associated with infertility—an inability to produce viable eggs or sperm—in men or women, and found it was not.

By comparing these various factors and any associations with genetic burden, the researchers concluded that the association between genetic burden and childlessness in men may be more likely to be due to the effect of damaging genetic variants on cognitive and behavioral traits that may reduce their chances of finding a partner with whom to have children. Their results suggest that these damaging genetic variants are likely under negative selection partly in a manner that is consistent with Darwin’s theory of sexual selection, and specifically, due to a phenomenon known as mate choice.

The researchers highlight that the genetic association with childlessness cannot be used to predict who will or won’t remain childless, as it explains less than one percent of the overall likelihood of childlessness. Other factors, such as infertility, socioeconomic status and choice are much more likely to be associated with not having children.

“It’s important to emphasize that we have not found a ‘gene for childlessness,’ as that implies a strong, causal effect of genetic variation on whether or not someone will have children. Instead we have shown that people with damaged genomes, particularly men, are slightly more likely to be childless. This is probably due to the effect of damaging genetic variants on cognitive and behavioral traits, which make these men less likely to find a partner to have children with. Similarly we cannot use these results to ‘predict’ whether or not these damaging genetic variants will be linked with childlessness, as both genetics and the environment influence our behavior, cognitive abilities and personalities,” says Dr. Eugene Gardner, first author, previously from the Wellcome Sanger Institute, now based at the MRC Epidemiology Unit at the University of Cambridge.