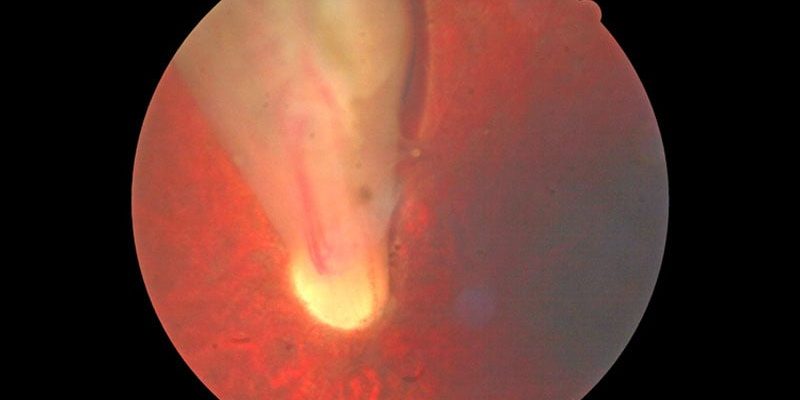 Regular use of certain erectile dysfunction drugs — phosphodiesterase type 5 inhibitors (PDE5 inhibitors) — may be associated with an increased risk for several ocular adverse events, according to new research.

“The risk of these events is still rare and should not dissuade men from taking these drugs unless they have preexisting eye diseases, in which case they should talk to their physicians before starting these medications,” lead author Mahyar Etminan, PharmD, MSc, an associate professor of ophthalmology at the University of British Columbia in Vancouver, told Medscape Medical News.

“However, if men on these medications experience visual changes, they should consult an ophthalmologist,” he added.

The findings were published online April 7 in JAMA Ophthalmology.

Etminan and colleagues analyzed health insurance claims from the PharMetrics Plus database between 2006 and 2020. They looked at the risk of developing one of the three ocular conditions, comparing nonusers and regular users of sildenafil, tadalafil, vardenafil, and avanafil. Regular users were defined as patients who had received at least one prescription every 3 months in the year before the ocular diagnosis.

Among 213,033 men who took the drugs, there were 1146 new cases of ocular adverse events, with 278 cases of serious retinal detachment, 628 cases of retinal vascular occlusion, and 240 cases of ischemic optic neuropathy. The mean age was 64.6 years.

Patients with one of the three eye conditions were more likely to have hypertension, diabetes, cardiovascular disease, or sleep apnea. The research team adjusted for these variables and found that the patients were almost twice as likely as nonusers to develop one of the eye problems.

In addition, the research team found that the risk was even higher for patients who were given five or more prescriptions for PDE5 inhibitors, which suggested a dose response.

Overall, the number of diagnosed eye conditions was low, compared with the population, with about 15.5 cases per 10,000 person-years. However, the research team concluded that regular users of PDE5 inhibitors should be “cognizant” of potential ocular adverse events, particularly “given the popularity of these drugs.”

In 2020, there were about 20 million monthly prescriptions for PDE5 inhibitors in the United States, the study authors wrote. Sales increased significantly during the pandemic, particularly for daily tadalafil formulations.

Numerous case reports have pointed to an association between ocular adverse events and PDE5 inhibitors, and a few small studies have attempted to quantify the risks. However, the results have often conflicted, and epidemiologic data haven’t been available on the risks for certain conditions such as retinal vascular occlusion or retinal detachment.

“The case reports do seem convincing on an individual level, but on a population level, it’s been hard to say if the association holds up,” Nawaaz Nathoo, MD, BSc, an ophthalmologist at the University of British Columbia, told Medscape Medical News. Nathoo wasn’t involved with this study.

In 2015, Nathoo and colleagues published a study about a potential link between PDE5 inhibitors and the risk of developing nonarteritic anterior ischemic optic neuropathy (NAION). They didn’t find a statistically significant association and struggled to explain how the drugs might lead to these types of ocular adverse events.

Previous research has suggested an association between PDE5 inhibitors and optic nerve damage through compromised circulation, but the links haven’t been established definitively.

“There’s still not a good mechanism to explain why this happens, if there really is an association,” Nathoo said. “It’s one thing to say there’s a link and another thing to explain why or how.”

For instance, patients who have erectile dysfunction and take PDE5 inhibitors are also more likely to develop certain eye issues, such as NAION, because of underlying vascular conditions such as hypertension and diabetes, Nathoo noted.

At the same time, Etminan and colleagues adjusted for those risk factors and separately analyzed men without underlying conditions, which still found an increased risk for ocular conditions.

“We were not surprised but reassured that we are seeing the same signals from previous case reports and were happy that, for the first time, we could quantify these risks in a large population of men,” Etminan said.

The monographs for sildenafil, tadalafil, vardenafil, and avanafil include a warning for the risk of ischemic optic neuropathy, a severe ocular condition that can lead to irreversible vision loss, Etminan and colleagues found. Retinal vascular occlusion is listed as a potential adverse event for sildenafil, tadalafil, and vardenafil, but not for avanafil. None of the drugs’ labels mention the risk for serious retinal detachment.

Based on their recent findings, Etminan and colleagues would like to see drug companies update the monographs. Physicians and patients also should be aware of the association in case an issue arises.

“Ocular events may not be top of mind for the patients who need these kinds of medications,” Nathoo said. “I don’t think patients need to be overly concerned about this at the outset, but it’s always important to consider adverse events, and it may make sense to withdraw a prescription if something occurs.”

The study was funded by the University of British Columbia. Etminan and Nathoo have disclosed no relevant financial relationships.