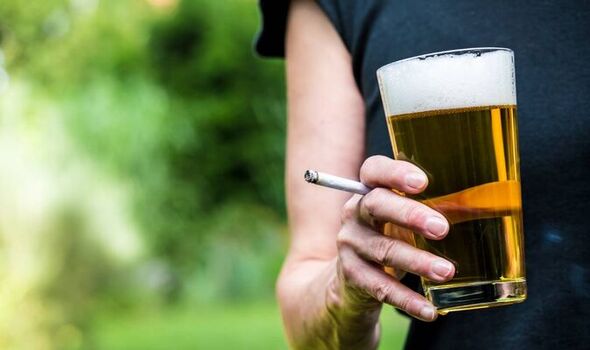 It estimated 155,000 of those cases could have been prevented with lifestyle changes such as eating healthily, exercising and not drinking too much. Preventable cancers had increased by 8,000 from a 2017 estimate. DrVanessa Gordon-Dseagu, of the research fund, said around 40 percent of cancers were thought to be linked to dangers that people can modify.

She said: “Individuals can reduce their risk. And the earlier someone is diagnosed, the more likely they are to survive.”

Exposure to UV radiation causes early ageing of the skin and damage that can lead to skin cancer.

Alcohol has been linked to elevated risk of seven types of cancer.

Other cancer prevention recommendations include maintaining a healthy weight and eating no more than three portions of red meat per week and little processed meat.

Consumption of sugar-sweetened drinks should be limited and, for women, breastfeeding is thought to have a protective effect.

The figures were compiled from NHS data for each of the four UK nations.

They showed that around 166,502 people died from cancer in the UK during 2019/20. Lung cancer accounted for more than a fifth of fatalities.

Cancer Research UK suggested the findings were further evidence that the Government should not scrap a raft of planned anti-obesity measures.

Previous analysis by the charity estimated that people being overweight or obese contributed to around 22,800 cancer cases per year.