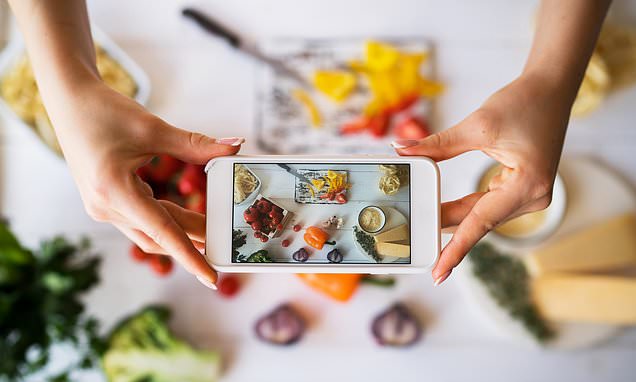 Beware the blogger balderdash: Scientists warn nine out of 10 influencers publish ‘junk advice on how to lose weight’

Many millennials turn to their favourite Instagram blogger for tips on how to lose weight, look good and feel their best.

The ‘vast majority’ of blogs ‘present opinion as fact’ and publish ‘junk advice’ on how to lose weight, researchers claim.

They warn this is ‘potentially harmful’ because ‘social-media blogs can shape the thoughts and behaviours of “followers”.’

The research, carried out by the University of Glasgow, did not name any of the nine bloggers whose posts they analysed. 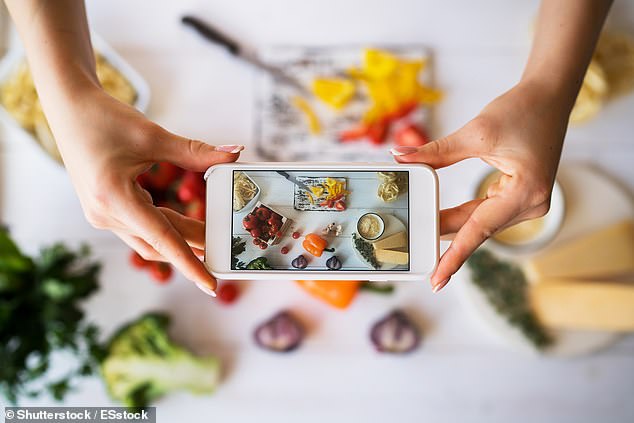 The study was led by Christina Sabbagh, a former postgraduate student in human nutrition, and now communications assistant at the Royal College of Physicians and Surgeons of Glasgow.

‘We found the majority of the blogs could not be considered credible sources of weight management information, as they often presented opinion as fact and failed to meet UK nutritional criteria,’ Ms Sabbagh said.

‘This is potentially harmful, as these blogs reach such a wide audience.’

To identify how credible social-media blogs are, the researchers turned to the website influence.co, which identifies influencers.

Influencers were selected if they had more than 80,000 followers on at least one social-media site and an ‘active weight-management blog’.

They also had to have the ‘blue-tick verification’ on at least two sites. The blue-tick symbol lets social-media users know ‘an account of public interest is authentic’, according to Twitter’s help centre.

The blogs also had to be made up of at least 50 per cent nutrition or physical activity-related posts.

The final nine influencers were graded against 12 credibility scores, which included ‘transparency’, ‘bias’ and ‘trustworthiness’. Their scores were collected as a percentage, with more than 50 per cent being required to ‘pass’.

The last ten recipe posts from the blogs were also analysed for their calorie, carbohydrate, protein, fat, fibre, sugar and salt content.

These were compared against Public Health England’s ‘One You’ calorie reduction campaign and the UK Food Standards Agency’s Traffic Light Scheme.

Results were presented at this year’s European Congress on Obesity in Glasgow.

Of the 14 influencers, five failed to provide evidence-based references for their nutritional claims, which they presented as fact, in the posts they published between May and June last year.

When their nutritional percentage scores were averaged across their ten most recent recipes, none of the bloggers met the ‘pass criteria’.

Only one influencer, who is listed on the UK Voluntary Register of Nutritionists, passed ‘overall’, which stood at 75 per cent ‘compliance’. Even a medical doctor-turned-blogger failed to pass the test.

The lowest compliance came in at just 25 per cent from an influencer with no nutritional qualifications.

‘Social-media influencers have engagement with large audiences subscribed to their blogs, and can shape the thoughts and behaviours of these ‘followers’,’ the researchers said.

‘[But] social-media influencers are not credible resources for weight management.’

They are calling for all bloggers to be required to meet ‘scientifically or medically justified criteria’ before issuing advice online.

Tam Fry, chairman of the National Obesity Forum, said: ‘This study adds to the evidence of the destructive power of social media.

‘Any Tom, Dick or Harry can take to the ether, post whatever they like and be believed by their followers.

‘Particularly unfortunate is the genie is now firmly out of the bottle and getting these bloggers to conform to “standards”, though desirable, will be nigh impossible.

‘The bloggers will defend their right to freedom of speech to the hilt but publishing junk advice is indefensible.’

Meals should be based on potatoes, bread, rice, pasta or other starchy carbohydrates, ideally wholegrain, according to the NHS