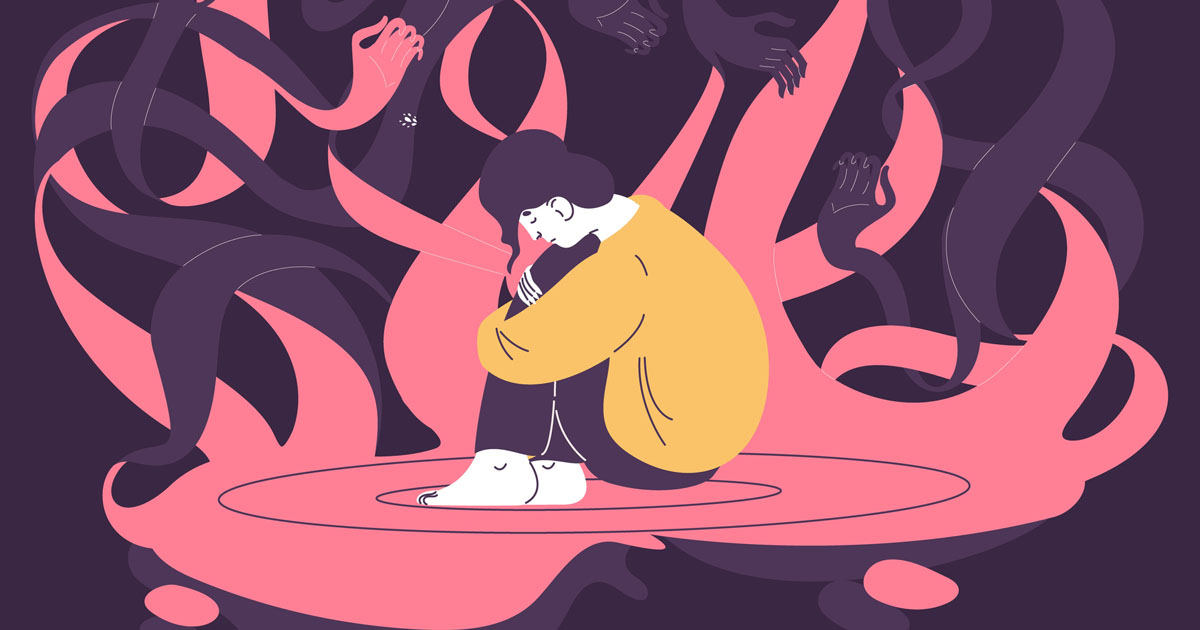 When you can’t escape from distressing intrusive thoughts, you’ll do things that make little sense to those outside your head.

You might check that the front door is actually closed over, and over, and over again before you can go to work. You could count. You get stuck on certain phrases that you have to keep repeating. You scrub at your hands until they’re red raw.

When you have OCD, these compulsions – though they seem nonsensical to other people – can help to provide some quiet from the worst possible internal monologue.

But this is only momentary. The compulsions don’t silence the thoughts, just reduce them. And when you stop those routines, the intrusive thoughts return, so you keep trying anything to make you feel safe from your own mind.

What if you find something that does, genuinely, stop the thoughts for a bit? What if that thing could also have a ruinous impact on your life, costs a lot of money, and could wreck your physical and mental health? Would you take the risk?

For many people living with OCD, the temptation to reach for a break from their illness, even if this comes with its own dangers, is too overwhelming.

It might start with an occassional drinking binge, or a line of cocaine, or swallowing a pill. But it can spiral into dependence, then addiction.

‘It’s estimated that around a quarter of people who suffer with OCD, try to self-medicate their symptoms with substance abuse,’ Nuno Albuquerque, Group Treatment Lead for addiction treatment firm UKAT, tells Metro.co.uk.

‘They use substances as a coping mechanism, in order to cope with and block out the overwhelming feelings of anxiety and fear. But addiction can quickly manifest, and addiction itself is a compulsive condition, and so dual-diagnosis occurs.’

Not all people who have OCD will use drugs, and not all OCD sufferers who do use drugs will become addicted, of course.

But it may be the case that having OCD puts you at a higher risk of using drugs in an unhealthy way.

‘OCD sufferers can find it hard to resist the allure of drugs, if the substance provides a calmer state of mind or a similar kind of emotional benefit.’

Imagine, for example, that your intrusive thoughts begin to focus on the drugs themselves, telling you that you need to do them. That’s the start of a dangerous cycle.

The trouble with the momentary escape drugs might provide is that when you come crashing back down to reality, those same substances can worsen your illness.

‘Some side effects of street drugs can mimic symptoms of OCD,’ says Dr William Shanahan, clinical director of addictions at the Priory’s Hospital in Roehampton.

‘Both long-term and short-term drug use could very much worsen peoples struggle with OCD,’ counsellor Andrew Harvey adds. ‘For many, the drugs work to bring some initial relief, however over time, this relief is lost, both the OCD and consequence of the drug use worsens.’

There’s also the issue of ‘covering up’ symptoms of OCD with drug use, which can often mean someone isn’t seeking professional help to treat their illness – whether because they think they’ve found a solution, they’re using drugs because other treatments haven’t been effective, or they’re scared of telling a professional that they are using illegal substances.

It can be tough to accept that in order to treat OCD and work towards recovery, you do need to stop using cocaine, ketamine, or any other potentially harmful substance.

If you’re reading this and feeling a sense of doom, try not to panic.

Yes, having OCD may mean you’re at an increased risk of addiction, but it doesn’t mean you’re doomed.

The key is recognising that you might be more likely to self-medicate, and for this behaviour to become harmful, and bearing this in mind when it comes to treatment.

Perhaps it goes without saying, but when you’re struggling with OCD, taking recreational drugs isn’t a viable solution – and you could end up with another illness, in the form of addiction, to deal with.

‘It’s important to address the struggles with OCD and addiction,’ says Andrew. ‘Addiction often has trauma or other related distress at its root, and it’s important to seek recovery from both the roots of the addiction and the out of control substances or behaviours that we see in addiction.

‘If your drug use has become harmful it is best to seek professional help.’

And if you’re struggling with your OCD, perhaps take that as a sign it’s time to ask for help – or a different kind of help, if the treatments you’ve had before are no longer working – not to reach for escape in unregulated forms, which can add more issues to your plate.

As Peter puts it: ‘Seek support, sooner rather than later.’

This article is a part of High Alert, a campaign from Metro.co.uk and drug checking organisation The Loop. To find out more about their 2021 harm reduction campaign and how to reduce the risks of drug use, click here.

To chat about mental health in an open, non-judgmental space, join our Mentally Yours Facebook group.