The One Show: Michael J. Fox on hopes to find Parkinsons cure

The TV and radio star, 72, says he has seen a dog “who doesn’t really exist” and “a strange figure on the stairs.” 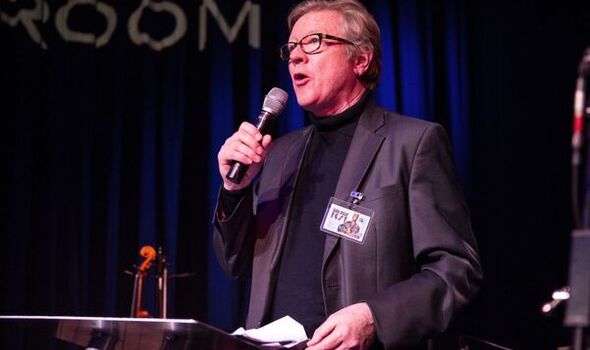 But he is taking part in a clinical trial of a drug that could alleviate the ghostly visions that plague both Parkinson’s sufferers and people with the disease Lewy body dementia.

And in an open letter the Radio 1 stalwart and Top of the Pops host is urging others to join him. David, who was diagnosed with Parkinson’s in 2011, wrote: “I have discovered it’s a condition that is full of surprises.

“Many people are aware of symptoms such as stiffness and tremors, but there are actually more than 40, including hallucinations…Around three quarters of people with Parkinson’s may experience them at some point.

“From going to pet a dog who doesn’t really exist while out walking, to ‘bumping into’ a strange figure on the stairs when I get up in the night, hallucinations are very much a part of my life.”

Dad-of-three David, who has been married to wife Gudrun since 1977, added: “I count myself lucky the mythical figures that appear before me are pretty friendly because hallucinations…can be extremely distressing.”

He is now “part-way through” the new trial, dubbed Top Hat, which will help assess whether the anti-sickness drug ondansetron could help reduce the hallucinations

It has left David “feeling empowered and hopeful for future treatments”. He added: “I want to encourage others with the condition, or Lewy body dementia, to sign up.

“I also want to call on those who have loved ones with these conditions to encourage them to consider taking part. Ondansetron is currently used to prevent nausea and vomiting caused by cancer chemotherapy, radiation therapy, and surgery.

“As an already licensed low-cost drug, if the research shows significant outcomes, ondansetron could be available for people with Parkinson’s…within the next few years.”

The Top Hat trial is funded by Parkinson’s UK and led by University College London.