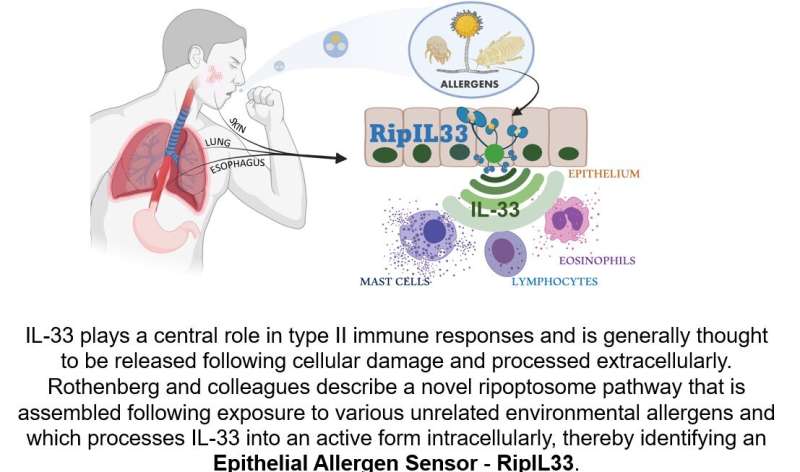 New discoveries about a built-in rapid reaction system that triggers inflammatory responses when people are exposed to allergens, such as insects, mites and fungi, also may hold the keys to helping more people manage their allergies in years to come.

A study led by scientists at Cincinnati Children’s, published Sept. 16, 2021, in Nature Immunology reveals new details about how the body’s “type 2 innate immune response” system works. By identifying a common biological response platform, the findings suggest that any new medication that can control the response could benefit people suffering from a wide range of allergies.

“Disrupting this allergen sensing pathway could provide a unique opportunity to counteract type 2 immunity and alleviate allergic inflammation,” says Marc Rothenberg, MD, Ph.D., Director of the Division of Allergy and Immunology at Cincinnati Children’s and senior author on the study.

Previous research had established that multiple allergens can induce a similar IL-33 response upon breaching the epithelial layer of mucosal membranes. The Cincinnati Children’s team pinned down the mechanisms at work in the process.

“This breakthrough was made possible by new insights into role of ripoptosome signaling and caspases in allergic inflammation,” says Brusilovsky, who was first author on the study.

Specifically, the allergens trigger activity among an interlocked set of cell death-inducing signals called the ripoptosome. This signaling “platform” includes numerous components, but for allergic inflammatory reactions, the key player appears to be a molecular switch called caspase 8. The investigators named the pathway, “RipIL-33” as IL-33 is processed (ripped) by the ripoptosome.

In the last two decades, immunologists have discovered the mechanisms by which bacteria and viruses are sensed by the innate immune system, but how allergens are sensed has remained a mystery.

“The discovery of this surprising mechanism is the most important breakthrough in understanding how the innate immune system senses allergens to initiate a type 2 response and subsequent allergic inflammation,” says Pasare, one of the senior authors of the study.

In mice, inhibiting the activity of caspase 8 reduced the IL-33 response to allergen exposure and limited bronchial inflammation in the lungs. Further analyses indicated that a similar process occurs in humans. 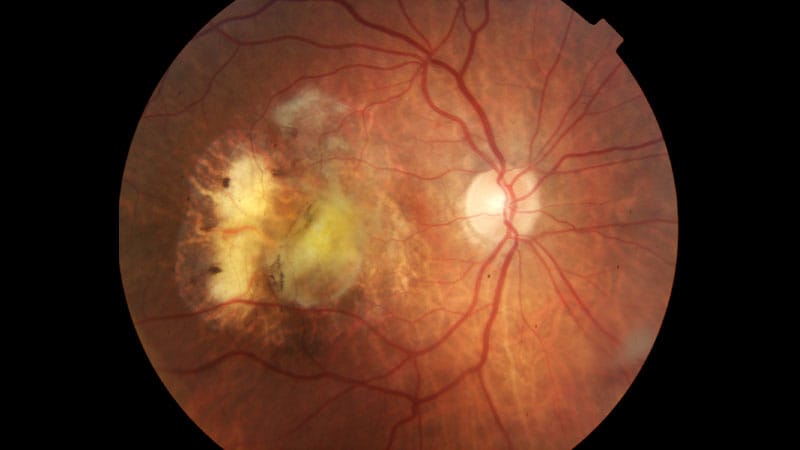