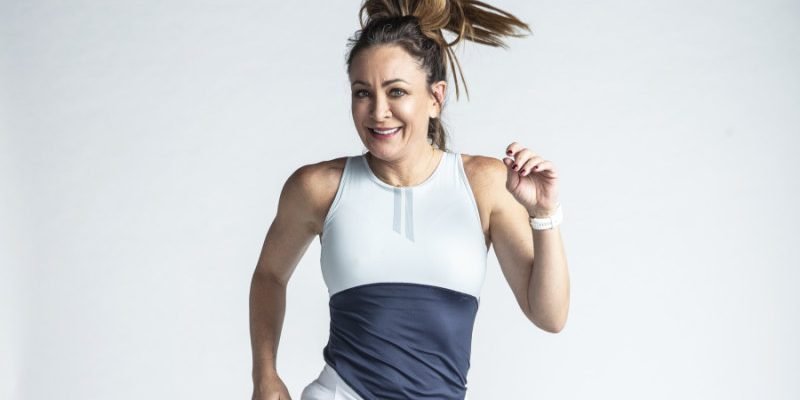 Each week, Benjamin Law asks public figures to discuss the subjects we're told to keep private by getting them to roll a die. The numbers they land on are the topics they're given. This week he talks to Michelle Bridges. The 48-year-old personal trainer shot to fame on the TV show The Biggest Loser. She has written 16 books, has her own apparel range and pioneered the 12 Week Body Transformation program. 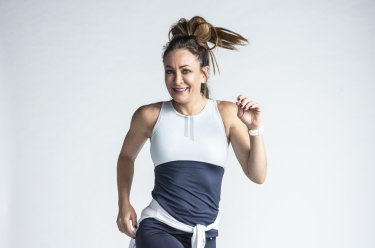 Is our fixation on fitness and health a psychological strategy to stave off death?

No! It's about being alive. It's about having the best life possible while you're here, because we all die. It's the beautiful thing about death. No one escapes it.

Why do you say that's beautiful?

It's what brings us together; it's what unites us.

That's a very serene and mature attitude towards death. Have you always had that attitude, or have certain experiences led you there?

It's experience. No one particularly enjoys what comes from it, especially if you're left standing when that other person passes, but it can really make you.

What losses have affected you the most?

My grandparents – particularly my grandmother on my dad's side. When my parents decided their marriage was over, I was four and my sister was nine, and they stood up, much to the disgruntlement of my dad and other people in the family.

What do you mean by "stood up"?

They said, "Regardless of what's happened, regardless of people's differences, these children need support and a foundation." They took us in and me and my sister and my mum lived with them. They decided, "Let's put everything aside and put the children first."

How old were you when you lost them?

I was 28 when I lost my grandfather; he was in his 70s. I was there for his funeral, but wasn't there when it happened. I was, as usual, working – and I still have massive regret about that. I was about 35 when I lost my grandmother – the biggest, hardest time of my life. I miss her every day. But that's death. And life.

You're closer to 50 nowadays. How are you feeling about reaching that milestone?

Proud, more than anything. You think: "I've made it." And what's the alternative, right?

We're talking about death. What do you want your wake to look like?

Oh my god! First of all, if you're busy, that's fine, because life goes on. But if you happen to be free, then I'd like you to just have some fun and celebrate. Maybe do a workout before. [Laughs]

Let's talk health and fat politics. In 2016, there was a slight backlash to your comments that you'd "never met someone who is morbidly obese and happy".

How would you characterise it?

It was huge backlash. For every hundred people I've helped, there's maybe one person who has an issue with my style. There are politics at play; there's always going to be. You can't be a trailblazer and expect everyone to like you. But I've got a very thick skin.

You don't regret saying that?

No, I'll never take that back.

I imagine for some people, their feelings were hurt, and maybe that was an impediment to taking steps towards better health.

It was about my experience and who I'd spoken to. I've worked with all kinds of people – from healthy to very unhealthy. This is much deeper and more important than aesthetics. It's about how people feel about themselves, who they want to be, who they no longer want to be.

I could be! You never know.

You've got proven recognition, campaign skills and results. If you did run, what would your platform be?

It'd be around – and I hate saying this, because now it seems overdone – being the best version of yourself.

What issues did you take into the ballot box in May?

I wanted to see Australia's health taken better care of.

These are the three worst topics! Or the three best …

What was young Michelle told about sex growing up?

"Don't get pregnant." My mum was very much of the opinion I was going to be – and should be – an independent woman. That I could do it; I could take care of business. This was from a woman who went through a rough divorce in the '70s and was told by her boss, "If your children get in the way, you will be fired."

Which was the reality in those days.

Well, I don't know whether that's a completely great thing, because it has had its drawbacks.

Of course we need people. We all need each other. We all need to be gentle. You aren't that tough-arsed person all the time; I've learnt that over many years.

What do you find sexy in a man?

What are the ingredients for good sex?

Loving the person you're with and being able to laugh with them. Even during sex!

What's best: sex before a workout? Or after? Or …

During! As a workout! After all, it involves cardio, strength training …

And you're using your core. If you're doing it properly.

Yes! It's all there, people!

To read more from Good Weekend magazine, visit our page at The Sydney Morning Herald, The Age and Brisbane Times.