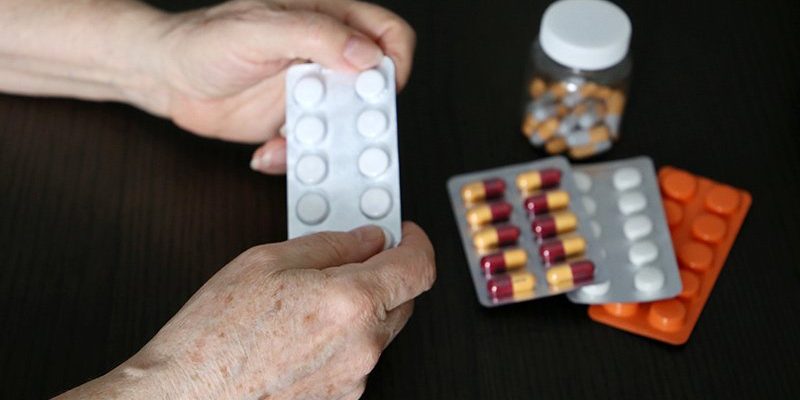 Investigators found that 14% of these individuals were receiving CNS-active polypharmacy, defined as combinations of multiple psychotropic and opioid medications taken for more than 30 days.

“For most patients, the risks of these medications, particularly in combination, are almost certainly greater than the potential benefits,” Donovan Maust, MD, associate director of the geriatric psychiatry program, University of Michigan, Ann Arbor, Michigan, told Medscape Medical News.

The study was published online March 9 in JAMA.

Memory impairment is the cardinal feature of dementia, but behavioral and psychological symptoms, which can include apathy, delusions, and agitation, are common during all stages of illness and cause significant caregiver distress, the researchers note.

They note that there is a dearth of high-quality evidence to support prescribing these medications in this patient population, yet “clinicians regularly prescribe psychotropic medications to community-dwelling persons with dementia in rates that far exceed use in the general older adult population.”

The Beers Criteria, from the American Geriatrics Society, advise against the practice of CNS polypharmacy because of the significant increase in risk for falls as well as impaired cognition, cardiac conduction abnormalities, respiratory suppression, and death when polypharmacy involves opioids.

They note that previous studies from Europe of polypharmacy for patients with dementia have not included antiepileptic medications or opioids, so the true extent of CNS-active polypharmacy may be “significantly” underestimated.

They found that roughly 1 in 7 (13.9%) patients met criteria for CNS-active polypharmacy.

Nearly all (92%) patients taking three or more CNS-active medications were taking an antidepressant, “consistent with their place as the psychotropic class most commonly prescribed both to older adults overall and those with dementia,” the investigators note.

There is minimal high-quality evidence to support the efficacy of antidepressants for the treatment of depression for patients with dementia, they point out.

Nearly half (47%) of patients who were taking three or more CNS-active medications received at least one antipsychotic, most often quetiapine. Antipsychotics are not approved for people with dementia but are often prescribed off label for agitation, anxiety, and sleep problems, the researchers note.

Nearly two thirds (62%) of dementia patients who were taking three or more CNS drugs were taking an antiepileptic (most commonly, gabapentin); 41%, a benzodiazepines; 32%, opioids; and 6%, Z-drugs (6.0%).

The most common polypharmacy class combination included at least one antidepressant, one antiepileptic, and one antipsychotic. These accounted for 12.9% of polypharmacy days.

Despite limited high-quality evidence of efficacy, the prescribing of psychotropic medications and opioids is “pervasive” for adults with dementia in the United States, the investigators note.

“Especially given that older adults with dementia might not be able to convey side effects they are experiencing, I think clinicians should be more conservative in how they are prescribing these medications and skeptical about the potential for benefit,” said Maust.

Regarding study limitations, the researchers note that prescription medication claims may have led to an overestimation of the exposure to polypharmacy, insofar as the prescriptions may have been filled but not taken or were taken only on an as-needed basis.

In addition, the investigators were unable to determine the appropriateness of the particular combinations used or to examine the specific harms associated with CNS-active polypharmacy.

Weighing in on the results for Medscape Medical News, Howard Fillit, MD, founding executive director and chief science officer of the Alzheimer’s Drug Discovery Foundation, said the study is important because polypharmacy is one of the “geriatric giants, and the question is, what do you do about it?”

Fillit said it’s important to conduct a careful medication review for all older patients, “making sure that the use of each drug is appropriate.

“The most important thing is to define what is the appropriate utilization of these kinds of drugs. That goes for both overutilization or misuse of these drugs and underutilization, where people are undertreated for symptoms that can’t be managed by behavioral management, for example,” Fillit said.

Fillit also said the finding that about 14% of dementia patients were receiving three or more of these drugs “may not be an outrageous number, because these patients, especially as they get into moderate and severe stages of disease, can be very, very difficult to manage.

“Very often, dementia patients have depression, and up to 90% will have agitation and even psychosis during the course of dementia. And many of these patients need these types of drugs,” said Fillit.

Echoing the authors, Fillit said a key limitation of the study is not knowing whether the prescribing was appropriate or not.

The study was supported by a grant from the National Institute on Aging. Maust and Fillit have disclosed no relevant financial relationships.