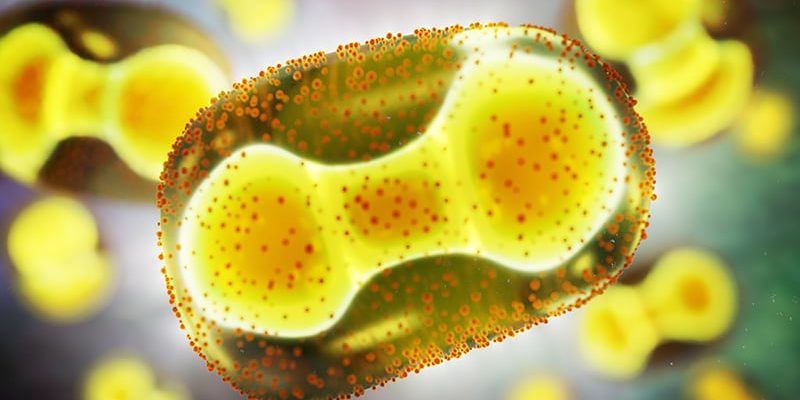 Dermatologists are urging colleagues to be on the lookout for monkeypox and cautioning them to not miss cases that might appear to be something else.

Diagnosing cases “can be hard and folks should keep a very open mind and consider monkeypox virus,” said Misha Rosenbach, MD, a University of Pennsylvania dermatologist and member of the American Academy of Dermatology’s ad hoc task force to develop monkeypox content.

Although it’s named after a primate, it turns out that monkeypox is quite the copycat. As dermatologists have learned, its lesions can look like those caused by a long list of other diseases including herpes, varicella, and syphilis. In small numbers, they can even appear to be insect bites.

To make things more complicated, a patient can have one or two lesions – or dozens. They often cluster in the anogenital area, likely reflecting transmission via sexual intercourse, unlike previous outbreaks in which lesions appeared all over the body. “We have to let go of some of our conceptions about what monkeypox might look like,” said dermatologist Esther Freeman, MD, PhD, associate professor of dermatology, Harvard University, Boston, and a member of the AAD task force.

To make things even more complicated, “the spectrum of illness that we are seeing has ranged from limited, subtle lesions to dramatic, widespread, ulcerative/necrotic lesions,” said Rosenbach, associate professor of dermatology at the University of Pennsylvania, Philadelphia.

But monkeypox has unique traits that can set it apart and pave the way toward a diagnosis, dermatologists say. And important patient data can help dermatologists gauge the likelihood of a case: Almost 99% of cases with data available have been in men, and among men with available information, 94% reported male-to-male sexual or close intimate contact during the 3 weeks before developing symptoms, according to a CDC report tracking cases from May through late July. So far, cases in women and children are extremely rare, although there have been some reported in the United States.

Are dermatologists likely to see monkeypox in the clinic? It’s unclear so far. Of four dermatologists interviewed for this article, only one has seen patients with monkeypox in person. But others say they’ve been sought for consultations. “I have been asked by infectious disease colleagues for advice remotely but have not seen it,” said dermatologist Howa Yeung, MD, MSc, assistant professor of dermatology, Emory University, Atlanta. “Most of the time, they’re catching all the symptomatic cases before any need for dermatology in-person referrals.”

Still, the rapid rate of growth of the outbreak – up from 3,487 in the United States on July 25 to 12,689 as of Aug.16 – suggests that more dermatologists will see cases, and consultations may become more common too.

Lesions are the telltale signs of symptomatic monkeypox. According to a recent New England Journal of Medicine study of 528 monkeypox cases from 16 nations, diagnosed between April 27 and June 24, 2022, 95% had skin lesions (58% were vesiculopustular), most commonly in the anogenital area (73%), and on the trunk/arms/or legs (55%) and face (25%), and the palms/soles (10%).

However, “the current monkeypox outbreak often presents differently from the multiple classic vesiculopustules on the skin we see in textbooks,” Yeung said. “Sometimes people can present with throat pain or rectal pain, with isolated pharyngitis or proctitis. Sometimes there are so few lesions on the skin that it can be easily confused with a bug bite, folliculitis, herpes, dyshidrotic eczema, or other skin problems. This is where dermatologists will get consulted to clarify the diagnosis while the monkeypox PCR test is pending.”

Rosenbach, who has provided consultation services to other physicians about cases, said the lesions often appear to be vesicles or pustules, “but if you go to ‘pop’ it – e.g., for testing – it’s firm and without fluid. This is likely due to pox virus inclusion, similar to other diseases such as molluscum,” caused by another pox virus, he said. Molluscum lesions are “characteristically umbilicated, with a dimple in the center, and monkeypox lesions seem to be showing a roughly similar morphology with many bowl- or caldera-shaped lesions that are donut-like in appearance,” he added.

Over time, Rosenbach said, “lesions tend to evolve slowly from smaller flesh-colored or vaguely white firm papules to broader more umbilicated/donut-shaped lesions which may erode, ulcerate, develop a crust or scab, and then heal. The amount of scarring is not yet clear, but we anticipate it to be significant, especially in patients with more widespread or severe disease.”

Jon Peebles, MD, a dermatologist at Kaiser Permanente in Largo, Md., who has treated a few in-person monkeypox cases, said the lesions can be “exquisitely painful,” although he’s also seen patients with asymptomatic lesions. “Lesions are showing a predilection for the anogenital skin, though they can occur anywhere and not uncommonly involve the oral mucosa,” said Peebles, also a member of the AAD monkeypox task force.

Yeung said it’s important to ask patients about their sexual orientation, gender identity, and sexual behaviors. “That is the only way to know who your patients are and the only way to understand who else may be at risks and can benefit from contact tracing and additional prevention measures, such as vaccination for asymptomatic sex partners.” (The Jynneos smallpox vaccine is Food and Drug Administration–approved to prevent monkeypox, although its efficacy is not entirely clear, and there’s controversy over expanding its limited availability by administering the vaccine intradermally.)

It’s also important to keep in mind that sexually transmitted infections (STIs) are common in gay and bisexual men. “Just because the patient is diagnosed with gonorrhea or syphilis does not mean the patient cannot also have monkeypox,” Rosenbach said. Indeed, the NEJM study reported that of 377 patients screened, 29% had an STI other than HIV, mostly syphilis (9%) and gonorrhea (8%). Of all 528 patients in the study (all male or transgender/nonbinary), 41% were HIV-positive, and the median number of sex partners in the last 3 months was 5 (range, 3-15).

Testing Is Crucial to Rule Monkeypox In or Out

While monkeypox lesions can be confused for other diseases, Rosenbach said that a diagnosis can be confirmed through various tests. Varicella zoster virus (VZV) and herpes simplex virus (HSV) have distinct findings on Tzanck smears (nuclear molding, multinucleated cells), and have widely available fairly rapid tests (PCR, or in some places, DFA). “Staph and bacterial folliculitis can usually be cultured quickly,” he said. “If you have someone with no risk factors/exposure, and you test for VZV, HSV, folliculitis, and it’s negative – you should know within 24 hours in most places – then you can broaden your differential diagnosis and consider alternate explanations, including monkeypox.”

Quest Diagnostics and Labcorp, two of the largest commercial labs in the United States, are now offering monkeypox tests. Labcorp says its test has a 2- to 3-day turnaround time.

As for treatment, some physicians are prescribing off-label use of tecovirimat (also known as TPOXX or ST-246), a smallpox antiviral treatment. The CDC offers guidelines about its use. “It seems to work very fast, with patients improving in 24-72 hours,” Rosenbach said. However, “it is still very challenging to give and get. There’s a cumbersome system to prescribe it, and it needs to be shipped from the national stockpile. Dermatologists should be working with their state health department, infection control, and infectious disease doctors.”

It’s likely that dermatologists are not comfortable with the process to access the drug, he said, “but if we do not act quickly to control the current outbreak, we will all – unfortunately – need to learn to be comfortable prescribing it.”

In regard to pain control, an over-the-counter painkiller approach may be appropriate depending on comorbidities, Rosenbach said. “Some patients with very severe disease, such as perianal involvement and proctitis, have such severe pain they need to be hospitalized. This is less common.”

There’s limited high-quality evidence about the prevention of scarring in diseases like monkeypox, Rosenbach noted. “Any recommendations are usually based on very small, limited, uncontrolled studies. In the case of monkeypox, truly we are off the edge of the map.”

He advises cleaning lesions with gentle soap and water – keeping in mind that contaminated towels may spread disease – and potentially using a topical ointment-based dressing such as a Vaseline/nonstick dressing or Vaseline-impregnated gauze. If there’s concern about superinfection, as can occur with staph infections, topical antibiotics such as mupirocin 2% ointment may be appropriate, he said.

“Some folks like to try silica gel sheets to prevent scarring,” Rosenbach said. “There’s not a lot of evidence to support that, but they’re unlikely to be harmful. I would personally consider them, but it really depends on the extent of disease, anatomic sites involved, and access to care.”

Emory University’s Yeung also suggested using silicone gel or sheets to optimize the scar appearance once the lesions have crusted over. “People have used lasers, microneedling, etc., to improve smallpox scar appearance,” he added, “and I’m sure dermatologists will be the ones to study what works best for treating monkeypox scars.”

As for the big picture, Yeung said that dermatologists are critical in the fight to control monkeypox: “We can help our colleagues and patients manage symptoms and wound care, advocate for vaccination and treatment, treat long-term scarring sequelae, and destigmatize LGBTQ health care.”

The dermatologists interviewed for this article report no disclosures.