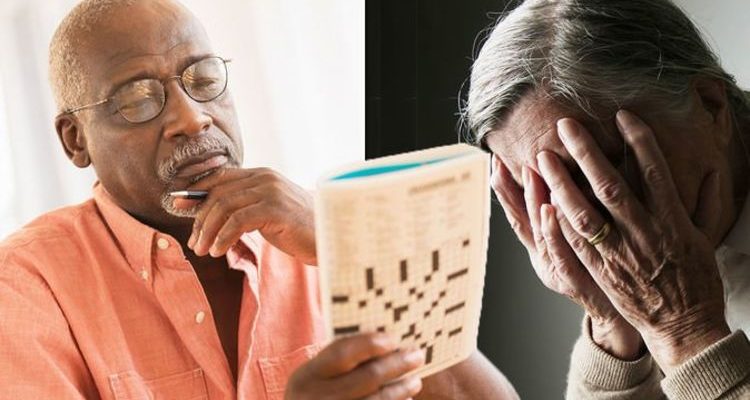 Dementia: Dr Sara on benefits of being in nature

In the UK, data shows one in 14 people over the age of 65 have dementia, with the figure increasing to one in 60 people over 80. Unfortunately, according to the NHS, there is “no certain way to stop dementia”, but that hasn’t stopped people from exploring ways to try and keep the brain sharp for longer.

One theory that has been put forward in multiple studies is whether or not engaging in daily puzzles, such as crosswords and sudokus, can actually reduce the risk of developing symptoms.

However, the findings of these studies are rather conflicting, and media coverage seems to skew vastly in one direction or the other.

So, what is the current evidence regarding dementia and crosswords?

In 2017, experts at the University of Exeter Medical School and Kings College London analysed data from more than 17,000 healthy people aged 50 and over, submitted in an online trial.

According to their findings: “Daily crosswords linked to sharper brain in later life.”

Keith Wesnes, professor of cognitive neuroscience at the University of Exeter Medical School, said: “We found direct relationships between the frequency of word puzzle use and the speed and accuracy of performance on nine cognitive tasks assessing a range of aspects of function including attention, reasoning and memory.

“Performance was consistently better in those who reported engaging in puzzles and generally improved incrementally with the frequency of puzzle use.

“For example, on test measures of grammatical reasoning speed and short-term memory accuracy, performing word puzzles was associated with an age-related reduction of around 10 years.”

From their results, researchers calculated that the people who said they took part in word puzzles had a brain function equivalent to 10 years younger than their age, on tests of grammatical reasoning speed and short term memory accuracy.

However, critics have pointed out that since this is an observational study, it did not determine cause and effect.

Contrastingly, in 2018, experts from the University of Aberdeen concluded that the “use it or lose it” theory might not actually reduce the risk of dementia or cognitive decline at all.

Their findings show that participants who took part in intellectually stimulating activities on a regular basis, such as crosswords, had a higher mental ability at the start of the study.

Writing in the British Medical Journal, the scientists said: “These results indicate that engagement in problem-solving does not protect an individual from decline, but imparts a higher starting point from which decline is observed and offsets the point at which impairment becomes significant”.

Based on this theory, while crosswords do not necessarily stop people from developing dementia, they can help to create a “higher cognitive point”.

The findings suggest that although crosswords will not entirely protect you from Dementia, they can still be beneficial towards overall cognitive function.

However, according to the NHS, there are some ways people can “modify risk factors” and reduce the risk of dementia by around a third.

This is why eating a healthy, balanced diet is of utmost importance.

People are advised to eat plenty of fruits and vegetables, maintain a healthy weight and incorporate exercise into their daily routine.

Cutting down on alcohol consumption and avoiding cigarettes are also recommended.