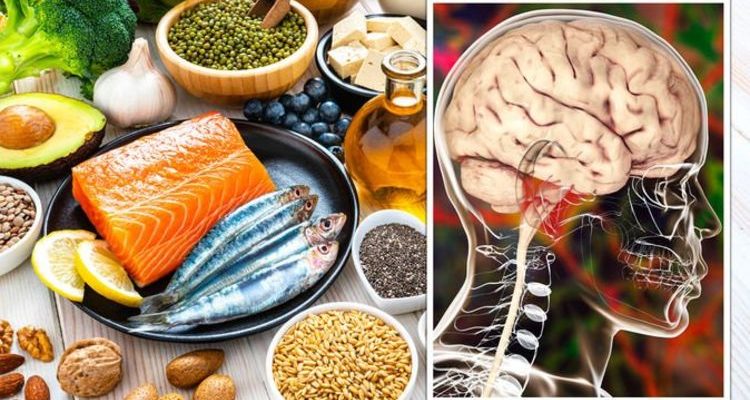 Many of us are worried about developing dementia as we get older. The prevalent condition affects one in six people aged over the age of 80 in the UK. However, new research is uncovering more detail about how your diet can affect your chances of developing dementia.

A staggering 850,000 Brits are living with dementia, according to the Alzheimer’s society.

Dementia is a neurodegenerative disease, meaning it progresses over time, affecting more areas of the brain.

Alzheimer’s is the most common form of the condition, making up between 50 and 75 percent of cases.

There is not yet any cure for dementia or a way to turn back the clocks on symptoms once they begin.

However, researchers are discovering more and more about this condition all the time.

Researchers are investigating the risk factors making some people more likely to develop dementia or Alzheimer’s, in the hope that with changes to diet and lifestyle, more people can delay the onset of dementia.

According to the Alzheimer’s Society, preventing the onset of dementia by five years could save the lives of 30,000 people every year.

How can your diet affect your dementia risk?

A recent study published in the Journal of Alzheimer’s Disease examined the link between diet and fluid intelligence (FI).

Fluid intelligence is your cognitive ability to think abstractly – meaning dealing with ideas and concepts, rather than simply what’s in front of you.

A good example of using FI is something like problem-solving, where you have to think abstractly to come up with a creative solution to the problem you’re faced with.

It has been observed as your fluid intelligence declines, your risk of developing Alzheimer’s increases.

So researchers in one study of almost 2,000 Britons studied how diet affected FI.

Eating lamb once a week was associated with less risk, whereas those who ate the most salt seemed to perform worse.

The findings of this study are aligned with the diet plan most often recommended to reduce the risk of developing Alzheimer’s: the MIND diet.

The Mediterranean diet is an approach based around eating plenty of natural, whole foods: fruit, vegetables, nuts, olive oil, wholegrains.

The DASH diet focuses on reducing the amount of salt, encouraging participants to cut their intake to just one teaspoon a day, before cutting it even further.

People following the MIND diet are encouraged to cut down on processed foods, anything deep-fried and with added salt.

However, the diet is not as restrictive as some lifestyle changes, and even advocates for a glass of wine each day; chiming with the findings of this recent study.

What should you eat on the MIND diet?

According to the MIND diet, these are ten foods you can eat regularly to boost your brain and heart health: