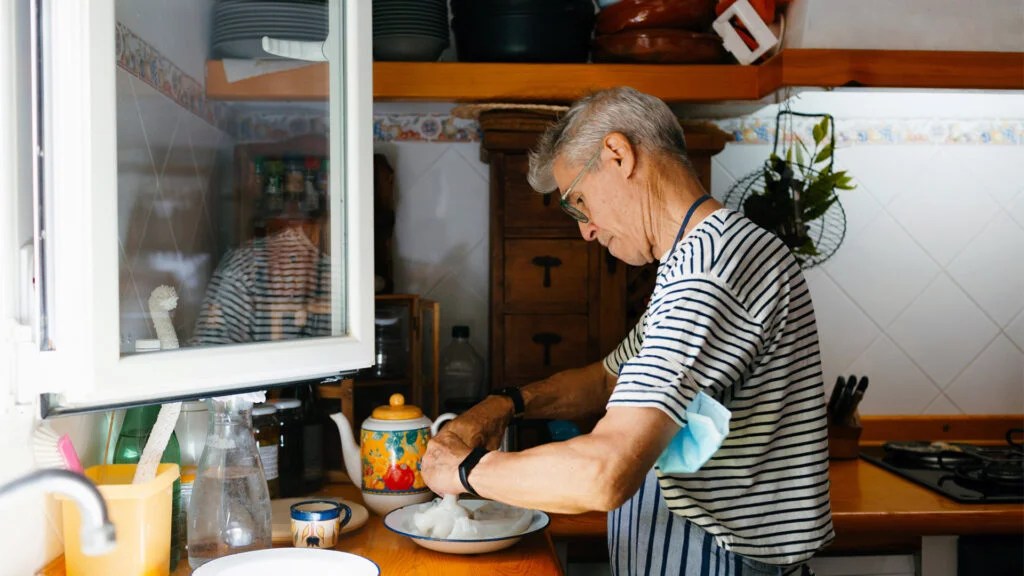 According to the World Health Organization, over 55 million people live with dementia globally, with 10 million new cases diagnosed each year.

Studies show that the brain undergoes functional and structural changes years before the onset of cognitive impairment.

Other research indicates that metabolic factors such as diabetes, dyslipidemia (having blood lipid levels that are too high or low), and high blood pressure are linked to cognitive decline and dementia.

One study found that patients aged 60 years and over with metabolic risk factors are 11.48 times more likely to develop Alzheimer’s disease than those without.

They found that metabolic profiles are linked to neuroimaging characteristics that indicate cognitive decline and increased dementia risk.

The study was published in Diabetes, Obesity, and Metabolism.

For the study, the researchers analyzed data from 26,239 individuals from the U.K. Biobank who were free from dementia and stroke at recruitment. The participants were aged between 37 and 73 years old at recruitment and 52% were female.

The researchers examined the participants’ brain MRI data, including:

Of these brain MRI measures, lower TBV, lower GBV, and larger WMV volume have been linked to brain damage and loss of function.

Meanwhile, greater iron deposition has been linked to a greater risk for Alzheimer’s disease, which is the most common form of dementia. Reduced HV is also linked to poorer memory, verbal learning, processing speed, and executive function.

The researchers assessed brain imaging along a number of biomarkers, including:

They found that younger age, higher education level, never having been a smoker, a greater number of working hours, and a higher level of physical exercise were linked to a greater HV and fewer brain lesions.

They also noted that iron deposition levels tended to increase with age, and were higher among those smokers and ex-smokers, those with a higher level of education, more working hours, and higher levels of strenuous exercise.

The researchers further found that high triglycerides, high BMI, poor liver and kidney function, and high levels of inflammation were linked to the most adverse brain outcomes.

High triglycerides and liver dysfunction, in particular, were linked to the highest levels of iron deposition, brain lesions, and GMV loss.

The researchers noted that higher BMR was linked to more iron deposition, lower GMV, and lower HV than obesity.

They also noted that lower vitamin D levels were linked to more brain lesions and lower TBV and GMV.

Iron build-up in the brain

Dr. Mikhail Kolonin, professor and director at the Center for Metabolic and Degenerative Diseases at The University of Texas, who was also not involved in the study, added:

“Normally, the blood–brain barrier (BBB) limits iron access to brain cells. Recurrent microbleeds may be one explanation for increased iron accumulation occurring in older age. However, chronic aging-associated metabolic and inflammatory dysfunction jeopardizing [cells that form the BBB], which results in increased brain iron entry, may be more important.”

The researchers noted that most of their findings are in line with previous research. However, Dr. Kolonin noted that the study’s findings on BMR were surprising.

“Further research will be needed to identify markers more selectively predicting the risk of neurophysiological dysfunction,” he added.

The researchers noted that while BMR is essential for neuronal function, higher BMR may promote oxidative stress if not adequately counterbalanced by antioxidants in the body. They agreed, however, that further studies are needed to explore this link.

The researchers concluded that metabolic markers such as BMR and BP might provide valuable insights into the development of dementia.

When asked about the study’s limitations, Dr. Kolonin said:

“One of its limitations is the exclusion of individuals with a history of dementia or stroke. One could expect useful clinical information from a separate analysis including this group. Another issue is that the U.K. Biobank cohort may not reflect the general population because it is limited to participants of white British ancestry and is subject to healthy volunteer bias. Therefore, these findings need to be re-assessed in independent datasets containing other ethnic and socioeconomic groups.”

Dr. Swerlow added that while the study found a link between metabolic measures and brain imaging data suggestive of cognitive impairment, it did not address causation.

“The best way to maintain a healthy metabolism is to avoid excess weight accumulation through a healthy diet and physical activity. Indeed, exercise is perhaps the most effective approach to the prevention of Alzheimer’s disease,” said Dr. Kolonin.

“The mechanisms of its effect are not completely understood. However, they are likely to involve the reduction of blood glucose levels and normalization of vascular function. This possibly leads to improvement of the BBB, [and thus a decreased] risk of vascular dementia and other neurodegenerative diseases,” he added.

Dr. Swerdlow agreed that a healthy lifestyle is key to improving metabolic health. He said: “Things like constantly overeating, a sedentary lifestyle, smoking, walking around with uncontrolled hypertension, and things of that ilk certainly seem to have a negative impact on metabolism.”