Check out what’s clicking on FoxBusiness.com.

Among the families who lost children and other loved ones in the nation's opioid crisis, many had held out hope of someday facing OxyContin maker Purdue Pharma and its owners in a courtroom.

That prospect all but vanished Wednesday after a bankruptcy judge conditionally approved a settlement worth an estimated $10 billion. It was a deal that left many of those families feeling they didn't get what they really wanted.

There was no apology from members of the Sackler family who own Purdue Pharma, they weren’t forced to give up all of their vast fortune, and there was no chance to confront them face-to-face about the lives lost to opioids. 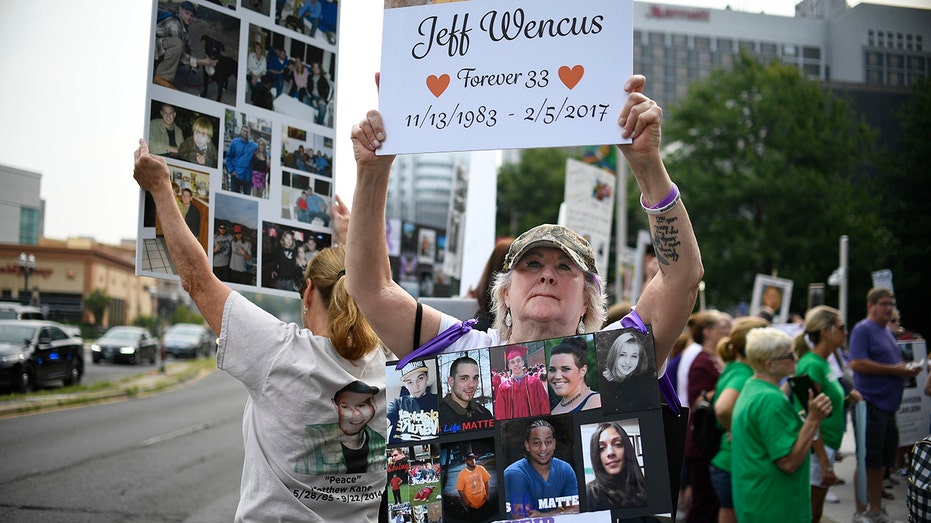 In this 2018 photo, Lynn Wencus of Wrentham, Mass., holds a sign with a picture of her son Jeff and wears a sign of others’ loved ones lost to OxyContin and other opioids during a protest at Purdue Pharma LLP headquarters in Stamford, Conn. (AP Newsroom)

Instead, the individual victims, thousands of state and local governments and other entities that sued Purdue Pharma agreed to a deal in which the Sacklers will pay $4.5 billion and give up ownership of the company, which will be reorganized.

The company's profits and the Sacklers' contribution will go toward fighting opioid addiction through treatment and education programs. Also, victims of drug addiction can receive payments ranging from $3,500 to $48,000.

The conclusion to the case left families conflicted, deflated and still angry.

"Am I happy they don’t have to admit guilt and give up all their money? Of course not," said Lynn Wencus, of Wrentham, Mass. "But what would that do? It doesn’t bring my son back and it doesn’t help those who are suffering."

In the first years after her son Jeff died of an overdose in 2017, all she wanted was vengeance. While her anger remains, she is hopeful the settlement will finally bring help to communities ravaged by overdoses.

"I know people disagree with that and want the Sacklers to suffer," she said. "But the reality is we need money to get into the states, into education, into treatment."

A half-million Americans have died from opioids over the past two decades, a toll that includes victims of prescription painkillers like OxyContin and Vicodin and illicit drugs such as heroin and street-grade fentanyl.

In one of the hardest-fought provisions in the settlement, the family will be protected from any future opioid lawsuits. While the Sacklers weren’t given immunity from criminal charges, there have been no indications they will face any. 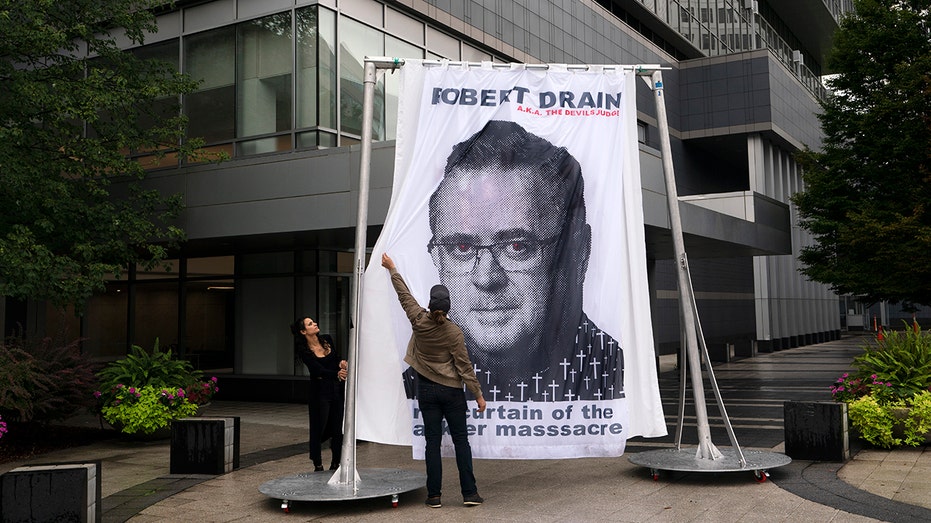 An image of federal Bankruptcy Judge Robert Drain is installed by protesters in front of Purdue Pharma’s headquarters, in Stamford, Conn., on Wednesday.  (AP Photo/Mark Lennihan)

Despite the settlement, the family could see its wealth rise from an estimated $10.7 billion to more than $14 billion over the coming decade, according to a group of state attorneys general who based their projection on investment returns and interest. Lawyers for Purdue and the Sackler family disputed the estimate.

"Their lives aren’t going to change. It’s a shame there can’t be something done that would make them suffer with the rest of us," said Tamara Graham, of St. Petersburg, Fla.

But she was willing to accept the outcome because it gives her a sliver of hope that the money for treatment could save her youngest brother, who has struggled with addiction for longer than she can remember.

"I wish that I could stand up there," she said. "I would love to make them watch a video of him going through withdrawals, the pain, the vomiting, him begging us to kill him."

The settlement came nearly two years after the Stamford, Conn.-based company filed for bankruptcy while facing some 3,000 lawsuits that accused Purdue of fueling the crisis by aggressively pushing sales of OxyContin.

"You don’t take the architects of the opioid crisis and give them a sweetheart deal," said Ed Bisch, whose 18-year-old son died of an overdose nearly 20 years ago. "Where is the deterrent?"

Bisch, who has spent more than a decade pushing for the Sacklers to be criminally prosecuted, is leading a group of families that are asking the U.S. Justice Department to appeal the settlement.

"The Sacklers are buying immunity with blood money," said Bisch, of Westampton, N.J. "The only silver lining is their name is mud, and it will forever be mud." 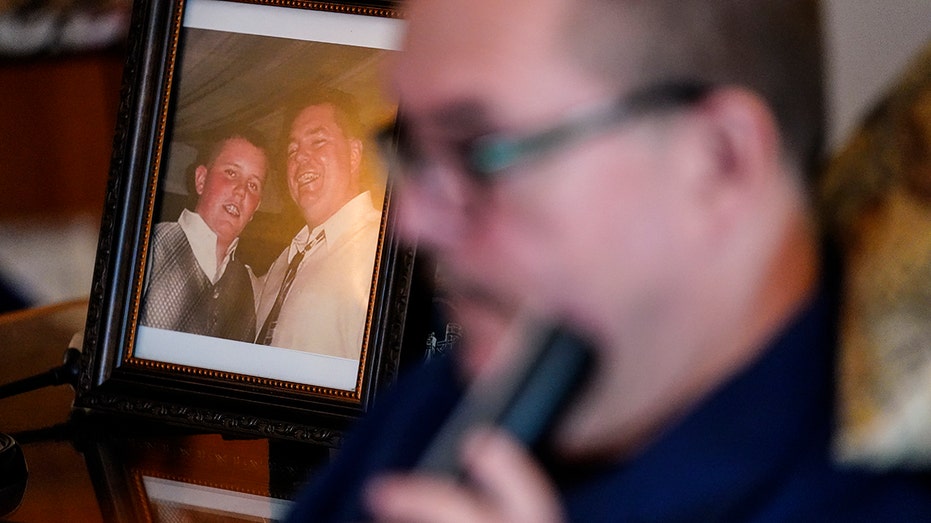 Ed Bisch, who lost his 18-year-old son Eddie to an overdose nearly 20 years ago, listens on speaker phone from his home in Westampton, N.J., to a bankruptcy judge on a plan for OxyContin maker Purdue Pharma to settle thousands of lawsuits brought by (AP Photo/Matt Rourke)

Purdue Pharma will be reorganized into a new company with a board appointed by public officials and will funnel its profits into government-led efforts to prevent and treat opioid addiction.

The drugmaker said in a statement that the settlement will avert years of costly litigation and instead ensure that billions will go to help people and communities hurt by the crisis.

"I feel like the victims are once again at the bottom of the list," said Dede Yoder, of Norwalk, Conn. "I don’t know what the states feel that their loss was. I can tell them what my loss is."

Her only child, Chris, died of an overdose in 2017 when he was 21. He was first given OxyContin after knee surgeries as a teenager.

"I would have loved a moment in front of the Sacklers to show them pictures of my son as this beautiful boy and this happy, athletic, strong person that they decimated," she said.

U.S. Bankruptcy Judge Robert Drain acknowledged the concerns of those who complained that the proposed payouts to victims are insufficient. He also pointed out that none of the four Sacklers who testified offered an explicit apology.

"A forced apology is not really an apology, so we will have to live without one," he said.

The judge said he did not have "fondness for the Sacklers or sympathy for them" but he also said that drawn-out litigation would delay getting settlement money to victims and programs for treating opioid addiction.

She said she at least hopes the money will help open more spaces in treatment programs and lift the stigma surrounding addiction.