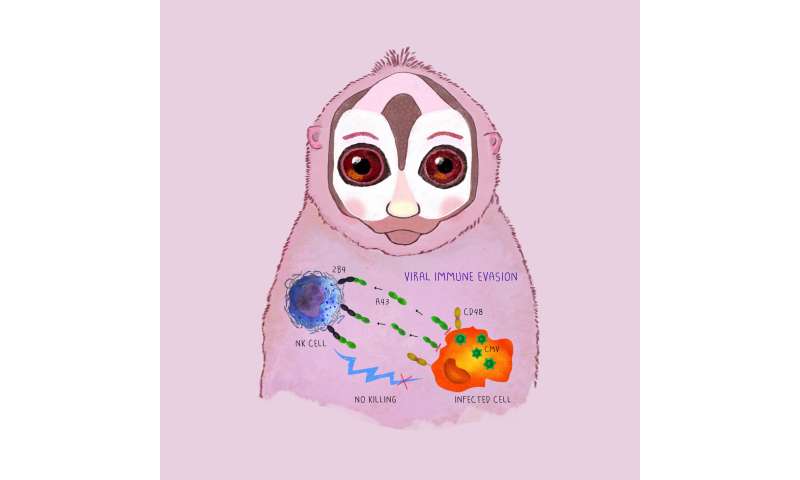 Owl monkey cytomegalovirus produces a decoy molecule A43 to evade detection and destruction by immune cells in their hosts, according to a study published April 4 in the open-access journal PLOS Pathogens by Ana Angulo of the University of Barcelona, and colleagues. As the authors note, the findings provide a novel example of an immune evasion strategy developed by viruses.

Throughout evolution, cytomegaloviruses (CMVs) have been capturing genes from their hosts, employing the derived proteins to dampen immune responses and successfully persist within their hosts. Certain CMVs encode homologs of CD48, a molecule found on the surface of most of the leukocytes of the body. CD48 binds to the 2B4 receptor on certain immune cells such as natural killer cells, which play a pivotal role in the rapid recognition and control of viral infections. But the properties and biological relevance of the viral CD48 homologs have not been explored. In the new study, Angulo and colleagues have investigated for the first time the immunomodulatory potential of one of these viral molecules: A43, a CD48 homolog encoded by owl monkey CMV.