Subunit vaccines contain protein antigens and one or more adjuvants, which are vital in stimulating/enhancing the immune response to a pathogen. Some adjuvants, like the TLR9 agonist cytosine phosphoguanine (CpG), trigger innate immune cell activation. CpG activates intracellular signaling leading to antigen-presenting cell (APC) and B cell activation. 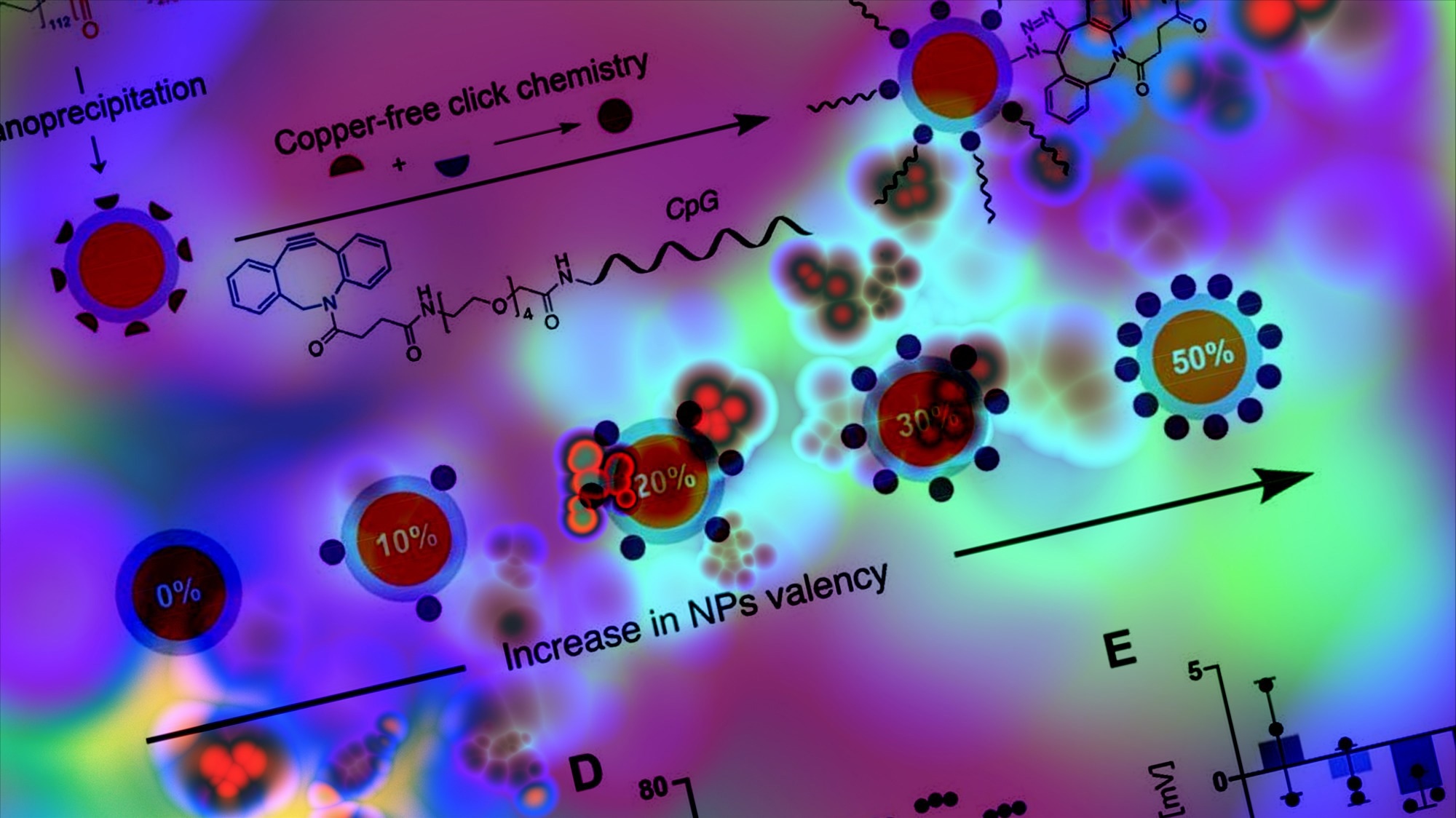 The study and findings

Conjugation caused no changes in the properties of NPs, and the functionalization of CpG was confirmed. The conjugated NPs had hydrodynamic diameters (56 nm – 62 nm) within the range for improved trafficking to lymph nodes. Next, the team tested the immunogenicity and biological activity of CpG in RAW-Blue macrophage cells in vitro.

Cells were incubated with soluble CpG or CpG NPs. In addition, the assay was used to examine the effect of CpG valency on NPs and the potency of immune cell activation. Cells were incubated with soluble CpG, PEG-b-PLA NPs (plain), or CpG-conjugated NPs with variable valency. 30% CpG NP had the lowest half-maximal effective concentration (EC50), 66% lower than 10% CpG NP. The highest EC50­ was obtained with 50% CpG NP, suggesting low TLR9 activation.

As such, PNP hydrogels were synthesized by mixing aqueous solutions of biodegradable PEG-b-PLA NPs and hydroxypropyl methylcellulose (HPMC-C12) derivatives. Next, they analyzed PNP hydrogel formulations of 10wt% NPs (mixture of CpG NPs and unconjugated NPs) and 2wt% HPMC-C12, denoted as PNP-2-10. CpG NPs caused no significant changes in the mechanical properties of the PNP hydrogel.

These hydrogels (PNP-2-10) were synthesized and loaded with SARS-CoV-2 spike protein. The diffusivity of the spike and CpG NPs in the hydrogel were similar to the self-diffusivity of the PNP matrix, indicating that the two cargoes (CpG NP and spike) were immobilized within the hydrogel. The immunogenicity of SARS-CoV-2 spike with soluble CpG, CpG NP adjuvants, or CpG NP hydrogels was investigated.

C57BL/6 mice were primed at week 0 with vaccines comprising 10 μg spike antigen adjuvanted with soluble CpG (20 μg) or CpG NPs (containing 20 μg CpG) and boosted three weeks later with a homologous dose. In addition, animals were primed with hydrogel formulation comprising a 20 μg spike antigen with CpG NP (40 μg); unlike others, they were not boosted as the total dose was the same as a two-dose regimen.

Finally, the researchers evaluated the neutralizing activity of sera from each treatment group using HeLa cells and SARS-CoV-2 spike-pseudotyped lentiviral particles. At week 3, before boosting, sera from mice immunized with soluble vaccines had at least 50% infectivity, while sera from the CpG NP hydrogel vaccine group protected cells from infection.

To summarize, the research team developed an NP-conjugated adjuvant platform whereby CpG, a TLR9 agonist, was displayed on the PEG-b-PLA NP surface. 30% CpG NPs showed the highest potency in vitro, which were used as adjuvants for vaccine candidates. The CpG NP-adjuvanted vaccines induced greater humoral responses than soluble CpG-adjuvanted vaccines.

bioRxiv publishes preliminary scientific reports that are not peer-reviewed and, therefore, should not be regarded as conclusive, guide clinical practice/health-related behavior, or treated as established information

Tarun is a writer based in Hyderabad, India. He has a Master’s degree in Biotechnology from the University of Hyderabad and is enthusiastic about scientific research. He enjoys reading research papers and literature reviews and is passionate about writing.