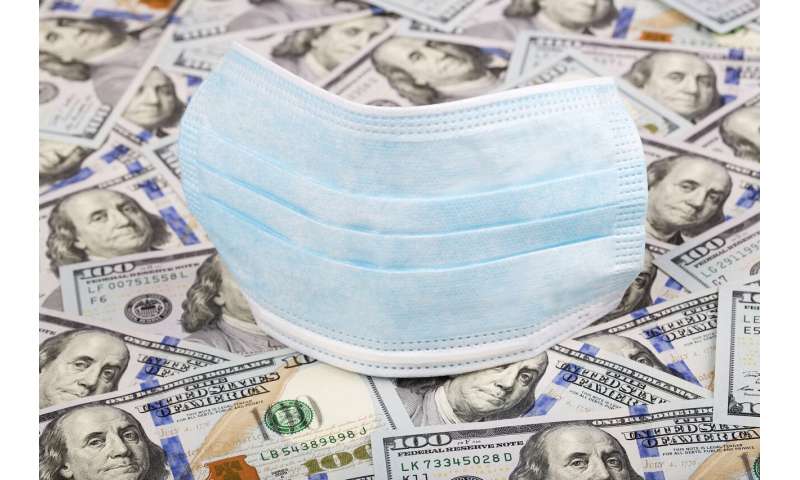 The North has been hit harder than the rest of the country during COVID-19 and this has increased inequality in England, a new study involving Newcastle University has revealed.

Researchers have found that the pandemic hit the North harder and more deeply and that mitigating measures must be put in place to stop inequalities rising further and faster.

The report conservatively estimates the economic cost of the increased mortality in the North during the pandemic at £6.86bn and the reductions in mental health in the region due to the pandemic at around £5bn a year.

Compiled by the Northern Health Science Alliance and other organizations, the report included a list of 12 recommendations to “level-up” the country, including renewed efforts to tackle child poverty.

The report led by scientists from the universities of Newcastle, Manchester, York and Liverpool found 57.7 more people per 100,000 died in the Northern Powerhouse than the rest of England between March and July.

They also said that since the pandemic, adverse trends in poverty, education, employment and mental health for children and young people have worsened.

Clare Bambra, Professor of Public Health at Newcastle University, said: “Our report highlights that we are not all in the pandemic together with the Northern regions being hardest hit. Health and wealth in the Northern Powerhouse lagged behind the rest of the country even before the COVID-19 pandemic, and over the last year our significant regional inequalities have been exacerbated. We need to significantly ‘level up’ the country by providing immediate additional support to local authorities and devolved administrations in the North—and by investing further in public health prevention in the Northern Powerhouse. In this way, we can reduce the inequalities that the pandemic has highlighted and ensure that our regions are better equipped for building back better.”

Figures show austerity simultaneously put the Northern region in a more vulnerable position by reducing health and wellbeing, and cost the UK around £2bn a year in lost productivity, with over £16bn lost since 2011.

Hannah Davies, Health Inequalities lead for the Northern Health Science Alliance, said: “Health inequalities between the North and the rest of England have been growing for over a decade. This report demonstrates the impact that has had on the productivity of the region and how it has led COVID-19 to take a devastating grip on the North. We call on the Government to follow the recommendations of the report to put mitigating measures in place, to support public health measures, reduce child poverty, tackle mental health to support North through the pandemic and allow its ambition of leveling up to become an achievable reality.”

The report authors make a series of recommendations to stop further deteriorations in the level of inequalities, such as place additional resource into the Track and Trace system in the Northern Powerhouse, reduce child poverty and deliver a fund ring-fenced to tackle health issues.