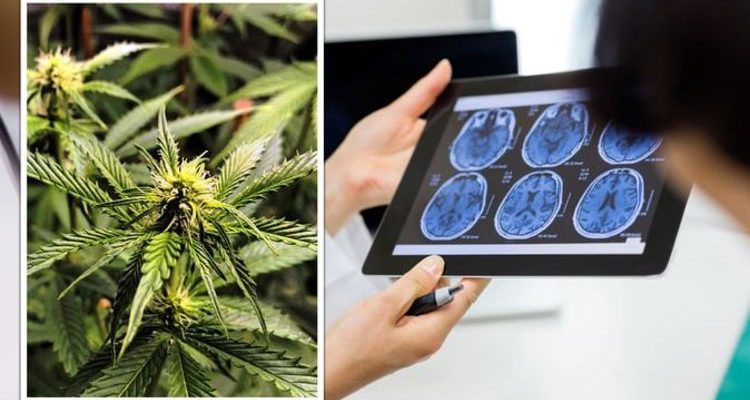 Glioblastoma is a persistent and aggressive form of brain tumour that is hard to tackle with surgery, radiotherapy and chemotherapy. The median survival for a person diagnosed with the condition is about 15 months, and without no treatment, the number drastically drops to 3-6 months. Cancer charities and the NHS are starting a new trial to investigate the efficacy of cannabis-based drug Sativex in treating the most aggressive form of brain tumours.

About 2,200 people in England are diagnosed every year with the disease, making it the most common type of primary malignant brain tumour in adults.

The condition can form at any age, but tends to occur more often in older adults.

According to the Mayo Clinic, symptoms of the condition include headache, nausea, vomiting and seizures.

Susan Short, professor of clinical oncology and neuro-oncology at Leeds University, who is the principal investigator of the study, said: “We think that Sativex may kill glioblastoma tumour cells and that it may be particularly effective when given with temozolomide chemotherapy.

“It may enhance the effects of chemotherapy treatment in stopping these tumours growing, allowing patients to live longer.

“That is what we want to test in the study.”

For the clinical trial, doctors will administer cannabis-based drug Sativex to glioblastoma patients across the UK, alongside chemotherapy medication in an attempt to kill off cancer cells.

The Brain Tumour charity, which is funding the trial, will recruit 232 patients early next year from 15 hospitals, including specialist cancer centres, across the UK.

Doctor David Jenkinson, the Brain Tumour Charity’s interim chief executive, said: “We hope there is significant interest in our community about the potential activity of cannabinoids in treating glioblastomas.

“We’re really excited that this world-first trial here in the UK could help accelerate these answers.

“Recent early-stage findings were really promising and we now look forward to understanding whether adding Sativex to chemotherapy could offer life extension and improve quality of life, which would be a major step forward in our ability to treat this devastating disease.”

Professor Short said a previous study suggested that Sativex could give people extra life, with many participants who had the drug still alive a year on from the study, compared with those who had a placebo.

She explained: “[The study] showed that this combination was safe, although some patients had problems with side-effects including sickness, tiredness and dizziness.

“The study was not designed to test whether Sativex was better in terms of survival. But it did suggest that some patients who had Sativex did better than expected and better than those who just had chemotherapy.”

The private clinic provides unlicensed medicines for people with conditions that do not meet the criteria for NHS-prescribed cannabis products.

Sativex is one of three products licensed by the UK-wide Medicines and Healthcare products Regulatory Agency (MHRA).

Nabilone, a drug prescribed for chemotherapy-induced nausea and Epidyolex, which is prescribed to treat rare forms of childhood epilepsy, are also licensed medicines in the UK.

Many other cannabis products are unlicensed but can still be prescribed privately.

Medical cannabis was legalised in the UK in November 2018 and doctors are allowed to prescribe it in certain situations.