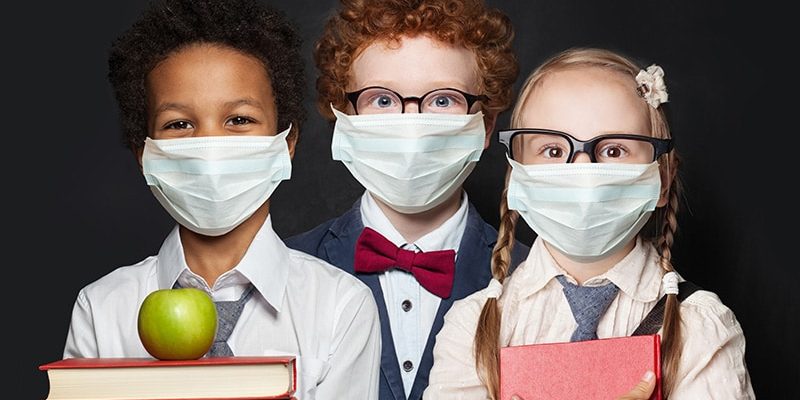 After 2 weeks of increases in the number of new COVID-19 cases in children — a trend that just happened to coincide with the start of a new school year — there were fewer cases reported during the first full week of September, according to the American Academy of Pediatrics and the Children’s Hospital Association.

Data available from state and territorial health departments show that just over 83,000 new child COVID cases were reported between Sept. 2 and Sept. 9, a drop of about 8% from the previous week, the AAP and CHA said in their weekly COVID-19 report, noting also that seven states and the District of Columbia no longer update their online dashboards while others publish new data less often than every week. 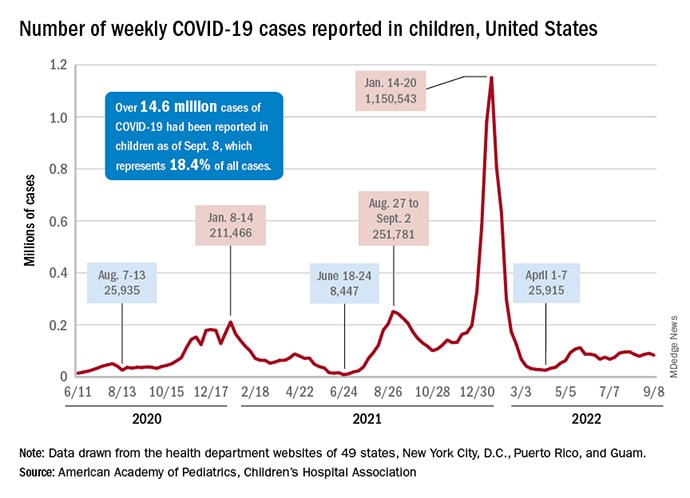 The drop in new cases was accompanied by declines in emergency department visits and hospital admissions, both of which had shown some signs of resurgence in mid- to late August. The brief rise in ED visits seemed to be age-related, occurring in those aged 12 years and older but not in younger children, whose ED visit rate fell steadily through August. Through the first week of September, however, 7-day averages were down for both those aged 12-15 and for 16- to 17-year-olds, the Centers for Disease Control and Prevention reported.

The rate of new hospital admissions of children with confirmed COVID-19, available only for ages 0-17 years, has declined every day since Aug. 28, when it reached 0.44 per 100,000 population after a week of climbing, the CDC said on its COVID Data Tracker.

Vaccinations Are Slowly Adding Up

On the prevention side of the health care system’s response to COVID, the CDC’s cumulative numbers looked like this as of Sept. 6:

This story originally appeared on MDedge.com, part of the Medscape Professional Network.