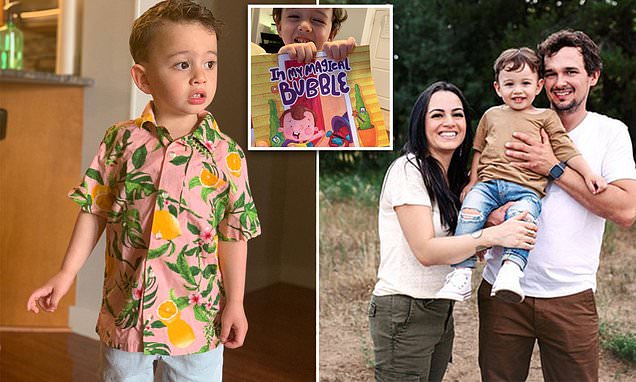 Boy, 2, with no immune system – who is forced to live in a sanitized ‘bubble’ and can’t socialize with other kids – is denied drug that is 95% effective because it’s not PROFITABLE enough for Big Pharma

A toddler with a rare genetic disorder that leaves him unable to play with other children – forcing him to live in a sanitized ‘bubble’ – is being denied a cure for his condition because drug companies say it is not profitable enough.

Jakob Kamil Guziak, from Alberta in Canada, was diagnosed with severe combined immunodeficiency (SCID) shortly after birth, a condition that robs children of a functioning immune system.

The rare condition is normally a death sentence with just one in five sufferers surviving to their 20th birthday, but in recent years scientists have developed treatments that are up to 95 percent effective against it.

But these are now hard to come by after drug companies including UK-based Orchard Therapeutics pulled the plug on them after it was unclear how the several-million-dollar-a-go procedures would turn a profit. Massachusetts-based Mustang Bio is also working on a procedure, but will price it in the millions.

Jakob’s mother Andrea said she had dreamed of her son starting school and doing swimming lessons before he was born. But now — after being left unable to secure a treatment — he will have to begin preschool at home this September. 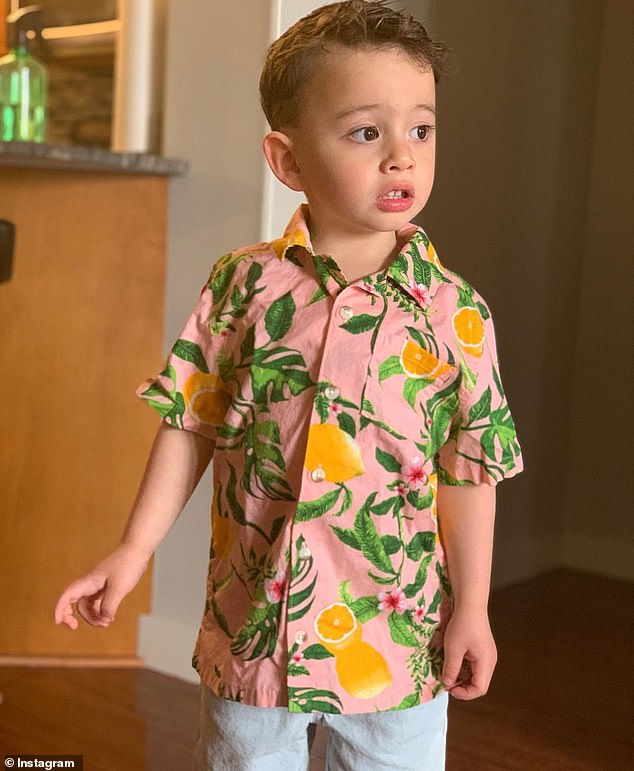 Jakob Kamil Guziak, from Alberta in Canada, was born with a genetic condition that left him without a functioning immune system. It means he is yet to be allowed to play with other children and must have three injections a week 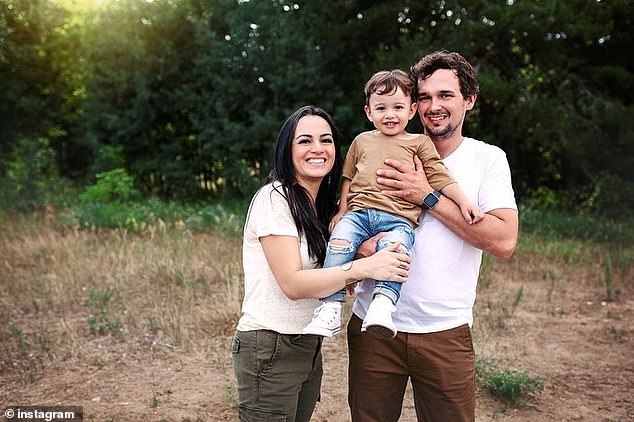 Mother Andrea, pictured, is frustrated that treatments for her son’s condition have been developed but that none are available because pharmaceutical companies fear they won’t turn a profit. Also shown is Jakob and father Kamil 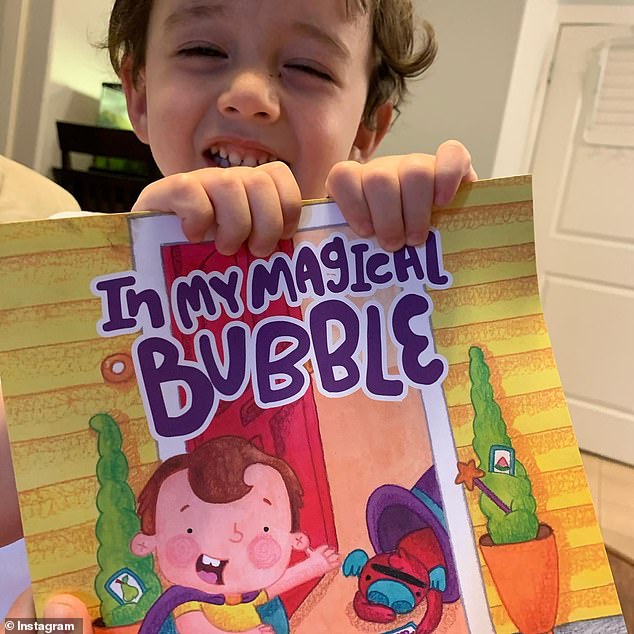 Jakob’s condition is called severe combined immunodeficiency (SCID), which robs children of a functioning immune system. About one in five sufferers make it to their 20th birthday

About one in 58,000 babies are born with SCID in the U.S. every year, which is caused by an inherited genetic disorders.

Youngsters with the condition initially seem healthy but this is only because their mother’s immune system is protecting them. As this wanes, common infections and even vaccines could prove life-threatening to them.

To avoid exposing patients to everyday germs many patients have been put in plastic enclosures in the past — earning the condition the nickname ‘bubble’ syndrome — to protect them.

Today many are kept in effective lockdown at home — like with Covid — to protect them. They are also injected with enzymes to boost immunity.

Severe combined immunodeficiency is a group of rare, inherited disorders that cause abnormalities of the immune system.

This puts patients at a greater risk of life-threatening infections.

SCID-affected babies typically become ill within the first few months of their lives.

They are partially protected during the first few weeks due to antibodies passing from their mothers during the late stage of pregnancy.

Although patients used to die within the first year, modern treatment means the risk of infection can be reduced and many cases can be cured.

SCID occurs when immune cells, known as white blood cells, are missing or malfunctioning due to a genetic mutation.

Affected babies are more likely to suffer from coughs or colds during the first few months, which are often severe and long lasting.

The first step in protecting patients is to provide a sterile environment that protects the child from infection.

Although parents can stay with the child, visitors must be kept to a minimum.

Antibiotics, antiviral and anti-fungal drugs are given, usually via syrups, to prevent and fight any infections.

Regular immunoglobulin therapy is also required to provide the youngster with antibodies from donors.

But this is only a temporary fix with a stem cell transplant or gene therapy then being required to ‘cure’ the condition.

Jakob has barely left his parents’ home since he was discharged from hospital in October 2019 when routine tests picked up the condition, reports the Insider.

The only people allowed to visit him have been his grandparents and a few family friends who have no kids or pets.

To keep their son safe, his parents change their clothes and shower whenever they come in from work.

On walks round the neighborhood if Jakob sees a dog he is only allowed to pet it twice, before his mother applies liberal amounts of hand sanitizer.

Treatments have been developed for the condition, but they are not on the market because of the multi-million costs and drug companies failing to see how to profit from them.

Current procedures rely on gene therapy, where stem cells are removed from the bone marrow, treated in the lab to repair their genes, and then returned to patients to rebuild the immune system.

Tests have shown they are up to 95 percent effective, but thanks to the hefty price tags drug companies have largely steered clear.

British pharmaceutical giant GSK pioneered Strimvelis in the 2000s to help patients with the condition.

But — after offering it to only 17 patients — they sold the rights, following difficulties turning a profit.

It was bought by Orchard, a biotechnology startup which was working on another gene therapy for the condition with Dr Donald Kohn, an immunologist at the University of California, Los Angeles.

But — like at GSK — it was also eventually dropped by Orchard.

A spokesman for the company told the Mail the decision was due to ‘manufacturing requirements’ for the treatment as well as other treatments already being on the market. Their decision came after stocks tumbled 90 percent.

A third gene therapy is also being developed by Massachusetts-based Mustang Bio for patients, which they expect to give a multi-million dollar price tag to ensure they can claw back the investment.

Major barriers to companies developing these treatments have included their hefty price tags and because they target rare conditions, meaning there are few potential patients.

But in the case of SCID treatments have now actually been developed, but there is difficulty accessing them because drug companies have shifted away.

Orchard has passed the rights for Kohn’s treatment to the inventor, who has raised $4million to keep carrying it out — but he told the Insider this was only enough to treat another three patients.

In her mission to get her son treatment, Andrea has learnt all about gene therapy and how drugs are developed.

She said: ‘I feel emotionally exhausted.

‘I have been working tirelessly. Let’s go on TV, let’s gon on the radio. It’s a lot.

‘[But] Jakob keeps me going. When I look at him, I don’t want to stop. the work is not done until it’s done.’

It comes after after a British mother’s son died five days before his first birthday when a catalogue of delays led to his condition being missed for months. 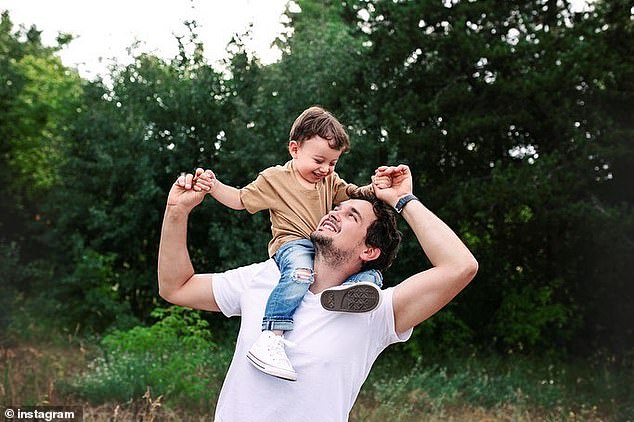 Jakob pictured with his father Kamil at home in Edmonton, Alberta which is in Canada 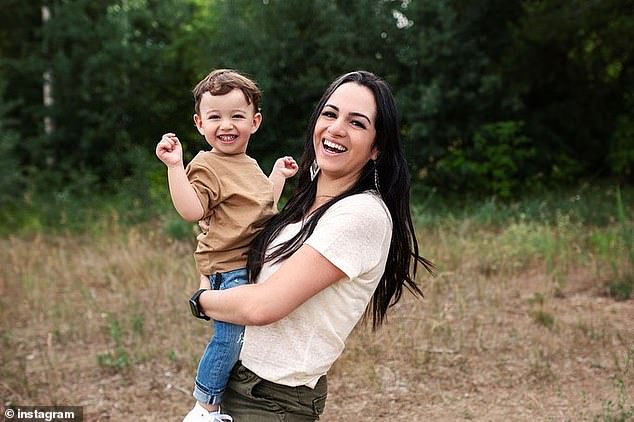 Jakob pictured with his mother Andrea. She has recently been diagnosed with cancer, and said it has been a battle to get her son to this stage, but she has no plans to stop until he gets treated

Proud mother Susie Thorndyke had been showing off her baby boy, passing him to friends and family for a cuddle.

But two months later Susie learned that those cuddles had caused irreparable damage to his immune system because he had SCID.

If diagnosed at birth, children with the condition can be protected until they are ready to receive a bone marrow transplant to repair their immune system.

With this treatment, 90 per cent of so-called ‘bubble babies’ will have a normal, healthy life, says Bobby Gaspar, an honorary professor in pediatric immunology at University College London.

‘Because he was not diagnosed straight away, every person who saw James made him more poorly — the bugs that are harmless to most babies were deadly to him,’ says Susie, 38.

For Susie and Justin, 45, a farmer from Norwich, their ordeal has been made worse by the fact that James’s death was avoidable: there is a $3 test that can check for this condition.