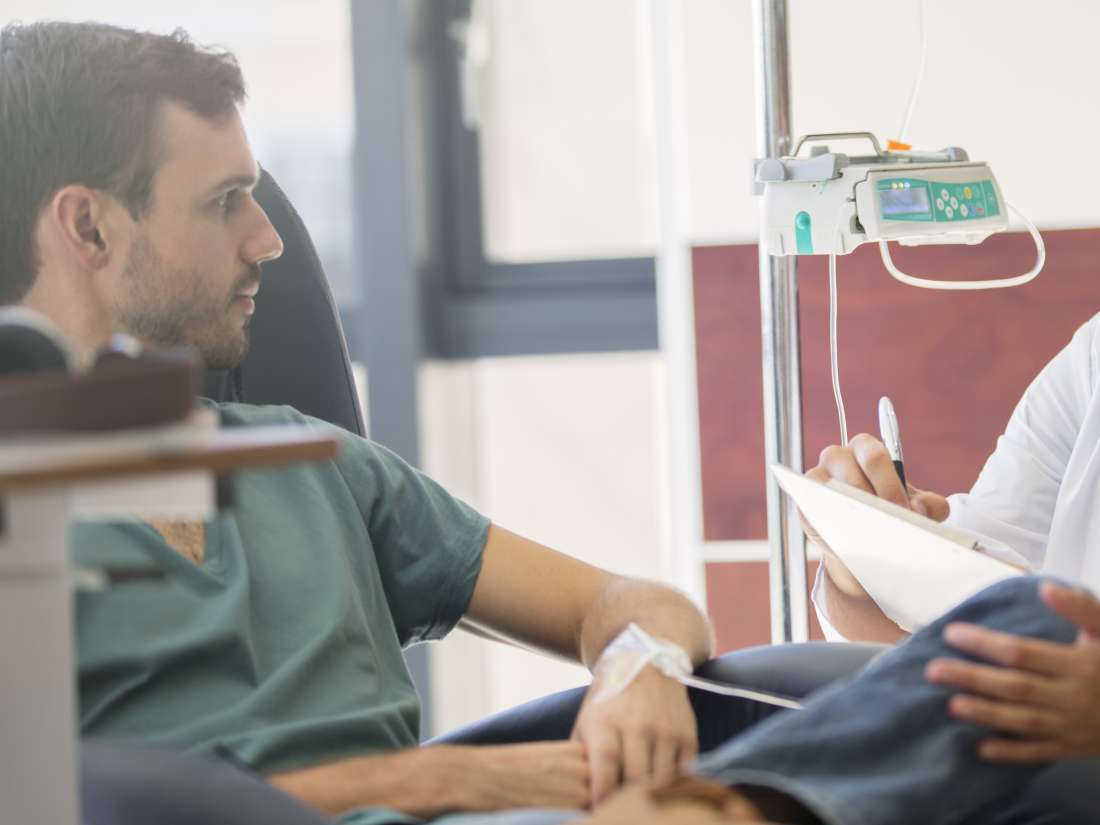 Doctors typically only recommend chemotherapy for Crohn’s disease in very specific circumstances, including when other standard treatment methods fail.

There are also some safety factors to consider. It is also worth noting that only some chemotherapy drugs might work.

In this article, we will look at how well chemotherapy for Crohn’s disease works, available types, and whether there are any side effects.

There is currently no cure for Crohn’s disease. For this reason, treatment focuses on reducing symptoms so that the person can go about their daily life.

It is possible for the disease to go into remission, which is a period when the disease causes few to no symptoms.

Medical treatment aims to achieve this remission and, with the help of other medicines and lifestyle changes, keep the disease in remission for as long as possible.

Crohn’s disease is a category of inflammatory bowel disease (IBD), and most people with Crohn’s disease respond well to traditional IBD therapy methods. These include corticosteroids, immunosuppressants, and 5-aminosalicylic acid drugs.

A doctor may also choose to prescribe specific medications for individual symptoms, such as an antidiarrheal drug if the person is experiencing diarrhea.

However, in some cases, Crohn’s disease does not respond well to drugs, and symptoms may continue or get worse. When this occurs, a doctor may prescribe certain chemotherapy drugs to help treat it.

Infliximab (Remicade) is a type of tumor necrosis factor (TNF)-blocker.

TNF is a specific protein that helps regulate the immune cells. Part of its job includes creating inflammation. In a disease such as Crohn’s, where such inflammation may run wild, doctors may recommend TNF blockers to help suppress inflammation.

Doctors may administer infliximab through an injection or intravenous line, and the treatment is typically ongoing. This means that the person has to visit their doctor or healthcare provider repeatedly to continue treatment.

Common side effects include a headache and nausea, as well as other immune system side effects, such as unexplained rashes.

Some people may have an allergic reaction to the drug. It is essential to report any symptoms to a doctor for evaluation. The doctor may want to change the dosage or have the person stop taking the drug altogether.

Doctors usually prescribe methotrexate (Otrexup) to treat cancer. However, it also has the potential to treat immune disorders, such as IBD and rheumatoid arthritis, albeit in a much lower dosage.

They will typically only prescribe methotrexate when other treatment options fail, as it has some strong effects in the body.

The drug lowers cell production to reduce the activity of the condition. A side effect of this is that the bone marrow may not make as many red blood cells. People taking methotrexate may require regular checkups, including blood tests, to check for other complications.

Other common side effects include fatigue, nausea, vomiting, and mouth ulcers. Methotrexate also blocks folate intake in the body, so is important that people take folate or folic acid supplements.

As one study in the journal Annals of Gastroenterology notes, those with IBD who undergo chemotherapy are not at a higher risk for cancer.

However, other drugs that doctors recommend for IBD, such thiopurines, can also raise a person’s risk of cancer.

According to a study in World Journal of Gastrointestinal Pharmacology and Therapeutics, people who use thiopurines are four to five times more likely to develop lymphoma.

The use of chemotherapy medications does not seem to increase the overall cancer risk in people with IBD.

Crohn’s is a persistent disease with no known cure. Some forms of chemotherapy may help treat the symptoms and put the disease into remission. However, doctors may only prescribe chemotherapy treatments for people who do not respond well to conventional treatments.

As with any treatment, doctors will want to monitor a person closely to check for any unwanted side effects or complications.

For the most part, chemotherapy is a helpful way to treat particularly troublesome forms of Crohn’s disease.