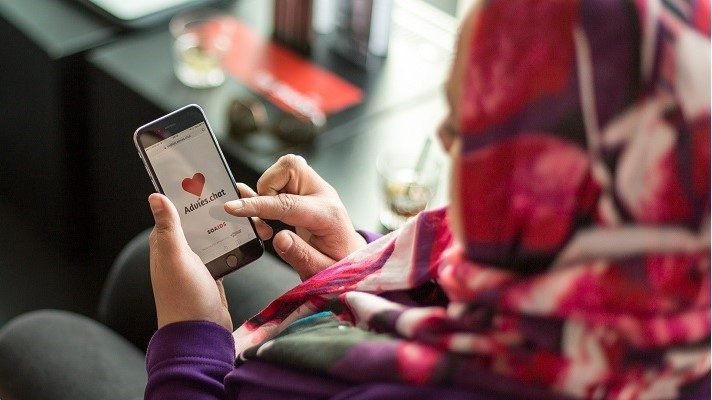 According to data from Public Health England released this week, the number of sexually transmitted infections (STIs) increased by five percent in England in 2018 in comparison to the previous year.

Although there are many factors at play here – including cuts to sexual health services – it is clear that some people might not be seeking the help they need because they feel embarrassed to do so.

And it’s not just about STIs; many topics gathered under the sexual health umbrella are still largely seen as taboos. At the HIMSS & Health 2.0 European conference in Helsinki, Finland next week, an ‘unmentionables’ session aims to put the spotlight on efforts to break down the stigma around sexual health, and Washington-based Advocates for Youth is using digital means to do just that.

In 2016, it partnered with Answer and Youth Tech Health to launch AMAZE, a platform through which they want to provide “accurate, affirming, and honest” information for young people aged between 10 and 14 with resources including animated videos hosted on YouTube.

“AMAZE doesn’t exist to circumvent public sex ed, or parents’ relationships with their children – our resources are simply created to foster conversations and education that should continue throughout schools, homes, and medical offices,” Lincoln Mondy, senior manager for strategic partnerships at Advocates for Youth, tells MobiHealthNews.

It’s no surprise that the team has turned to YouTube, one of the most popular search engines, for this work, but Mondy, who will be speaking at the conference, says his presentation will further highlight the need for “more creative ways” to reach young people with vital information about sexual health.

“I grew up black and queer in a rural Texas town that seemed to be at odds with both, so I unfortunately know what can happen when young people feel isolated, ignored, and othered. That’s why I’m so invested in working to build youth power and sex ed for all. It’s personal,” he adds.

AMAZE – at the time of writing – has nearly 115,000 subscribers on YouTube, and its most popular video has more than three million views. These cover 16 topics recommended by the US Centers for Disease Control and Prevention as “essential” elements of sexual health education, and they also accept requests. According to Mondy, the content and topics that people ask for most often are the ones – you guessed it – often seen as taboos.

“We monitor comments and when we continuously see requested videos, we take the request to the full AMAZE expert group who then decides how to approach the topic in an age-appropriate and research-backed manner, then work closely with an animator to make sure there’s a relatable and engaging storyline,” he explains.

The production is based on the US National Sexuality Standards, which have been reviewed by over 40 experts in areas including psychology, sociology, and education, and AMAZE aims to help educators, for example by providing lesson plans, and parents – with a dedicated Facebook group where they host Facebook lives with experts or share relevant information. “All of our resources are meant to be shared when people are asking questions, or might need low-pressure ways of approaching certain topics,” Mondy explains.

Now, the team is working to create “culturally-relevant” resources for people in different regions across the world, as their content has reportedly been seen by people in nearly 200 countries. This follows a recent launch of AMAZE in Latin America and South Africa.

“Through these efforts collectively, more than 80 AMAZE videos have been dubbed, adapted or subtitled into Spanish, French, Hungarian, Korean, Japanese, Afrikaans or Xhosa by AMAZE partners,” Mondy says. “If we truly want to make sure all young people have the information to lead safe and healthy lives, we have to meet them where they are, on their terms.”

In the Netherlands, Erwin Fisser, now a campaign manager at private foundation Aidsfonds, has been working on a web-based application launched in 2017 to provide people with “anonymous, reliable advice” on whether they should get checked for STIs and where they can go to do so.

“This application is designed to resemble an actual chat conversation, but on the backend it’s a structured questionnaire, since that is the only way we can guarantee that every user gets advice that is 100% correct,” Fisser, who will also be speaking at the HIMSS conference this month, explains.

“One of the reasons we had for building this is that we knew that there are people who worry about an STI, but cannot or will not go and seek professional help (…). With Advies.chat they find an intervention that does not judge their behaviour, it provides them with quality advice on whether they should get tested and that’s it,” he tells MobiHealthNews.

Ten years ago, Fisser helped launch a chatbot called Bzz, which provided tailored information about sexual health and substance use. He has implemented and experimented with a suite of eHealth interventions, but getting funding for health prevention projects, he says, remains a difficult task.

“Government grants tend to require an evidence base which a lot of times just isn’t there yet, and for example health insurers have difficulty seeing the business models. We were extremely lucky to get funding for Advies.chat from the Dutch lottery Vriendenloterij,” he explains.

Mondy and Fisser will be speaking at the HIMSS & Health 2.0 European conference on Wednesday, 12 June. MobiHealthNews is a HIMSS Media publication.