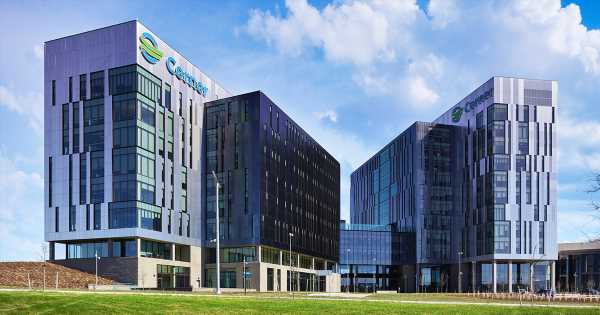 The Wall Street Journal is reporting that Oracle may be interested in acquiring health IT giant Cerner Corp., and that the two companies are negotiating a potential $30 billion deal.

The paper claims that “people familiar with the matter” say an “agreement could be finalized soon … assuming the talks don’t fall apart or drag out.”

A Cerner spokesperson did not respond to a request for comment.

WHY IT MATTERS
While Oracle has a healthcare presence, an acquisition of this size would represent a significant investment to the future of healthcare technology, especially cloud computing and artificial intelligence.

WSJ notes that a $30 billion acquisition would be the company’s biggest ever – triple the size of its next-biggest deal (its $10 billion purchase of PeopleSoft, 16 years ago).

Oracle has been making a big push to build out its cloud computing power, and a Cerner acquisition would be another move in that direction

“Investors have warmed to Oracle as the company ramps up its focus on winning cloud-computing business, after initially being slow to embrace the booming market for storing and analyzing data on remote servers,” write Cara Lombardo and Dana Cimilluca in the WSJ article.

If the acquisition were to occur, it would be the second recent example of a legacy tech giant spending big on a healthcare-focused player with deep cloud and AI expertise. Microsoft bought Nuance for $20 billion this past April, after having worked on projects together for years.

It would also make for another recent example of a major electronic health vendor being acquired – following news this past month that cloud IT company athenahealth would be bought for $17 billion by a pair of private equity firms.

Cerner’s chief competitor, Epic Systems, has always been privately held, of course, and has shown every intention of staying that way. (Despite Wall Street analyst Jim Cramer once famously suggesting that Epic should be acquired by Apple.)

THE LARGER TREND
The past year or so has been marked by some big changes at Cerner. The biggest, of course, was the arrival of Dr. David Feinberg, who most recently led Google Health, as the company’s new chief executive officer in August.

But it’s been a challenging year for the company too, with rounds of layoffs and ongoing setbacks disrupting Cerner’s work on the EHR modernization project at the VA.

ON THE RECORD
Still, in the company’s Q3 earnings call six weeks ago, Feinberg said he is “wildly optimistic about our outlook for long-term growth.”

He added: “As far as organic versus M&A, I’m still getting up to speed. One of the rules I have is to really learn more about the organization before we make any big moves. And I’ve had a team that’s got me up to speed quickly. So we’ll continue to evaluate what’s out there.”