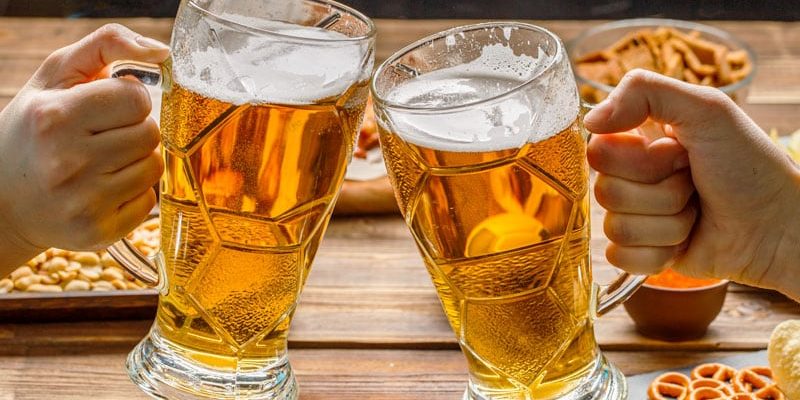 Emergency department (ED) visits for atrial fibrillation (AF) appear to go up on days around some annual events in the United States that many people commemorate by consuming alcohol in excess — think Christmas, New Year’s Day, and Super Bowl Sunday.

The novel finding seemed especially true for people without a previous AF diagnosis, suggesting that alcohol intake, and especially binge drinking, “may acutely enhance the risk” of new-onset AF, propose researchers in their January 12 report for the inaugural issue of Nature Cardiovascular Research.

They then compared the timing of those events to ED visits linked to acute alcohol ingestion and, separately, to ED visits coded for AF in 10 years of data that cover all of California.

Collectively, the eight annual occasions for heavy alcohol use corresponded to spikes in both kinds of ED visit. Their relationship to AF-related visits overall grew in strength when the analysis was restricted to new AF diagnoses.

The researchers acknowledge the limitations of their observational study. Still, the findings represent “the first evidence that acute exposure to alcohol can lead to a given atrial fib episode in a short period of time, even among those without an established AF diagnosis,” senior author Gregory M. Marcus, MD, MAS, University of California, San Francisco, told theheart.org | Medscape Cardiology.

“The observation that this was detectable in the general population is a warning to those who drink heavily that any one episode of excessive alcohol consumption could land them in the ED with atrial fibrillation,” he said.

It’s “definitely speculation,” but such ED visits could represent an opportunity for individuals to link their new arrhythmia with a specific episode of excessive drinking, strengthening the message that the two are likely connected, Marcus observed. The experience could potentially inspire some to “reduce or eliminate” their alcohol intake in an effort to avoid future AF.

The group obtained data from 2014 to 2016 on more than 1.2 million breath alcohol measurements from about 36,000 people in 59 countries, half residing in the United States, who used commercially available breathalyzer devices from one manufacturer (BACtrack).

The 8 days marking recurrent nationally recognized events, and the days before and after them, were associated with mean blood-alcohol concentrations in the top fifth percentile for the year.

The same eight occasions marked significant bumps in ED visits related to acute alcohol ingestion in records from the California Office of Statewide Health Planning and Development (OSHPD), which documented almost 1.2 million such visits from 2005 to 2015.

Collectively in adjusted analysis, the eight nationally recognized events, compared with other days of the year, accounted for 2640 excess alcohol-related ED visits per 100,000 person-years across all of California (P < .001).

Separately, ED visits coded for a diagnosis of AF concentrated significantly around those same 8 days, on which there was an excess of 719 such AF-related visits per 100,000 person-years (P = .008).

The analysis was replicated after exclusion of OSHPD records from anyone with a previous AF-related ED visit or hospitalization, or previous outpatient procedure related to AF, such as ablation or cardioversion. It saw 1757 excess ED visits per 100,000 person-years (P < .001) for what was considered new-onset AF in association with the eight nationally recognized events, compared with the rest of the year.

The implication, that a bout of alcohol use leading to an ED visit can acutely raise the risk for a first episode of AF, was subjected to a “negative control analysis” that focused on ED visits for supraventricular tachycardia. It showed no significant relationships with the eight nationally recognized events.

“We think that helps demonstrate that it’s not just more ED visits, more palpitations, or more heart-related visits per se” associated with acute alcohol use, Marcus said, “but that it’s something fairly specific to AF.”