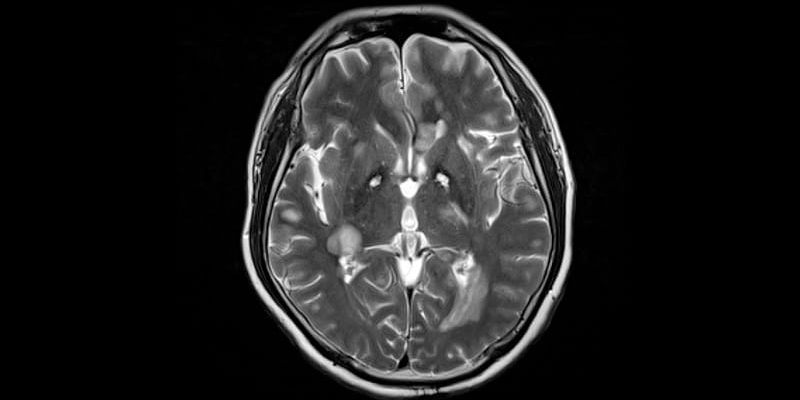 Two men in the United States developed encephalomyelitis — inflammation of the brain and spinal cord — after contracting monkeypox, according to a new report published by the Centers for Disease Control and Prevention (CDC). Both patients, who were previously healthy and in their 30s, survived, though the report notes that both used assistive walking devices when discharged.

Neurologic complications of monkeypox virus infection are rare, though brain inflammation has previously been reported. The two monkeypox-related deaths in Spain earlier this summer resulted from both patients developing encephalitis, said Isabel Jado, PhD, director of Spain’s National Institute for Microbiology, in a World Health Organization (WHO) presentation. WHO also lists encephalitis as a possible compilation to monkeypox.

“Although neurologic complications of acute monkeypox virus (MPXV) infections are rare, suspected cases should be reported to state, tribal, local, or territorial health departments to improve understanding of the range of clinical manifestations of and treatment options for MPXV infections during the current outbreak,” write lead author Daniel Pastula, MD, a neurologist and epidemiologist at the University of Colorado School of Medicine in Aurora, and co-authors.

The report was published September 13 in the CDC’s Morbidity and Mortality Weekly Report .

The first case (patient A) occurred in a previously healthy gay man in Colorado. He had not been vaccinated against monkeypox or smallpox. In July 2022, he reported fever, chills, and malaise; 3 days later, he developed a rash on his face that spread to his extremities and scrotum. Polymerase chain reaction (PCR) test results later confirmed MPXV infection.

Nine days after his initial symptoms, patient A developed worsening weakness and numbness in his left arm and leg as well as difficulty urinating. After being hospitalized, an MRI showed lesions on the brain and spine. There was no evidence of monkeypox virus DNA in the cerebrospinal fluid.

Patient A was treated with oral tecovirimat (TPOXX), intravenous (IV) methylprednisolone, immunoglobulin, and penicillin. After 2 weeks, improvement in limb weakness and numbness plateaued, with continued weakness in the left leg.

The patient’s leg weakness further improved after starting plasmapheresis treatment, and his rash resolved in 3 weeks. The patient was discharged to outpatient rehabilitation therapy, and at his 1-month follow-up, he was using an assistive walking device.

The second case (patient B) occurred in a previously healthy gay man in DC. He had not been vaccinated against monkeypox, and it was not known if he had received a smallpox vaccine. In July 2022, he developed a fever and muscle pain, followed by a rash on his face, extremities, trunk, and perianal area. PCR test results later confirmed MPXV infection.

Five days after symptom onset, he began experiencing bowel and bladder incontinence and progressive flaccid weakness of both legs and was hospitalized. Over the next 2 days, he developed altered mental status and obtundation, and was intubated and transferred to the intensive care unit. An MRI showed lesions on the brain and spine, and a CT revealed rectal thickening and swelling of lymph nodes in the pelvis, though the latter was thought to be related to the monkeypox infection. There was no evidence of monkeypox virus DNA in the cerebrospinal fluid.

Patient B was treated with IV TPOXX and methylprednisolone. Though cognition improved, there was no immediate improvement in muscle weakness. The patient was then started on IV immunoglobulin, but the therapy was stopped after 2 days because the patient developed high fevers.

His care team then initiated plasmapheresis treatment, and the patient improved substantially. After five treatments, patient B was extubated, could speak and follow commands, and his lower-extremity weakness improved. His rash healed in 5 weeks. He was given IV rituximab, a monoclonal antibody therapy, and discharged to inpatient rehabilitation. At discharge, he was using an assistive walking device.

How encephalitis developed in either of these two cases is not known, the CDC report notes, so the best treatment approach is not clear.

Tecovirimat is recommended for severe monkeypox illness, the authors write, and corticosteroids can be considered if there is significant edema, demyelination, or acute disseminated encephalomyelitis-like disease. However, “the benefits should be weighed against the immunosuppressive risks during an active infection,” the authors write. IV immunoglobulin or plasmapheresis treatment can also be considered.

“Clinicians and public health professionals should be aware of the range of possible clinical presentations of MPXV and potential treatments,” the authors continue. “Suspected cases should be reported to state, tribal, local, or territorial health departments to improve understanding of the range of clinical manifestations of MPXV and treatment options.”