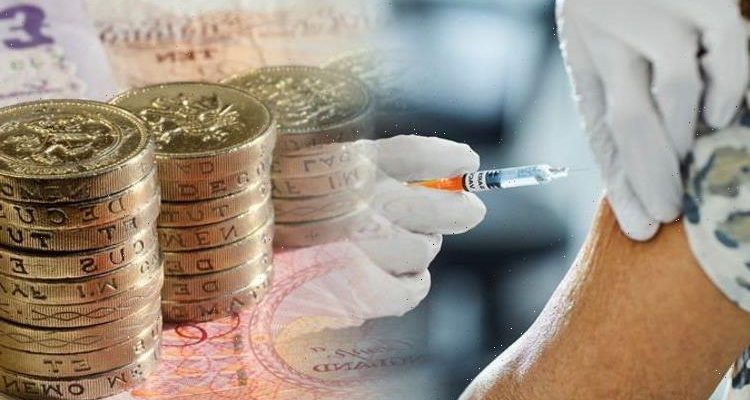 Vaccine hesitancy has seen a minority of the population resist the jab, citing reasons often rooted in conspiracy theories. Anti-vaccination efforts have hospitalised or killed people who might otherwise have lived, with some pleading for the jab as they take their final breaths. Deadly disinformation campaigns have puzzled officials for the last year, but one country has found a successful workaround.

Could you get paid to get jabbed?

Health officials want herd immunity, which requires approximately 95 percent of a given population to receive the Covid vaccine.

Herd immunity provides life-saving protection for people who can’t receive the jab due to allergies or immune system disorders.

In Sweden, coverage is still far behind this ideal level – but higher than the UK – at approximately 67.9 percent The national government is fighting an uphill battle against hesitancy.

Officials recently found they could buy their way to a higher vaccination rate.

Providing a modest incentive – the equivalent of £17 in the UK – increased uptake by more than four percent.

Applied to the UK, the incentive could persuade an additional two million people to receive both jabs.

The Government has not pursued a UK-wide incentive strategy but may want to soon.

Uptake has collapsed in recent months after a promising start which saw the country become one of the first in the world to pursue a national rollout.

By March, more than 500,000 people were volunteering to receive a jab every day.

But ministers are tackling a steep decline in uptake, which recently collapsed to around 33,000 per day.

DON’T MISS
Flu deaths could hit 60,000 this winter – how do I get flu jab? – EXPLAINER
The side effect seen ‘more frequently’ after Pfizer booster shot – FDA – ANALYSIS
Covid hotspots MAPPED: The 21 areas where Covid is on the rise – MAP

The UK isn’t alone in the experience, but among relatively few nations not offering an incentive.

Several states in the US have entered vaccinated locals into raffles and draws that could see them win up to $1.5 million (£1.09 million).

Vaccinated Germans can claim a prized bratwurst after receiving their jabs, while people living in the Philippines get entered into a raffle draw for goods, such as bumper bags of rice.

Other countries have pursued punitive measures to boost their national uptake.

People living in the Indonesian capital Jakarta risk a 5 million rupiah (£257.99) fine for skipping out on their jab.

Elsewhere, those refusing vaccination will find their freedom hampered.

Federal employees living in the US will need vaccinations to avoid travel restrictions or sometimes twice-weekly Covid tests.