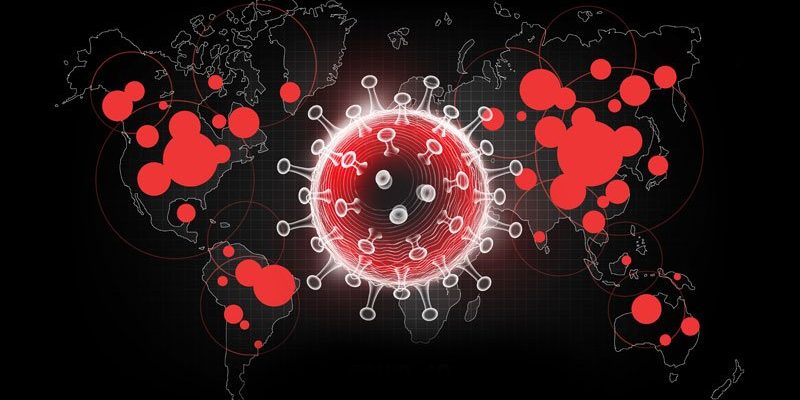 These are the global coronavirus stories you need to know about this week.

Japan started its COVID-19 vaccination drive on February 17. Hospital workers at the Tokyo Medical Center were among the first to be vaccinated with the Pfizer-BioNTech vaccine. The country plans to secure enough vaccines for its 126 million population by mid-2021.

Hong Kong is set to ease some social-distancing measures from February 18 for the first time since it was hit by a fourth wave of COVID-19 infections 3 months ago. Secretary for Food & Health, Sophia Chan, announced that some of the previously closed businesses will be allowed to reopen and dine-in services at restaurants will be extended to 10pm.

New Zealand has lifted the brief COVID-19 lockdown that was implemented in Auckland on February 15 after the UK SARS-CoV-2 variant was detected in a family of three. Vaccination in New Zealand is due to start on February 20.

Australia has approved the Oxford/AstraZeneca COVID-19 vaccine, making it the second vaccine approved for use in the country after Pfizer/BioNTech. Vaccination in Australia is expected to begin on February 22.

The UK’s target to offer first COVID-19 vaccination doses to the 15 million people in the four highest priority groups, including health and care workers, was met ahead of its Monday 15 deadline.

A new risk algorithm called QCovid was used to add 1.7 million people to England’s shielding list. The tool assesses health and personal factors, such as age, ethnicity, and BMI, as well as certain medical conditions and treatments.

Oxford University launched a COVID-19 vaccine study in children aged 6-17, and the UK became the first country in the world to give ethical approval for COVID-19 human challenge trials.

In Belgium, only 3% of the population has received at least one dose of a COVID-19 vaccine. The first cases of Brazilian variant were detected. The country’s largest vaccination centre closed 24 hours after opening due to a booking system technical problem.

In France, nearly 3,330,000 vaccinations had been administered by Wednesday. As part of the enhanced surveillance of COVID-19 vaccines that began on 11 February, the ANSM reported cases of severe flu-like symptoms after the first injection of the Oxford/AstraZeneca vaccine and cases of hypertension with the Pfizer/BioNTech vaccine.

For people who have already had COVID-19, the Haute Autorité de Santé (HAS) now recommends a wait of at least 3 months (preferably 6 months) before being vaccinated. It said a single dose is sufficient except in cases of immunosuppression. The HAS also published 10 factsheets on caring for patients with different forms of long COVID.

On Wednesday, the Spanish Minister of Health announced new priority vaccination groups: over-80s, 70 to 79-year olds, and 60 to 69-year olds. These groups will receive the Pfizer/BioNTech or Moderna vaccines. Catalonia has reported two cases of the Brazilian variant, which adds to the three registered in Madrid. The incidence of new cases of COVID-19 is going down, as is the number of deaths.

In Brazil, Carnival was cancelled for the first time having been previously postponed. As of Tuesday, 5,505,049 Brazilians have received a first dose of vaccine (2.6% of the population) and 308,791 have received a second dose.

Due to supply issues, vaccination was suspended in major cities such as Rio de Janeiro and Salvador. The Ministry of Health expects to distribute more vaccine batches next week. The Brazilian variant first identified in Amazonas has spread across the country. Experts believe that this and the UK variant have already spread more widely but are being identified only at test sites. As of Wednesday, the country had registered 9,921,339 cases and 241,000 deaths.

In Portugal, more than 140 doctors who volunteered to help the National Health Service (SNS) complained in an open letter that their offers have been ignored by the Government. The shortage of health professionals is one of the biggest bottlenecks in combating the pandemic in Portugal and has forced the country to resort to international aid.

The lockdown imposed on January 22 is having an effect with weekly average infections falling by more than 50% compared to the end of January. Despite the drop in cases, Prime Minister António Costa said lockdown will continue until March. As of Wednesday, Portugal has registered 788,561 cases and 15,522 deaths. More than 556,331 people have been vaccinated.

Italy is showing signs of a possible resumption of the pandemic, with an R number of around 0.95. The new Government, led by the former president of the Central European Bank Mario Draghi, is planning to set up new travel restrictions and possible weekend lockdowns. The National Institute of Health conducted a survey on February 3 and 4 on 853 samples, from 16 regions, and estimated a 17.8% prevalence of the UK variant at national level, in line with what was found in other European countries. Experts have recently observed high numbers of infections with this variant in children. Two areas in Lombardy where there were cases were declared ‘red zones’. Italy is still facing a shortage of vaccines and on Wednesday, emergency use of the Oxford/AstraZeneca vaccine was extended to people up to 65-years-old.

The average number of daily new coronavirus cases in the United States has dropped below 100,000 for the first time in months. With 55,000 new cases reported on Monday, the numbers are well below the peak of 300,000 per day in early January. Vaccination rates are increasing, with the federal government now promising to send 13.5 million doses per week to states, and doubling the number of doses delivered to pharmacy chains. As of Tuesday, 71.6 million vaccine doses had been delivered with 55.2 million doses administered. Around 39 million people have received one dose of Pfizer/BioNTech or Moderna vaccines, and about 15 million have received both doses.

Following the arrival of 870,000 doses of the Oxford/AstraZeneca vaccine from the Serum Institute of India to Mexico, vaccination for older adults began on February 15. The arrival of more than 490,000 doses of Pfizer/BioNTech vaccine will allow first and second doses for healthcare workers.

Vaccination efforts continue in Peru. By Tuesday there were 116,580 people vaccinated, 82.47% of the goal of 141,367 to be vaccinated in this first phase. However, a scandal arose over vaccination of some government officials and people they work with. An investigation has been launched into officials being vaccinated ahead of schedule and some government workers have resigned.

In Colombia, on Wednesday, vaccination began of frontline workers after the arrival of 50,000 doses of the Pfizer/BioNTech vaccine in the country.