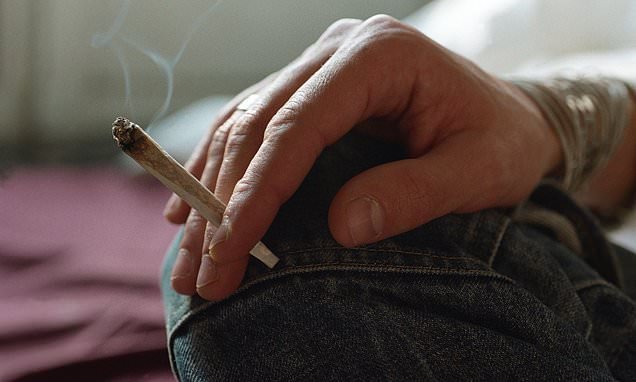 Despite getting the munchies, cannabis users are less likely to gain weight over time than non-users, a new study has found.

In fact, those who reported using the drug were more likely than others to be a healthy weight.

And yet, another study this month by University at Buffalo researchers found that most cannabis users (93 percent) say they snack after using, and 77 percent of them opt for unhealthy snacks. 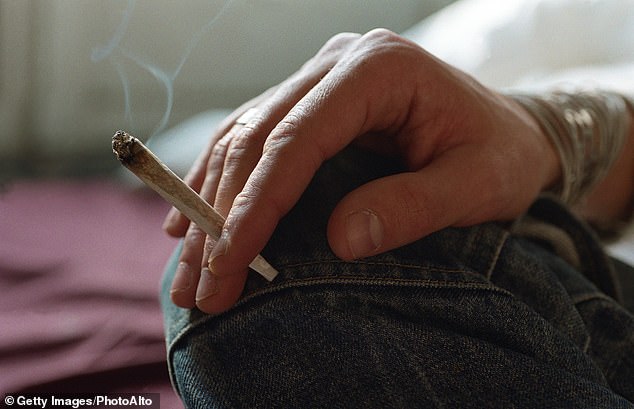 But experts say it’s a pressing issue as cannabis legalization sweeps the US, and obesity rates rise.

The study looking at cannabis users’ weight used data from the National Epidemiologic Survey of Alcohol and Related Conditions and looked at the BMI of 33,000 participants aged 18 and older.

The weight gain difference between users and non-users was modest but, over time, significant.

For example, a non-user who started the study at 5’7′ and 200 pounds was likely to gain 2 more pounds than someone the same build who did use cannabis.

‘An average 2-pound difference doesn’t seem like much, but we found it in more than 30,000 people with all different kinds of behaviors and still got this result,’ lead author Omayma Alshaarawy, an assistant professor of family medicine at Michigan State, said.

‘We found the users, even those who just started, were more likely to be at a normal, healthier weight and stay at that weight.

‘Only 15 percent of persistent users were considered obese, compared to 20 percent of non-users.’

The study that looked at snacking habits was smaller, surveying a group of 248 people at the 2016 Hash Bash, when students gather to discuss cannabis laws.

Eighty percent of the participants were somewhat high when they took part.

There were two parts.

Then, there was an experiment: they were offered a bag of chips or an orange as a ‘thank you’ for completing the survey, and 61 percent chose the chips.

Judging by Dr Alshaarawy’s study on weight gain – or lack of – that snack choice may not matter so much.

‘It could be something that’s more behavioral like someone becoming more conscious of their food intake as they worry about the munchies after cannabis use and gaining weight,’ Dr Alshaarawy said.

‘Or it could be the cannabis use itself, which can modify how certain cells, or receptors, respond in the body and can ultimately affect weight gain. More research needs to be done.’

However, she warns that marijuana should not be used for weight loss.

We know very little about how this correlation works, and how marijuana really affects weight.

‘There’s too many health concerns around cannabis that far outweigh the potential positive, yet modest, effects it has on weight gain,’ she said. ‘People shouldn’t consider it as a way to maintain or even lose weight.’