Nick Holt has opened up about his 2st weight gain during two months of intense chemotherapy for rare chest tumours in a bid to help others.

The 23-year-old first became aware of his health problems after developing severe chest pains which were affecting his job.

The treatment was a success but it left Nick severely weakened which meant he would get out of breath from just walking.

But now, with the help of MuscleFood, the brave survivor has opened up about his weight loss journey after his persistence paid off and is training to become a personal trainer.

It took him three months to lose the majority of the weight he’d gained and now he’s in the best shape ever.

Nick, from East Grinstead in Sussex, said: “I’ve been through hell but I’m so grateful to be alive and in great shape now. It all started out of the blue on a holiday to Scotland, but I had no idea there was a rare tumour in my chest.

“Without my girlfriend Isabel insisting I see a doctor, I might not be here today. Cancer was suspected following tests in February last year, but it took a CT scan, an X-ray and a biopsy to finally confirm the tumours between my heart and lungs in May.

“They gave me a choice between steady or intense chemo therapy, so I took the tougher and quicker option to get on with intense treatment straight away.

“I saw it as a challenge – there was no doubt in my mind that I could beat cancer. My worries were the reaction of friends and family – I hated telling people and seeing them get upset – and the potential financial impact.” 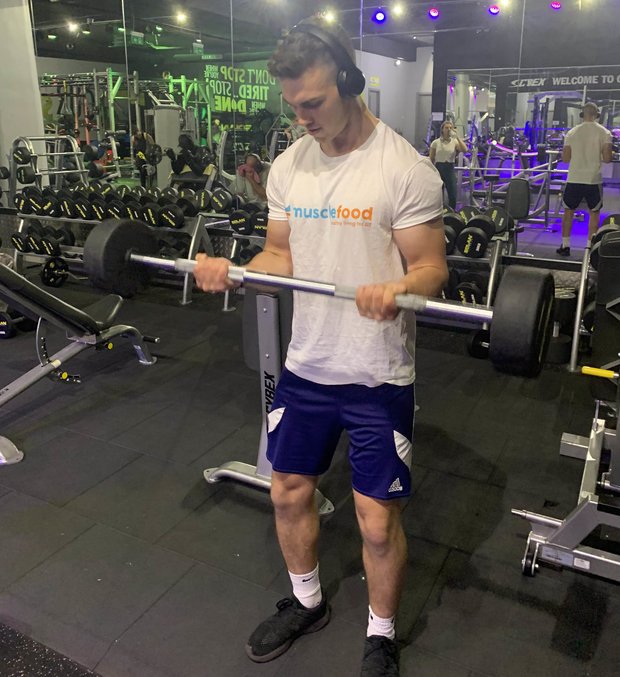 Currently qualifying to become a personal trainer, Nick is now dedicated to fitness and eating well.

He concluded: “I’m back down to my pre-cancer weight and waist size, but still wear the large t-shirts I brought at my heaviest thanks to the muscle I’ve gained – it’s now a nice feeling to pull on clothes that feel a bit tight and see the visual gains.

“Having changed my diet to get fit again after my chemo, I’ve really started to enjoy cooking healthily – I’m committed to nutrition now.

“My latest tests in April were all good – I’m still in remission – so I’m now training to be a personal trainer.

“I hope I can use my experience to help others who’ve been dealt a bad hand and are looking to make a change.”