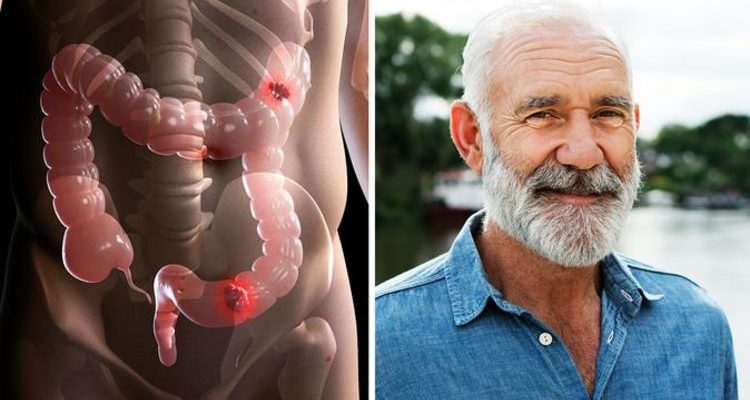 Processed meats include: sausages, bacon, ham, salami, and pates – all of which may have been preserved via smoking, curing, or salting.

Red meat includes beef, lamb and pork, which may contribute to the development of cancer in the bowel.

The charity elaborated that 13 percent of bowel cancer cases are linked to eating processed and red meat.

Other examples include “chicken nuggets” and “canned meat”.

Cancer Research UK stated: “It might help to swap red meat for chicken or fish. Or use beans and pulses in meals instead of meat.”

One “protective” dietary choice against bowel cancer is to eat lots of fibre-rich foods.

Simple swaps to increase the amount of fibre includes:

Aside from dietary considerations, there are other risk factors and protective factors against bowel cancer.

For instance, obesity is considered a risk factor for a deadly tumour developing in the bowel.

Eleven out of 100 bowel cancer cases have been attributed to obesity or being overweight.

Thus, it would be logically that maintaining a healthy weight is a protective factor.

Around seven out of 100 bowel cancer cases are linked to smoking, but this risk increases with the number of cigarettes smoked every day.

As for alcohol consumption, around six out of 100 bowel cancer cases are connected to this lifestyle choice.

The charity clarified: “Having one or more risk factors doesn’t mean that you will definitely get bowel cancer.”

When it comes to protective factors, aside from a high-fibre diet, exercise is key.

“There is strong evidence which shows that people who are more physically active have a lower risk of bowel cancer,” Cancer Research UK stated.

The NHS recommends everybody to exercise for at least 150 minutes each week.

As well as reducing cancer risk, exercise has been linked to lower blood pressure and cholesterol.