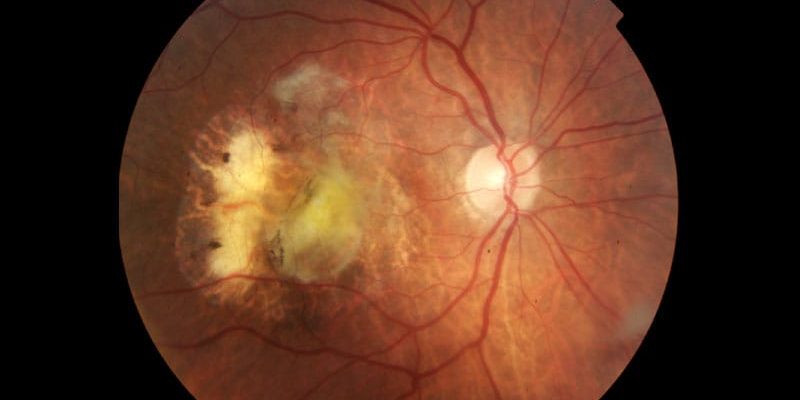 SAN ANTONIO — With brolucizumab (Beovu), visual acuity can be maintained and retinal fluid can be reduced for patients who are not benefiting from older drugs for neovascular age-related macular degeneration (nAMD), two real-world retrospective studies suggest.

Brolucizumab caused intraocular inflammation in a few patients in the two studies. Still, the modest benefits are enough to make brolucizumab a worthwhile option for patients who are not benefiting enough from other anti–vascular endothelial growth factor (VEGF) drugs, said Rehan Hussain, MD, of Retina Associates, Elmhurst, Illinois.

“I don’t think the goal is to improve vision, because realistically, these patients are not treatment naive,” he told Medscape Medical News. “So there’s sort of a limit on how much you can improve at this point. The goal is just to kind of prevent it from worsening and, if possible, give them a longer interval between injections.”

Hussain presented one of the studies here at the American Society of Retina Specialists (ASRS) 2021 Annual Meeting.

In clinical trials, brolucizumab proved capable of achieving results in visual acuity similar to those attained with aflibercept, ranibizumab, and bevacizumab while requiring fewer injections.

But after its approval by the US Food and Drug Administration, use of brolucizumab was found to be associated with intraocular inflammation, prompting the agency to issue a warning.

In the larger of the two studies, presented here by Scott Walter, MD, clinical assistant professor of ophthalmology at the University of Connecticut School of Medicine, Farmington, Connecticut, 530 eyes that had been receiving one of the three older anti-VEGFs were injected with brolucizumab instead.

Before the switch, patients’ mean letter score for visual acuity was 61.6. After a mean of 2.3 brolucizumab injections, visual acuity was essentially unchanged, at 61.1; the difference wasn’t statistically significant (P = .24).

But central subfield thickness dropped from a mean of 334.5 to 294.1 µm, which was statistically significant (P < .001). Macular volume also decreased.

In the study of 58 patients presented by Hussain, visual acuity remained statistically unchanged. Central subfield thickness decreased following the first injection with brolucizumab. That first injection freed 30% of patients of both intraretinal and subretinal fluid. None of the patients in the study had intraocular inflammation, and only 1 of 92 patients who underwent treatment with brolucizumab in the practice were diagnosed with this condition.

Future research may help pinpoint which patients are the best candidates for treatment with brolucizumab, Hussain said. “I think future studies could look at a subanalysis of internal fluid vs subretinal fluid,” he said. “I would be more likely to tolerate subretinal fluid and keep them on their original drug. If there is intraretinal fluid that was persistent, I will be a little bit more geared towards switching them to brolucizumab.”

Although in these studies there was no improvement in visual acuity, the anatomic improvements provide good evidence that for patients with persistent disease activity, switching to brolucizumab is worthwhile, said session moderator Arshad Kahani, MD, a clinical associate professor at the University of Nevada, in Reno, Nevada.

“We do know that patients with significant fluid fluctuations and changes in retinal thickness lose vision over time, so our goal is to control disease activity and dry the retina,” he told Medscape Medical News.

Laird Harrison writes about science, health, and culture. His work has appeared in magazines, newspapers, and online publications. He is at work on a novel about alternate realities in physics. Harrison teaches writing at the Writers Grotto. Visit him at lairdharrison.com or follow him on Twitter: @LairdH.