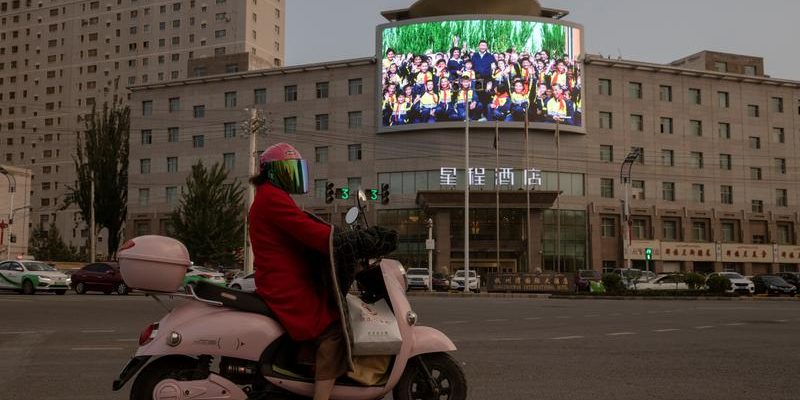 LONDON (Reuters) – Britain has proposed changes to legislation that would ban its health service from buying medical supplies made in China’s Xinjiang region, after pressure from rights groups over Beijing’s treatment of the Uyghur people.

Rights groups and lawmakers accuse China of widescale abuses against Uyghurs and other minority groups, including the torture, forced labour and detention of one million people in internment camps.

China says the camps are re-education and training facilities and denies any abuse, saying it is fighting religious extremism.

The government said on Friday it had put forward an amendment to the Health and Social Care Bill aiming to eradicate the use of goods and services in the National Health Service (NHS) that are “tainted by slavery and human trafficking”.

The amendment does not mention Xinjiang specifically but will help ensure the NHS is not buying or using goods or services produced by or involving any kind of slave labour.

It means regulations can be drawn up setting out steps the NHS should take to assess the level of risk associated with individual suppliers, and the basis on which it should exclude them from a tendering process.

“I want this to be a turning point in the UK’s mission to eradicate slavery and human trafficking in supply chains around the globe. As the biggest public procurer in the country, the NHS is well placed to spearhead this work,” said health minister Sajid Javid.

The government’s amendment follows a similar amendment proposed by lawmakers in the upper house of parliament.

The lower house will consider the amendments from Monday.