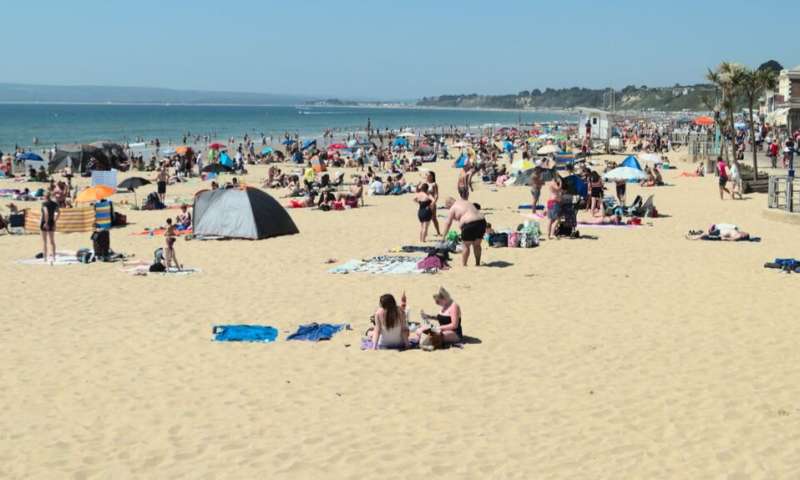 Britain is proving reluctant to start moving, despite the Government’s relaxation of a series of lockdown measures, according to data from the Oxford COVID-19 Impact Monitor. Official announcements have been made, lifting restrictions, but data from the Monitor shows the country is still moving less than 50% of the pre-lockdown distance.

Ten weeks’ ago, at the height of the lockdown, a 98% reduction in movement compared to pre-lockdown levels was recorded. But, as measures have been lifted, Government announcements have not been followed by immediate ‘spikes,” as might have been expected. In fact, the Monitor’s daily figures show, the return towards ‘normalisation’ has been slow and gradual—at a rate of around 2-3% percent a week.

Dr. Matthias Qian says, “We explain the slow and steady increase in mobility with the lockdown fatigue of the population while destination choices are limited. The key driver of population movement is the daily commute to work, and these commutes remain muted as many offices have yet to reopen.”

But, in Wales, movement was at 45% pre-lockdown levels, in Scotland it was at 43. Movement of Londoners, however, remained at some 36% of pre-lockdown.

This was an outlier in terms of the trend, however. The highest lockdown compliance level, 98%, was recorded was on Easter bank holiday Monday, when the Prime Minister had only just been released from hospital. And since then, there has been increasing movement, so that, by Monday last week, UK average travelling had increased to around 45% of pre-lockdown levels, according to the Monitor.

After 22 April, when the Government announced it was no longer an offence to leave home without an excuse, the Monitor showed an increased in movement of just 2% compared to pre-lockdown levels. And, after 13 May, when non-essential workers were allowed to return to work, if social distancing were maintained, there was a 1% increase in movement.

Dr. Adam Saunders comments, “What appears to be happening is that more people have started to move further but only around the area in which they live. Travel beyond these home areas is more limited. So people have an inherent need to get out and about but they are keeping those activities relatively local in comparison to pre-lockdown movement patterns.

He adds, “Despite an influx of beach-goers and illegal ravers making headlines, many Bitons are not travelling further afield beyond their local areas as they once did before lockdown.”

Data from the Monitor also reveals that there is considerable variation in regional movement patterns, with people in some locations consistently moving further than the average and some other regions. The population of the North East, which suffered a serious COVID-19 outbreak in May with double the rate of deaths of London, has consistently moved further than the national average, according to the Monitor, as have people in the South West. Meanwhile, London and Wales have consistently moved less than the average.

But Dr. Saunders continues, “As has been seen with the recent extension of lockdown measures in Leicester, given that people are still staying closer to home and moving less between areas and regions, the government can put in place targeted local social distancing measures to fight higher infection rates in specific locations where there are surges that can potentially be effective.”

The level of homestayers has followed similar trends, although the UK as a whole has decreasing numbers of home stayers every week. But the share of the population remaining at home is higher in Scotland and Wales than the national average. Meanwhile, supermarket visits have now stabilised at a level roughly 55% of pre-lockdown levels. This is also despite the opening of non-essential retail shops.