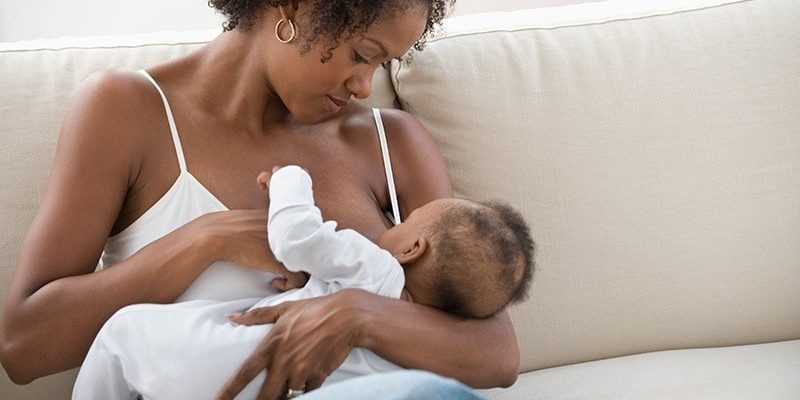 In a meta-analysis of more than 1 million mothers, those who breastfed their children had an 11% to 17% lower risk of developing cardiovascular disease (CVD), coronary heart disease (CHD), or stroke, and of dying from CVD, in later life than mothers who did not.

On average, the women had two children and had breastfed for 15.9 months in total. Longer breastfeeding was associated with greater CV health benefit.

This meta-analysis of eight studies from different countries was published online January 11 in an issue of the Journal of the American Heart Association devoted to the impact of pregnancy on CV health in the mother and child.

Breastfeeding is known to be associated with a lower risk for death from infectious disease and with fewer respiratory infections in babies, the researchers write, but what is less well known is that it is also associated with a reduced risk for breast and ovarian cancer and type 2 diabetes in mothers.

On the basis of existing evidence, the researchers write, the World Health Organization recommends exclusive breastfeeding until a baby is 6 months old, followed by breastfeeding plus complementary feeding until the baby is 2 years or older.

“We believe that [breastfeeding] benefits for the mother are communicated poorly,” said Tschiderer and Willeit, from the University of Innsbruck, Austria.

“Positive effects of breastfeeding on mothers need to be communicated effectively, awareness for breastfeeding recommendations needs to be raised, and interventions to promote and facilitate breastfeeding need to be implemented and reinforced,” the researchers conclude.

“Should Not Be Ignored”

Two cardiologists invited to comment, who were not involved with the research, noted that this study provides insight into an important topic.

“This is yet another body of evidence [and the largest population to date] to show that breastfeeding is protective for women and may show important beneficial effects in terms of CV risk,” Roxana Mehran, MD, told theheart.org | Medscape Cardiology in an email.

“The risk reductions were 11% for CVD events and 14% for CHD events; these are impressive numbers,” said Mehran, from Icahn School of Medicine at Mount Sinai, New York City.

“The caveat,” she said, “is that these are data from several trials, but nonetheless, this is a very important observation that should not be ignored.”

The study did not address the definitive amount of time of breastfeeding and its correlation to the improvement of CVD risk, but it did show that for the lifetime duration, the longer the better.

“The beneficial effects,” she noted, “can be linked to hormones during breastfeeding, as well as weight loss associated with breastfeeding, and resetting the maternal metabolism, as the authors suggest.”

Clinicians and employers “must provide ways to educate women about breastfeeding and make it easy for women who are in the workplace to pump, and to provide them with resources,” where possible, Mehran said.

Michelle O’Donoghue, MD, MPH, noted that over the past several years, there has been intense interest in the possible health benefits of breastfeeding for both mother and child.

There is biologic plausibility for some of the possible maternal benefits because the favorable CV effects of both prolactin and oxytocin are only now being better understood, said O’Donoghue, from Brigham and Women’s Hospital and Harvard Medical School, Boston.

“The current meta-analysis provides a large dataset that helps support the concept that breastfeeding may offer some cardiovascular benefit for the mother,” she agreed.

“However, ultimately more research will be necessary since this method of combining data across trials relies upon the robustness of the statistical method in each study,” O’Donoghue said. “I applaud the authors for shining a spotlight on this important topic.”

Although the benefits of breastfeeding appear to continue over time, “it is incredibly difficult for women to continue breastfeeding once they return to work,” she added. “Women in some countries outside the US have an advantage due to longer durations of maternity leave.

“If we want to encourage breastfeeding,” O’Donoghue stressed, “we need to make sure that we put the right supports in place. Women need protected places to breastfeed in the workplace and places to store their milk. Most importantly, women need to be allowed dedicated time to make it happen.”

Emerging individual studies suggest that mothers who breastfeed may have a lower risk for CVD in later life, but studies have been inconsistent, and it is not clear if longer breastfeeding would strengthen this benefit, the authors note.

The researchers acknowledge that study limitations include the fact that there could have been publication bias, since fewer than 10 studies were available for pooling. There was significant between-study heterogeneity for CVD, CHD, and stroke outcomes.

Participant-level data were also lacking, and breastfeeding was self-reported. There may have been unaccounted residual confounding, and the benefits of lifetime breastfeeding that is longer than 2 years are not clear, because few women in this population breastfed that long.

The research was funded by the Austrian Science Fund. The researchers and Mehran and O’Donoghue have no relevant financial disclosures.