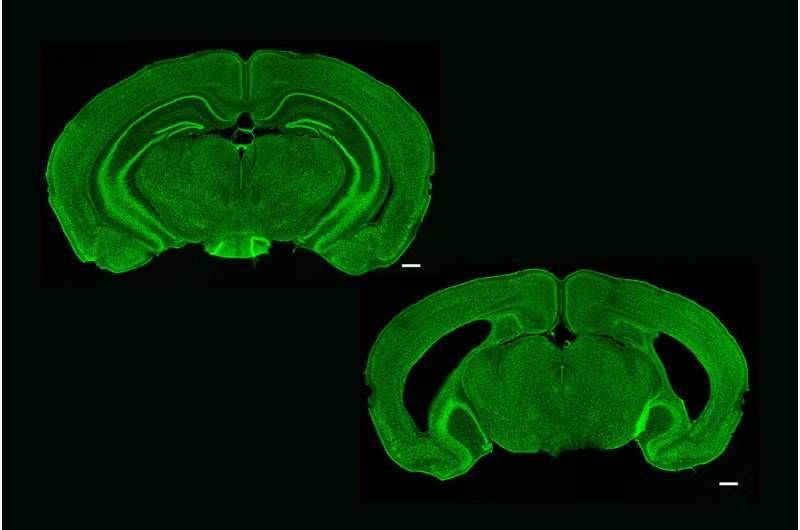 A new MIT study of how a mammalian brain remembers what it sees shows that while individual images are stored in the visual cortex, the ability to recognize a sequence of sights critically depends on guidance from the hippocampus, a deeper structure strongly associated with memory but shrouded in mystery about exactly how.

By suggesting that the hippocampus isn’t needed for basic storage of images so much as identifying the chronological relationship they may have, the new research published in Current Biology can bring neuroscientists closer to understanding how the brain coordinates long-term visual memory across key regions.

“This offers the opportunity to actually understand, in a very concrete way, how the hippocampus contributes to memory storage in the cortex,” said senior author Mark Bear, Picower Professor of Neuroscience in The Picower Institute for Learning and Memory and MIT’s Department of Brain and Cognitive Sciences.

Essentially, the hippocampus acts to influence how images are stored in the cortex if they have a sequential relationship, said lead author Peter Finnie, a former postdoc in Bear’s lab.

“The exciting part of this is that the visual cortex seems to be involved in encoding both very simple visual stimuli and also temporal sequences of them, and yet the hippocampus is selectively involved in how that sequence is stored,” Finnie said.

To have hippocampus and have not

To make their findings, the researchers including former postdoc Rob Komorowski trained mice with two forms of visual recognition memory discovered in Bear’s lab. The first form of memory, called stimulus selective response plasticity (SRP) involves learning to recognize a non-rewarding, non-threatening single visual stimulus after it has been presented over and over. As learning occurs, visual cortex neurons produce an increasingly strong electrical response and the mouse ceases paying attention to the once novel, but now decidedly uninteresting, image. The second form of memory, visual sequence plasticity, involves learning to recognize and predict a sequence of images. Here, too, the once novel but now familiar and innocuous sequence comes to evoke an elevated electrical response, and it is much greater than what is observed if the same stimuli are presented in reverse order or at a different speed.

In prior studies Bear’s lab has shown that the images in each form of memory are stored in the visual cortex, and are even specific to which eye beheld them if only one did.

But the researchers were curious about whether and how the hippocampus might contribute to these forms of memory and cortical plasticity. After all, like some other forms of memory that depend on the hippocampus, SRP only takes hold after a period of “consolidation,” for instance overnight during sleep. To test whether there is a role for hippocampus, they chemically removed large portions of the structure in a group of mice and looked for differences between groups in the tell-tale electrical response each kind of recognition memory should evoke.

Mice with or without a hippocampus performed equally well in learning SRP (not only measured electrophysiologically but also behaviorally), suggesting that the hippocampus was not needed for that form of memory. It appears to arise, and even consolidate, entirely within the visual cortex.

Visual sequence plasticity, however, did not occur without an intact hippocampus, the researchers found. Mice without the structure showed no elevated electrical response to the sequences when tested, no ability to recognize them in reverse or when delayed and no inclination to “fill in the blank” when one was missing. It was as if the visual sequence —and even each image in the sequence—was not familiar.

“Together these findings are consistent with a specific role for the hippocampus in predictive response generation during exposure to familiar temporal patterns of visual stimulation,” the authors wrote.

New finding from a classic approach

The experiments follow in a long tradition of attempting to understand the hippocampus by assessing what happens when it’s damaged. For decades, neuroscientists at MIT and elsewhere were able to learn from a man known as “H.M.,” who had undergone hippocampal removal to relieve epileptic seizures. His memory of his past before the surgery remained intact but he exhibited an inability to form “declarative” memories of new experiences such as meeting someone, or performing an activity. Over time, however, scientists realized that he could be trained to learn motor tasks better, even though he wouldn’t remember the training itself. The experiments helped to reveal that for many different forms of memory there is a “division of labor” among regions of the brain that may or may not include the hippocampus.

The new study, Bear and Finnie said, produces a clear distinction through the division of labor in visual memory between simple recognition of images and the more complex task of recognizing of sequence structure.

“It’s a nice dividing line,” Bear said. “It’s the same region of the brain, the same method of an animal looking at images on a screen. All we are changing is the temporal structure of the stimulus.”

The next question Bear wants to address, therefore, is whether an acetylcholine producing circuit links the hippocampus to the visual cortex to accomplish sequence learning. Neurons that release acetylcholine in the cortex happen to be among the earliest disrupted in Alzheimer’s disease.