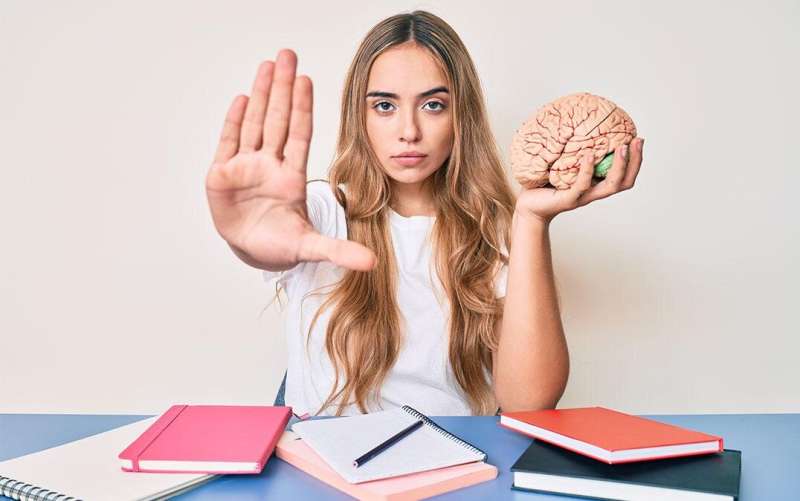 New methods of brain stimulation are being tested to see whether they can be used to enhance cognitive behavior. In this study, researchers from Japan have found that stimulation at specific frequencies can modulate thought processes related to problem solving.

In a study published this month in Scientific Reports, researchers from the University of Tsukuba have revealed that a non-invasive form of brain stimulation called repetitive transcranial magnetic stimulation, or rTMS, can be used to modulate brain rhythms and cognitive behavior related to “giving-up” during problem solving.

rTMS has been found to increase the synchronization of brain rhythms during cognitive tasks. Because specific brain rhythms are related to aspects of cognition, this could have great potential in helping people to enhance their cognitive abilities, something the researchers at the University of Tsukuba aimed to address.

“Prefrontal theta rhythms are known to be associated with cognitive control and conflict resolution, while alpha rhythms are related to the generation of new ideas during problem solving,” says lead author of the study Professor Masahiro Kawasaki. “Because rTMS can be used to alter neural activity, we wanted to investigate how stimulation at specific frequencies could affect problem-solving behavior.”

To do this, the researchers examined the relationship between brain oscillations and cognitive “giving-up” while participants performed problem-solving tasks. Then, they examined the effects of rTMS on brain oscillations and task performance. The task involved solving riddles, and the participants were allowed to indicate when they “gave up” on the task. “We found the theta rhythm in the frontal lobe of the brain was associated with “giving-up,” while the alpha rhythm was associated with successful problem solving,” explains Professor Kawasaki.

Next, the researchers applied rTMS at specific frequencies while the participants completed the same cognitive task, and measured brain waves and task performance.