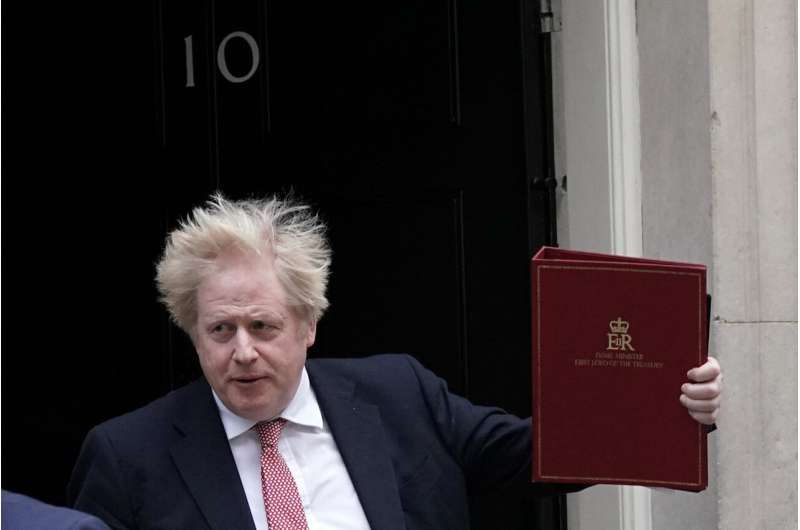 British Prime Minister Boris Johnson said Monday that he is scrapping of the last domestic coronavirus restrictions in England, including the requirement for people with COVID-19 to self-isolate.

Johnson said the country was “moving from government restrictions to personal responsibility” as part of a plan for treating COVID-19 like other transmissible illnesses such as flu.

“We now have sufficient levels of immunity to complete the transition from protecting people with government interventions to relying on vaccines and treatments as the first line of defense,” Johnson said.

Despite warnings from scientists that ending restrictions could weaken the country’s ability to monitor and track coronavirus, Johnson confirmed that mandatory self-isolation for people with COVID-19 will end starting Thursday, and the routine tracing of infected people’s contacts will stop.

People will still be advised to stay home if they are sick—but will no longer get extra financial support introduced during the pandemic for those who miss work.

Many people who think they have COVID-19 may never know for sure. Starting April 1, lab-confirmed PCR tests for the virus will be available free only to older people and the immune-compromised. The government will also stop offering the public free rapid virus tests, though they will be available privately for a price, as is already the case in many countries.

Yet the government stressed that the pandemic is not over and the virus could still spring nasty surprises.

Johnson said the fact that that Queen Elizabeth II tested positive for COVID-19 on Sunday was “a reminder that this virus has not gone away.”

Buckingham Palace said the 95-year-old monarch was experiencing mild, cold-like symptoms, was continuing with light duties and would follow all government regulations.

The new plan foresees vaccines and treatments keeping the virus in check. Everyone 75 and older will be offered a fourth vaccine dose, along with those 12 and up who have conditions that make them vulnerable to severe disease. The government said it will accept recommendations from its vaccine advisory group on whether fourth shots should be offered more widely. 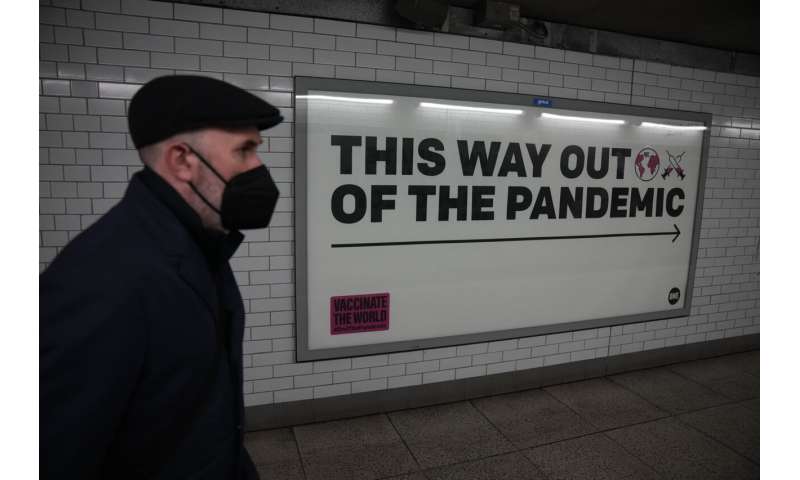 Some scientists, however, said it was a risky move that could bring a surge in infections and weaken the country’s defenses against more virulent future strains.

Andrew Pollard, director of the Oxford Vaccine Group, which developed the AstraZeneca vaccine, said “the decision about when and how to reduce restrictions is enormously difficult.”

He said it was essential to maintain “surveillance for the virus, an early warning system if you like, which tells us about new variants emerging and gives an ability to monitor whether those new variants are indeed causing more severe disease than omicron did.”

The government said it would retain a strong surveillance system, including the Infection Survey conducted by the Office for National Statistics, which is considered invaluable because it tests people whether or not they have symptoms. It said it also will keep the ability to ramp up testing if needed.

Johnson’s Conservative government lifted most virus restrictions in January, scrapping vaccine passports for venues and ending mask mandates in most settings apart from hospitals in England.

Scotland, Wales and Northern Ireland, which set their own public health rules, also have opened up, although more slowly.

Monday’s announcement applies only to England, which is home to 56 million of the U.K.’s 67 million people. It leaves England with fewer restrictions than most other European countries, with the exception of Denmark.

A combination of high vaccination rates in the U.K. and the milder omicron variant meant that easing restrictions didn’t lead to a surge in hospitalizations and deaths. Both are falling, though the U.K. still has Europe’s highest coronavirus toll after Russia, with more than 160,000 recorded deaths.

In Britain, 85% of people age 12 and up have had two vaccine doses and almost two-thirds have had a third booster shot.

The announcement was welcomed by many Conservative Party lawmakers, who argue that the restrictions were inefficient and disproportionate. It could shore up Johnson’s position among party lawmakers, who have been mulling an attempt to oust him over scandals including lockdown-breaching government parties during the pandemic.

Health psychologist Robert West, a member of a government advisory committee, said the Conservative government was abdicating its “responsibility for looking after its population.”