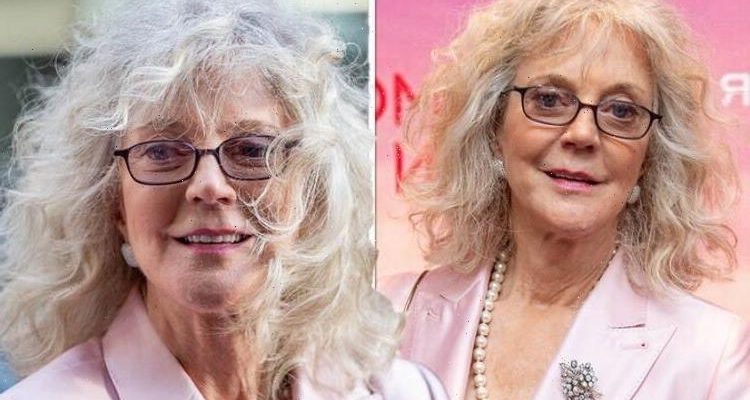 The actress first spoke out about her personal experience with the condition back in 2011, which first developed after she broke her foot back in 2009. The NHS explains that osteoporosis is a health condition that weakens bones making them fragile and more likely to break. The condition develops over several years and is commonly diagnosed after someone has a sudden fall or impact that causes them to break a bone. For Danner, her osteoporosis was connected to post menopause, which is also common for women.

Appearing on CBS News to talk about her condition, Danner said that at first, the ordeal of breaking her foot was “terrifying”, as she prided herself on her independence.

Not only did the actress have to cope with her health diagnosis, a few years earlier in 2002 she lost her late husband Bruce Paltrow to a battle with oral cancer.

“I’ve been really proud of my independence,” Danner said at the time.

“My husband was really the heart and strength of my family, he was extraordinary, and I really had to learn how to do it all on my own.

“But I thought, ‘How am I going to do this hobbling around?’ so I was really frightened.”

After her diagnosis with post menopausal osteoporosis, Danner became quite the advocate for the condition, and learnt some shocking statistics about the condition.

“One in two women over the age of 50 will have a fracture-related osteoporosis,” she said.

As a result Danner supported the launch of a website called act2reducefractures.com, now called Amgen. The company is now one of the world’s leading biotechnology companies, aiming to discover new medicines for patients with serious illnesses.

Danner also prioritised her own health, deciding that she would make a “healthy living plan” incase in the future she became unable to be as active as she once was.

“I am so grateful for it, actually, because it has made me do something consistently, to do everything I can to make my bones stronger,” she added.

Going on to talk about how she had to be more careful, especially when playing with her grandchildren, Apple and Moses, she continued to say: “Apple was doing cartwheels last week, and I really wanted to do a cartwheel, but I stopped myself.

“I thought, ‘Maybe I won’t be able to do that.’ And when I’m in my own private room, I’ll do some cartwheels. They run you ragged, but it’s such a happy ragged.

“I’m feeling really good about it,” she added, referring to her prognosis. “You know, I’ve got to check in with my doctor.

“I get out there and do things I’m supposed to do and get the message out.”

The NHS explains that losing bone mass is a normal part of ageing, but some people lose bone much faster than normal. This can lead to the onset of osteoporosis. There are also multiple other factors that can increase an individual’s risk of developing the condition such as:

The most common injuries that people with osteoporosis suffer from are a broken wrist, hip or spinal bones (vertebrae), however breaks can also happen in the arms and/or pelvis. In some cases, even a cough or sneeze can cause a broken rib or the partial collapse of one of the bones of the spine.

Although a broken bone is often the first sign of osteoporosis, some older people develop the characteristic stooped (bent forward) posture. It happens when the bones in the spine have broken, making it difficult to support the weight of the body.

Treatment for osteoporosis is largely based on treating and preventing broken bones and taking medication to strengthen your bones. Treatment is based on a number of factors including any previous injuries and an individual’s age.

Medication known as bisphosphonates is one of the most commonly used for osteoporosis. The medication slows the rate that bone is broken down in your body and reduces the risk of future breaks. They effects usually take around six to 12 months to work and individuals may need to take them for five years or longer.