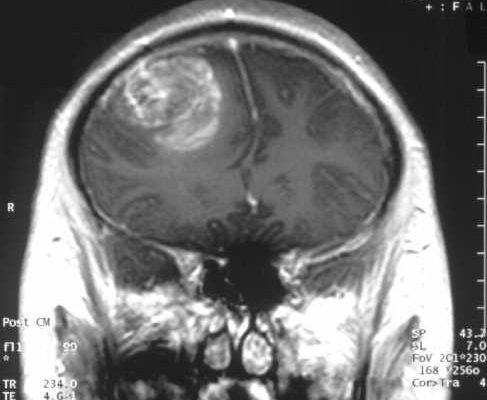 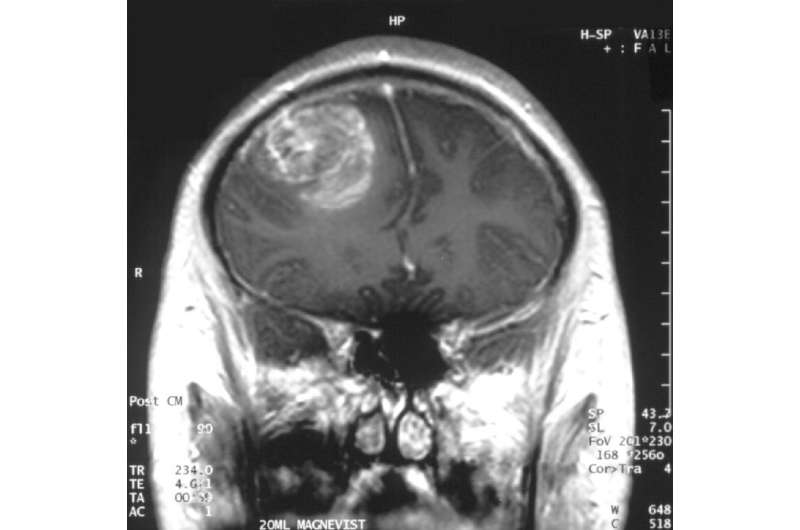 For the first time, scientists from the German Cancer Consortium (DKTK) partner site in Essen/Düsseldorf have discovered stem cells of the hematopoietic system in glioblastomas, the most aggressive form of brain tumor. These hematopoietic stem cells promote division of the cancer cells and at the same time suppress the immune response against the tumor. This surprising discovery might open up new possibilities for developing more effective immunotherapies against these malignant brain tumors.

The DKTK is a consortium centered around the German Cancer Research Center (DKFZ) in Heidelberg, which has long-term collaborative partnerships with specialist oncological centers at universities across Germany.

Glioblastomas are the most common dangerous brain tumor in adults; they grow diffusely into healthy brain tissue and are therefore almost impossible to completely remove by surgery. They defy the combination of surgery, radiotherapy, and chemotherapy and usually continue to grow unchecked. Even immunotherapies, which achieve good results in some cases in other types of cancer, have had no effect on these malignant brain tumors to date.

“Glioblastomas apparently create an environment that actively suppresses the immune response,” explained Björn Scheffler, DKTK Professor of Translational Oncology at the West German Tumor Center in Essen, partner site Essen/Düsseldorf. “They produce immunosuppressive messengers, and in the immediate environment of the tumors we find certain types of immune cells that specifically suppress the immune defense.”

Researchers were not previously aware of the variety of immune cells in the microenvironment of glioblastomas in any detail. Yet Scheffler and his colleagues realized that a precise knowledge of the cellular composition of glioblastomas was necessary in order to be able to overcome tumor-related immunosuppression using appropriate treatments.

In tissue samples of 217 glioblastomas, 86 WHO grade II and III astrocytomas, and 17 samples from healthy brain tissue, the DKTK researchers used computer-assisted transcription analyses to draw up profiles of the cellular composition. The tissue samples were taken directly from the resection margins—where remaining tumor cells and immune cells meet.

The team were able to distinguish between signals from 43 cell types, including 26 different types of immune cells. To their great surprise, the researchers discovered hematopoietic stem and precursor cells in all the malignant tumor samples, while this cell type was not found in healthy tissue samples. “Blood stem cells are actually found in bone marrow, from where they supply the body with all kinds of mature blood cells—obviously including all the different types of immune cells. Blood stem cells of the brain tumor itself have never been described before now,” remarked lead author Celia Dobersalske.

An even more surprising observation was that these blood stem cells seem to have fatal characteristics: They suppress the immune system and at the same time stimulate tumor growth. When the researchers cultured the tumor-associated blood stem cells in the same petri dish as glioblastoma cells, cancer cell division increased. At the same time, the cells produced large amounts of the PD-L1 molecule, known as an “immune brake,” on their surface.

Tumor organoids—tiny tumors grown in a petri dish from the brain tumor cells of individual patients—reacted to the blood stem cells too. In the presence of these cells, the cancer cells formed a network of cell processes that connects them. Only a few years ago, scientists from the DKFZ and Heidelberg University Hospital discovered that glioblastoma cells communicate using these connections and can thus protect themselves against treatment-related damage.

All these observations suggested that the blood stem cells found in glioblastomas have a negative impact on the course of disease. This was confirmed in a study of 159 glioblastoma patients for whom data were available on the clinical course of disease. In this group of patients, it was consistently observed that the more blood stem cells a tumor contained, the more immunosuppressive messengers were released and the more immunosuppressive markers the cancer cells formed—and the lower the overall survival of the patients was.

In order to investigate brain tumor blood stem cells in more detail, the authors teamed up with the Department of Neurosurgery at Essen University Hospital to extract individual cells from fresh patient tissue. Using gene expression sequencing in 660 individual cells, the researchers created a profile and compared it with cells from healthy bone marrow and blood. Analysis of these data led to several specific new suggestions as to how this tumor-promoting cell population could be made harmless.