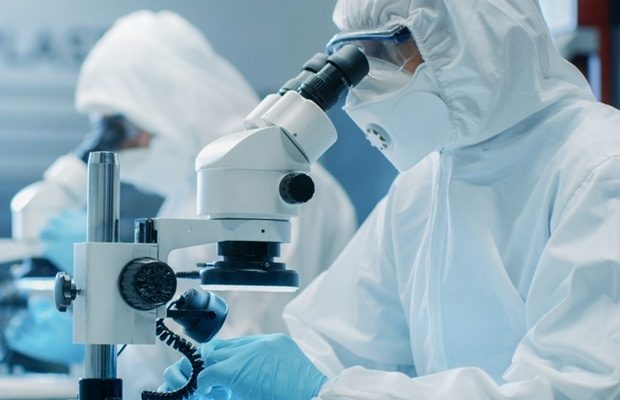 Holographic devices are used for security enhancement, entertainment, 3D display technologies and augmented reality but not limited to them. Due to their high information capacity, the ability to track ongoing external processes by assessing changes in the diffraction pattern, as well as well-established and simple methods for their production from various materials, holograms are finding new applications in various fields of science and life.

In a new paper published in Light Science & Application, a team of scientists, led by Professor Gleb Sukhorukov from Laboratory of Remote Controlled Biomaterials, V. Zelman Center for Neurobiology and Brain Rehabilitation, Skolkovo Institute of Science and Technology, Moscow and co-workers have developed a new manufacturing routine and application of binary amplitude-only holograms. The proposed direct drug printing (DDP) technique works with water-soluble substances, but can be adapted to other types of drugs, if necessary. Numerically and experimentally, they have shown the ability of the diffraction pattern to reflect the amount of cargo remaining in the hologram after a certain amount of time. This unique feature of holographic packaging systems can potentially be used in a wide range of tasks requiring monitoring of the amount of emitted substance. The authors summarize their research as follows:

"We introduce an additive approach of producing bio-compatible DOEs using direct drug printing (DDP). Bio-active substances are hot-printed onto the surface of the flat polymer film as cargo bits. Spatial distribution of cargo bits forms the precomputed DOE. In our approach, the bioactive substance does not interact with any organic solvents and is placed "as is" onto the inert biopolymer, ensuring no changes in the pharmacological effect of the drug" the scientists forecast.

"The resulted film acts as a transmissive amplitude-only hologram. This cargo packaging system, that creates a clear far-field diffraction pattern when illuminated by a coherent light source, can find its place in various biomedical problems. One direct applications of payload holograms is tracking the lifespan of colorless content and measurement of the characteristic release time of active substances under various environmental conditions. The most likely application of our technology is to complement the standard antibiotic testing procedure. Adding a visual channel for tracking the drug release, which requires only the presence of a coherent light source, will significantly improve the assessment of the effect of the antibiotic and allow to control visually the release time and amount of eluted cargo" they added.